My favourite comedian by Irwin from Felix and the Scootermen

Irwin from Felix and the Scootermen writes a piece for Female First ahead of their new show Self- Help Yourself Famous. 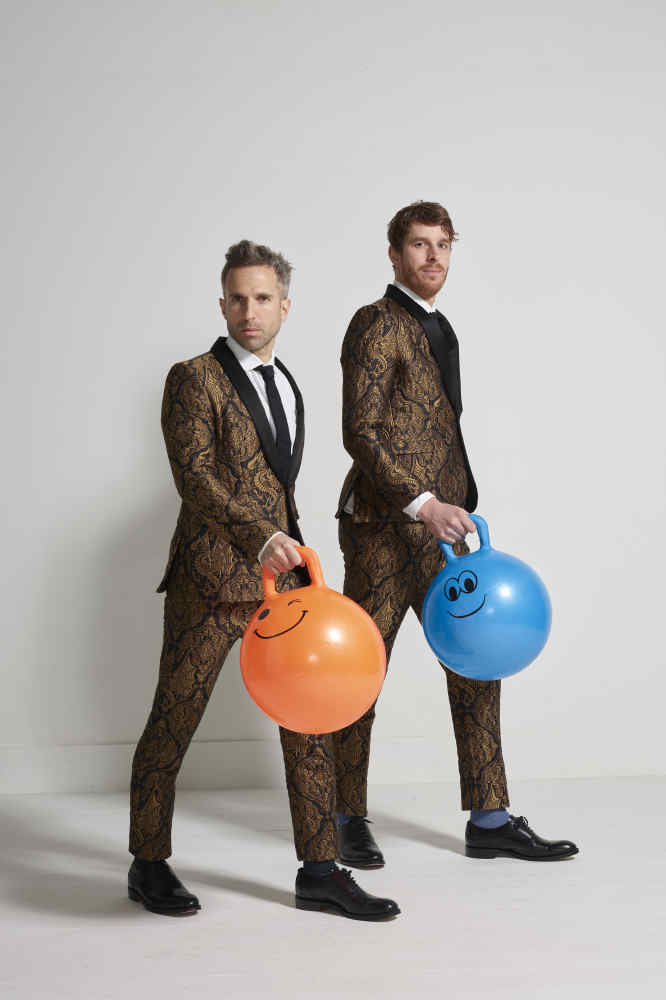 I've never questioned why I/we love this man's work as it's been in our lives since I remember taking my first tentative laughs as a baby. Of course, back then I could barely break a chortle, but with help from Ianucci, I was soon breaking fourth with lung-busting roars of laughter. On re-reading that sentence it seems excessive and as though I've got my dates wrong as Ianucci isn't even 60 yet, and I'm but a tender waif of but 40 years. I appreciate choosing a national treasure, like Ianucci, is a little like saying The Beatles are your favourite band but “a good explanation assuages all injury”, said me just then quoting myself in real time. Why he sprang to mind is his ability to bounce seamlessly from absurdism to satire - or maybe that's absurdist-satire? - I mean Death of Stalin is an absurd film, but that absurdity was embedded in historical events so perhaps it's just a film documenting an absurd turn of events?! And WHAT satire! At any rate, his writing feels so unlaboured and joyous, whether in his own comedy – The Armando Ianucci Shows – or his ridiculous litany of writing credits for others (The Day Today, The Thick of It, etc)

I realise, I’m writing this without truly knowing the extent of his input in the writing room as Ianucci is such a fan of collaboration, as told by the credits on nearly every production he’s worked on. For all I know, he rocks up to a room full of junior writers three hours late, in sunglasses and stinking of last night’s peach schnapps. Slinging his feet on the desk he barks at an intern for a list of their hottest gags which he summarily approves and claims as his own before swanning off for happy hour with David Hasselhoff and Pete Doherty. For all I know. But that doesn’t sound like the Armando I don’t know but love.

A wise man once told me, inbetween bursts of the Zumba class he was leading, that true art is 3-dimensional. Pleasing to the senses, mind and soul. Ianucci’s comedy has the desired effect of eliciting guffaws but it seems almost ancillary to the point being made and there’s almost always a point. I’d like to interrupt myself to say I have no problem with something just being funny. What’s wrong with that? Nothing. Like a pop song about “getting down” for the sake of a good time. Fine with it. Not a problem. For me, it’s about something being successful in accomplishing what it’s setting out to achieve. Ianucci sets such a high bar: finding humour in the frantic policy making of our leaders (The Thick of It), reflecting the attitudes of middle England back to itself (Mid-Morning Matters with Alan Partridge) or tackling behind the scenes of another countries political machine (Veep*). There’s such a long way to fall. And he hasn’t. For me, it’s like watching a tight-rope walker. Popular songsmith, Eg White once told me: “Why write a song? There’s enough of em out there. If you’re gonna write one, you’d better have a reason. You’d better have something to say”. That stuck with me so much, I was very tempted to pass his words off as my own just then. It’s something I think about with every song I write and the idea of having fun whilst saying something we believe in was a big part of the writing process for Al and I for our comedy-musical: Self-Help Yourself Famous.