As one of the big classic movies of the 80s, people give me an odd look when I tell them I've never seen Footloose. It's almost something I have to confess. I know a couple of songs from the movie, the titular one of course sticking with me as it does to anybody who listens to it, but when I walked into the Palace Theatre last night (March 14) I didn't know what to expect.

Running 15 minutes late, the news came that Luke Baker would not be a part of the night's production in the lead role of Ren McCormack, with understudy Thomas Cotran stepping in. I was worried. Despite that Cotran had clearly rehearsed just as hard for the role as he delivered a stellar performance, only faltering slightly during his mostly solo song 'I'm Free'. His voice was at its best when he performed with others as he allowed them to take the lead and then helped to provide some gorgeous harmonies. This came through especially well when he joined Ariel Moore - played by Hannah Price - with 'Almost Paradise' in the second act. Though he may have been outsung at times he wasn't outdanced. His choreography was slick and infectious, especially so during 'I Can't Stand Still'.

Price as Ariel was a real treat for the ears. Confident on stage and sure of her ability she allowed herself to fully give in to the music and lyrics she faced, and it was something that trickled down to the girls performing alongside her. The ladies involved in Footloose really are incredible with Natasha Brown, Joanna Sawyer and Miracle Chance (Wendy-Jo, Rusty and Urleen respectively) working perfectly together. Their 'Somebody's Eyes' performance was mesmerising and they provided many a laugh, with 'Holding Out For A Hero' inducing real goosebumps.

Gareth Gates was a pure delight. He undoubtedly stole the show and received the night's biggest cheers. Through his brilliant comedic timing and gorgeous vocal ability he had the audience whooping and smiling at his incomparable portrayal of Willard. Though he doesn't get too much time to shine as a solo vocalist in this show, there is one number - 'Mama Says (You Can't Back Down)' - which he delivers impeccably well. There's also a surprise from Gates during 'Holding Out For A Hero' which got everybody in the theatre a little hot under the collar. Gates' performance is perhaps the one that surprised me the most and for all the right reasons. He's at one with the stage and his future with theatre surely has to be a very bright one.

Though we unfortunately never get to see Willard's mother, we do get Ethel McCormack with actress Nicky Swift, an extremely talented musician who takes on a number of roles and gives her all to each of them. As Betty she's hilarious, as Ethel she's the caring and protective mother who simply wants the best for her child and tells him he shouldn't be afraid to go get it, and as Coach Dunbar she's an insufferable physical education tutor who has allowed the power to go right to her head. Excelling at all three, very different roles just proves how much of a talent Swift is.

Maureen Nolan gave a spirited performance as the Reverend's wife Vi Moore, but seemed to slip back into her Irish accent on a couple of occasions during the first act. Luckily, whatever was causing this seemed to dissipate by the time she returned for the stage for act two, but she did seem to get swallowed up by everything going on around her at times.

Similarly, Rev Shaw Moore, played by Nigel Lister was a character that didn't set the audience alight. We were made to dislike him through the storyline and his action and that we did, and so he was perhaps given a little too much time in the spotlight for slow numbers which didn't blend well with the more exciting and upbeat stuff.

Matthew Tomlinson's Chuck was also easily unlikeable, with the actor playing up to the role of villain extremely well. He shined in 'The Girl Gets Around' but, like the Reverand never really seemed to 'pay' for his sins. It's a plot hole or perhaps a reflection of the time in which it is set, but women going back to men who physically abuse them with smiles on their faces, allowing everything to be forgotten isn't a great message to put out to the world.

What's great and really unique about Footloose is that many of the castmembers double up as parts of the orchestra, with every single person who steps on stage at one point picking up or sitting down at an instrument to add to the production in a way rarely seen. An actor-musician show such as this must be an extremely challenging one to pull off, but director Racky Plews has really come through.

With a little trimming around the edges, Footloose could be an incredibly tight production. For now it's a great if slightly bloated presentation, but utterly worth a night out at the theatre.

Footloose runs at the Palace Theatre from Monday 14 to Saturday 19 March. 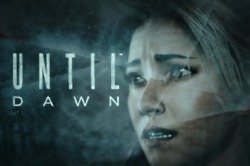