Rebecca Perry writes a piece for Female First ahead of her new show From Judy To Bette at the Edinburgh Fringe Festival.

Canadian Triple Broadway World award-winner REBECCA PERRY, loved for her Confessions of a Redheaded Coffeeshop Girl shows will be diving all-singing and all-dancing into the Golden Age of Hollywood with FROM JUDY TO BETTE: THE STARS OF OLD HOLLYWOOD, at this year’s Edinburgh Fringe Festival. Embodying a host of convention-breaking female megastars, the show is powerful love song to the stage presence and real-life chutzpah of these formidable women. Here she talks Female First readers through the inspiring women her show is about and why she chose to write about them. 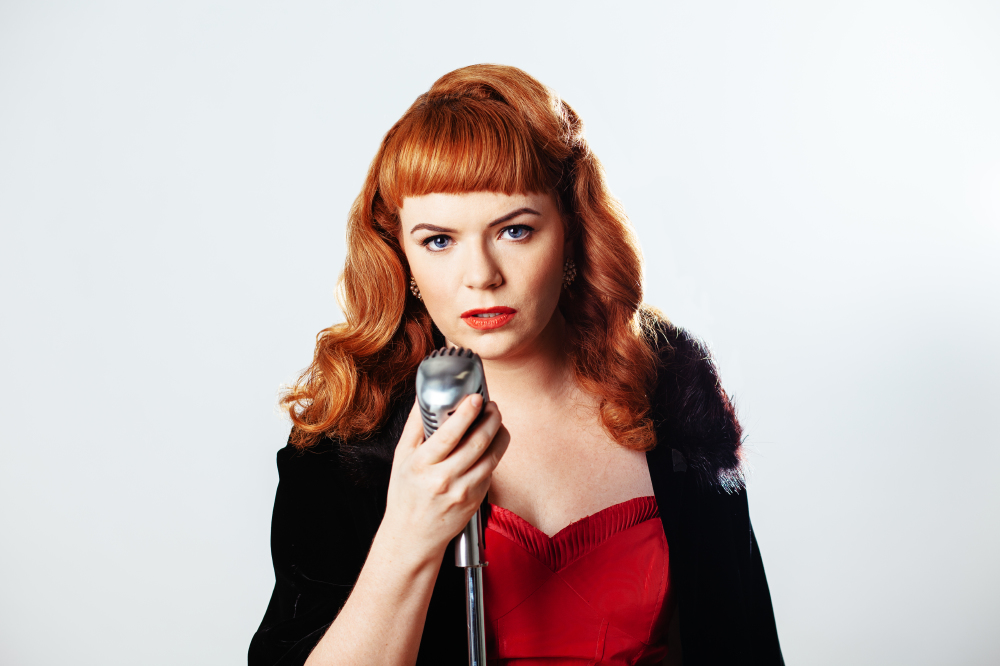 From Judy To Bette by Tanja Tiziana

Let me set the scene: it’s a rainy day fifteen-some odd years ago, and my mum - one of the hardest working people I know - has gone out of town for a conference for the weekend, so my grandmother is babysitting me. She’s introducing me to Singing in the Rain and Meet Me In St. Louis.

Weekends like that were the start of what rapidly became a love affair with the wonderful world of black and white movies - and more specifically, the classic MGM musicals. I was hooked. It was a world of big studios, big budgets and big, frilly costumes!

It started with a love of Old Hollywood’s glamour, but the more of these movies I watched, the more I gravitated towards the strong female characters who were not the typical ingénue - the women who stood out for various reasons. Whether they were brash and in your face, the only female onscreen who was funny, or their songs held a power over my heartstrings long after the movie was over: something about each of them stayed with me. I liked them. I felt invested in them. They caught my attention far more than the glamazons draped in ballgowns showcasing “a bit of leg”, who barely spoke.

From Judy to Bette: The Stars of Old Hollywood is a love letter to these women - it is the story of my love affair with old Hollywood films and the stories about some of their unique leading ladies; my tribute to their voices, both literal and metaphorical.

The show looks at Judy Garland, Lucille Ball, Bette Davis and Betty Hutton who were all trailblazers refusing to be “just another ingénue” during the Golden Age of Hollywood cinema. Weaving scandalous headlines, famous songs and comedy gold, the show takes the audience on a journey through their groundbreaking careers, their famous movies and songs that still live on today.

These four women were actors that you heard both on screen and off - actors who made waves, standing up for equal treatment of women in a field that would not have been ready to engage with feminism, even if it had existed back then as the widely recognized concept it is today.

All four were one-of-a-kind. They set records; they changed the idea of what a female lead was supposed to be, making her so much more than a pretty face; turning the tides for generations of women who followed them. They set the bar higher than it had ever been set before. Finally, women onscreen had substance.

I have already written two shows that chronicle the ins and outs of a strong female lead - Joanie Little - known as the Redheaded Coffeeshop Girl - which came to Edinburgh in 2015 and 2016, and this time around I decided to create a show about the legendary ladies who’ve inspired me as a writer, as an actor and as a woman. They were and are icons, deservedly so.

Ultimately though, I chose to write this show about these four women because they left Hollywood in a better place than when they found it.