Geoff Norcott talks to us about his new show 'Right-Leaning But Well-Meaning'.

Geoff Norcott's 'Right-Leaning But Well-Meaning' is at Underbelly George Square in August so we caught up with him for a little Q and A. 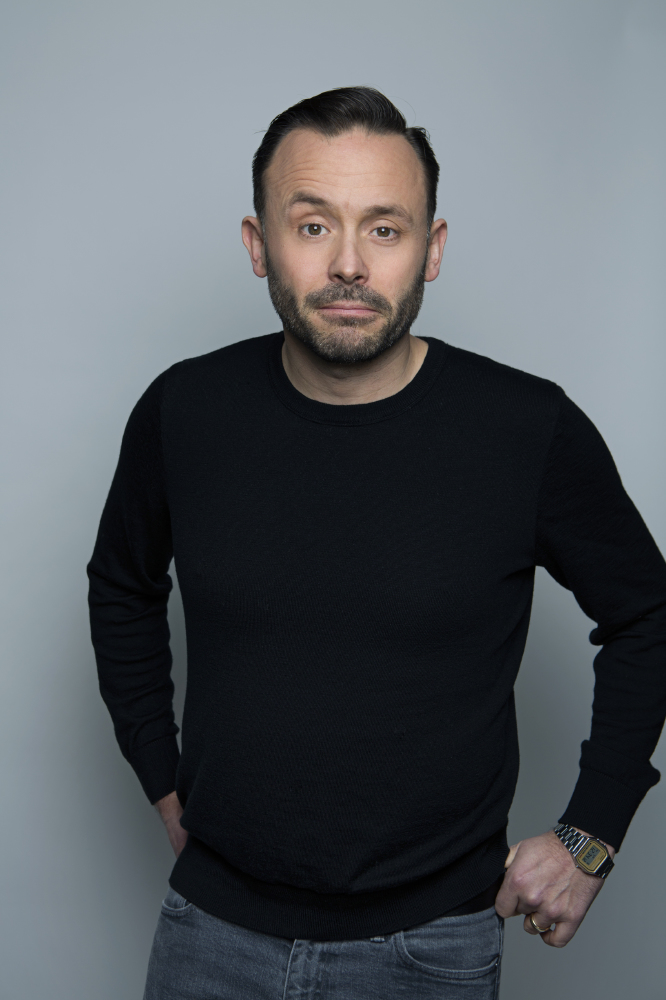 I’m a political comic, but I try to do it with a light touch…. I have to really, because I also vote Conservative.

Tales from appearing on Question Time, thoughts on the General Election, why I struggle with compassion and paying tax, why my wife thinks I have ‘resting coma face’…..all this and more.

Like a lot of comics, Bill Burr and Louis CK. They have a raw simplicity about what they do. They can go from politics to everyday observational humour and it doesn’t really seem like a stretch. Even though I do politics I might still want to break out into a story about my one armed father going to a fancy dress party as a one armed bandit.

My dog. She’s the most unbelievable coward. This morning she got chased on our walk by a kitten. In her time she’s been bullied by any number of small animals. It’s like she doesn’t know she has teeth.

When Sarah Millican was nice enough to let me open for her at the Apollo.

Though my sister Facebooked that her brother was ‘Live at the Apollo’ so I spent another few months explaining to my friends why I wasn’t on telly. So in some ways it was both my best and worst.

Yes, but it’s not rational these days. I can go in in a big theatre and be fine. Then sometimes I’m walking out in a small room above a pub and I get anxious. Maybe I’m just claustrophobic.

Everyday there are loads of people walking around who want to see shows and who want to laugh. It’s a challenge making them think yours is worth a look, but one that I enjoy.

And if you don’t get audience you can drink until 4am and no-one even thinks that’s weird.

My wife and kid are coming up for the middle bit. Sorry if that’s soppy but you never specified they had to be performers.

If you ever stop aspiring consider retiring.

‘Would you PLEASE stop swearing’ (My Mum)

I have a holiday with my wife, kid and in laws booked. It normally takes me a while to wind down from the fringe so I may still be trying out material on Spanish waiters, but I’ll calm down eventually.