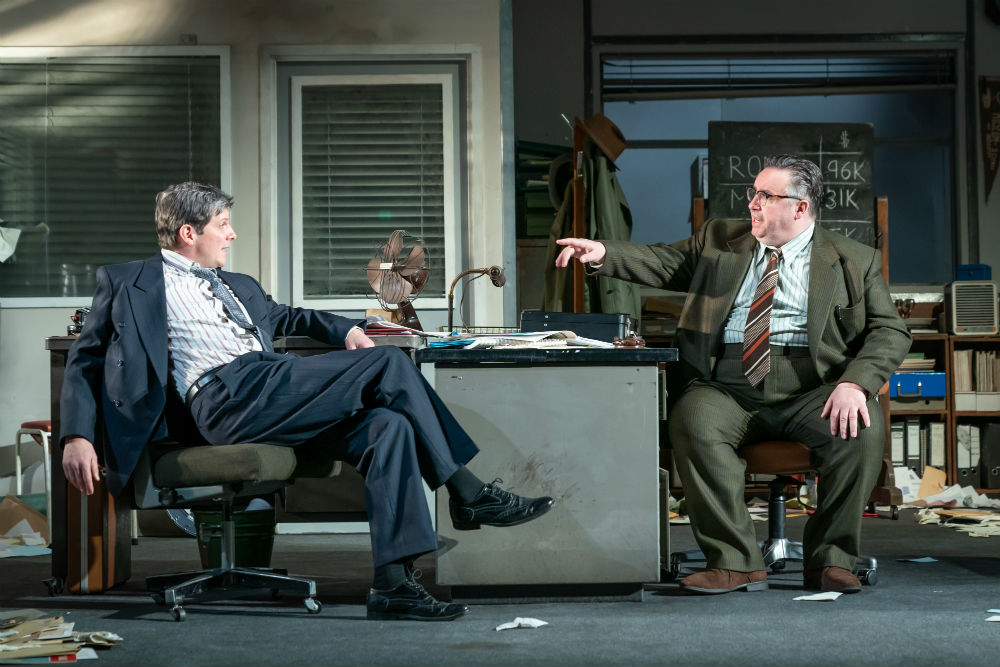 Glengarry Glen Ross is unlike any show I've ever seen. The play tells the story of a group of real estate salesman in New York City who are all down on their luck, facing a swift firing if they don't make big bucks at the top of their office's sales board. It's a difficult time for the men who take up the job, and as such, their toxic masculinity is on full display throughout.

I found my mind wandering at multiple points throughout the first act, which doesn't say much for a part of the show that lasts only half an hour. Instead of listening to the fast-talking characters, I was counting the number of Chinese lanterns hanging from the roof of the run-down Chinese restaurant set.

Though that of course isn't the aim of the show's director, Sam Yates, it did give me an opportunity to really take in the brilliance of the stage design, from Chiara Stephenson. There are few sets I have seen as intricately detailed as this one; it was utterly beautiful.

The six leading characters were each introduced through this opening act; five real estate salesman, and one client who can't help but be suckered in by what looks to be a brilliant deal. The acting on display from all was tremendous, there's no doubt about that. Nigel Harman's American accent did slip a little at times into Kermit the Frog territory, whilst Denis Conway's Irish roots also came through at moments, but these were minor troubles. 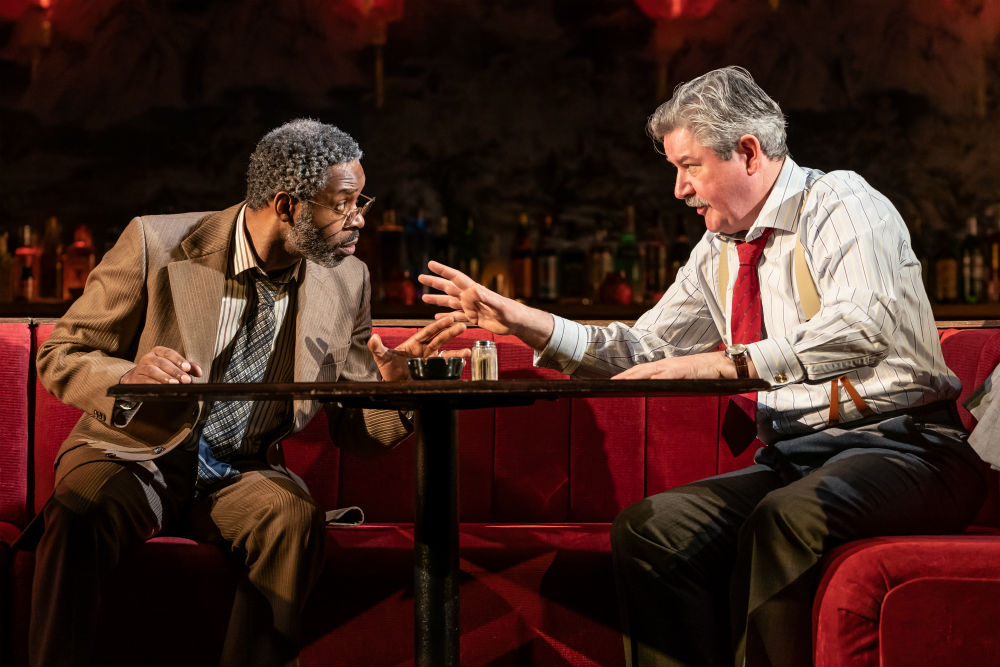 In the second act especially, the ensemble ensured that all eyes remained on them as they dealt with the turmoil of a robbery in their office the night before. Wil Johnson must be given his dues for portraying the constantly-paranoid and shifty John Williamson with ease. He doesn't believe in his ability to remain in the real estate business, and is easily influenced by those around him.

It was Mark Benton however, who stole the show. His performance was on fire from the moment he stepped out onto the stage. He was believable as the former sales expert who was having a hard couple of months, Shelly Levene, and forced the audience to sympathise with his position through humour and charm.

This play may not have been my cup of tea, but it's certainly done well to impress thousands throughout the years and maintain a strong grip on the world of theatre. Whilst that grip may be loosening slightly, and the story may be in need of an upgrade or rewrite, it still has its loyalists.

On a personal level, I'm just glad it had such strong talents taking up the character roles, or my attention may have waned completely.