10 Things that make me laugh by Rose Robinson from Great British Mysteries: 1599?

Rose Robinson writes a piece for us ahead of her new show Great British Mysteries: 1599? at the Edinburgh Fringe Festival.

The TV Series ‘Camping’. I watched the entire series on the train back from the Fringe, the day after a break-up. As you can imagine, I was not in a particularly laughy mood, but thanks to the genius that is Julia Davis, I was in stitches the whole way home. The entire cast are flawless, another fave being Vicki Pepperdine, who plays sourpuss Fiona. 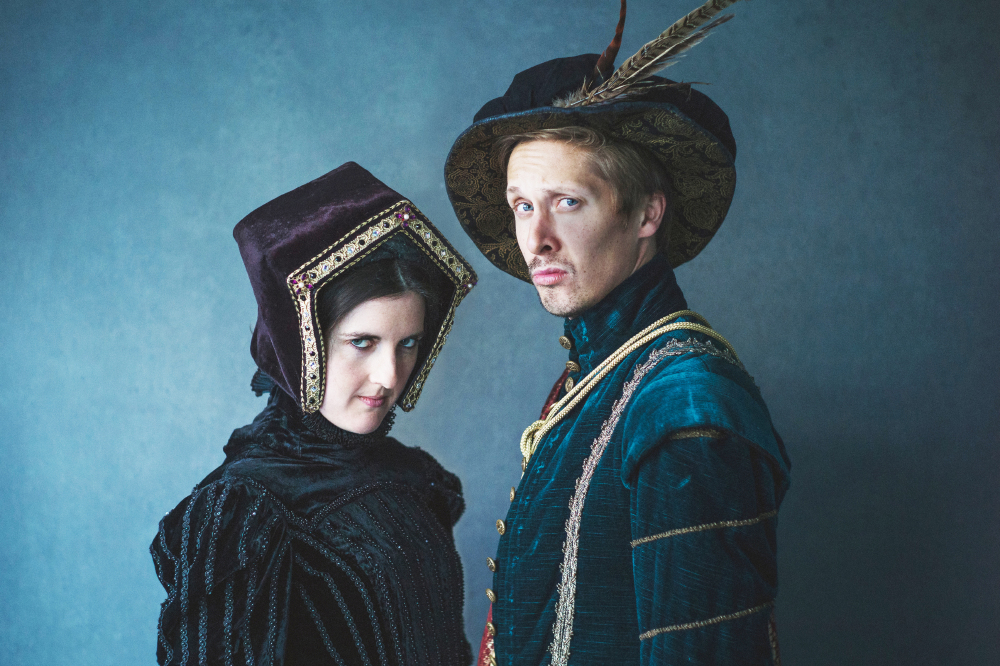 Rosie Jones. I met Rosie at the Funny Women Award finals in September 2016, and we became firm pals over a Pret salad. Fast forward 18 months and we live together in a flat above a chicken shop in Walthamstow. She has me in stitches 24/7, and her stand-up shows are an absolute must-see. Be sure to catch her at the Pleasance Courtyard this August.

The Adam Buxton Podcast. I saw Adam’s show Bug at the BFI a few years ago, and have been such a fangirl ever since. He has such a warmth to his comedy, and his podcast is an absolute treat. He chats to a different guest every episode, one of whom is his school chum Louis Theroux. If you can track down the bit where they’re singing ‘Yes Sir, I Can Boogie’ in falsetto, I challenge you not to cry with laughter…

Parks & Recreation. This is the series I’ve re-watched the most, I can’t get enough of Amy Poehler, Aziz Anzari and Nick Offerman. The cast have incredible chemistry, and the mockumentary style is right up my street. Keep an eye out for the episode where Amy P has her hair done at an old school barbers.

Sphynxes. My girlfriend’s neighbour has a sphynx cat (a la Dr Evil in Austin Powers), whose extensive wardrobe includes a polo shirt, a sort of fisherman jersey and a waistcoat with ‘Killer’ embroidered on the back. He stalks the garden looking embarrassed, and I can’t get enough of him.

The Wrestling. Every two years at the Edinburgh Fringe, an event called The Wrestling takes place. A proper wrestling ring is erected in the Pleasance Grand, and stand-up comedians go head-to-head with genuine wrestlers in the most extraordinary event. The hysteria in the room is like nothing I’ve ever seen before, 10/10.

My Granny. Every few weeks, I meet my 93 year old Granny at a cafe in Soho, and she has me crying with laughter. She’s my no.1 idol, no two ways about it.

The Woman in Black. I have strange reaction to horror. I am a massive scaredy cat, so am at tension level 10 throughout, but burst out laughing after big shocks. When I went to see The Woman in Black in the west end, there’s a moment where the WIB walks through the audience. I jumped out of my skin, swore VERY loudly, knocked over my friend’s beer, and was helpless with laughter. The usher was not impressed.

The Elis James & John Robins Radio X Podcast. Ever since a pal told me about this podcast, my journeys have been made infinitely more fun.

Will Close doing The Floss Dance. I had dinner at Will’s last week, and he revealed his new skill: The Floss. I couldn’t breathe. I am trying my best to get it into Great British Mysteries: 1599? Watch this space.

Great British Mysteries: 1599? is at the Edinburgh Festival Fringe from August 1st– 27th (not 13th):