10 Things That Make Me Laugh By Russ Peers

Russ Peers writes a piece for us ahead of his new show Hereditary Peers.

It’s hard to narrow this down to 10 but here goes. 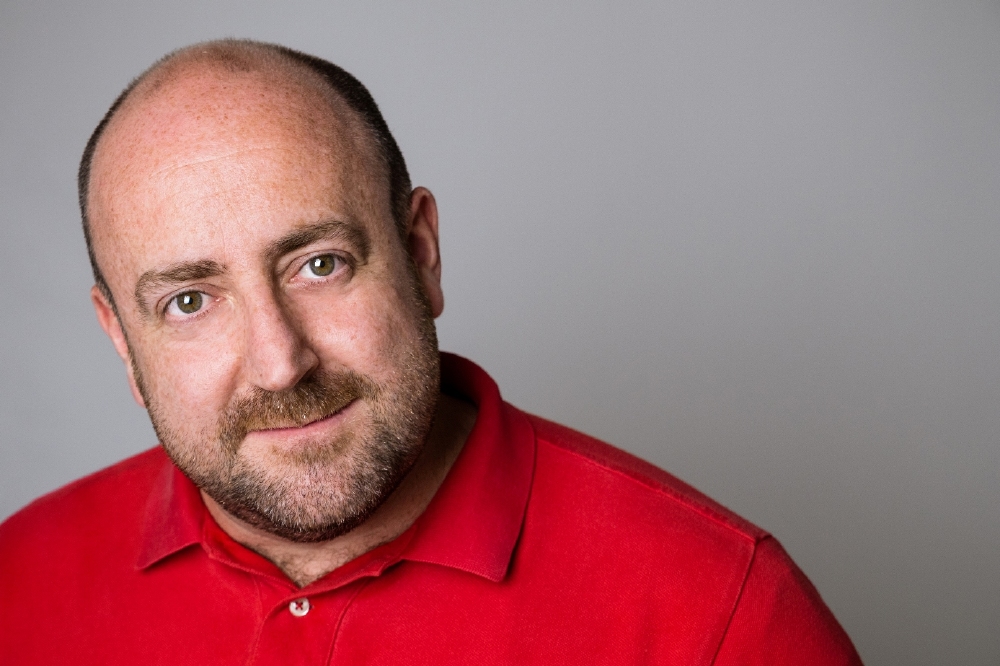 The most recent thing, spoiler alert if you haven’t seen it, is the hedgehog scene in the final Car Share when Peter Kay’s character opens his car door and it’s immediately smashed off by a passing van. You just can’t beat a bit of perfectly timed slapstick (see also several instances of Ross in Friends).

Victoria Wood is my comedy hero and everything she wrote has made me laugh, but in particular anything with Julie Walters in will always make me chuckle; from Mrs Overall to the glamorous Pam in Live With Pam. My all time favourite has to be the canteen sketch with her and Victoria Wood, allowing Julie Walters all the best lines, “You’ve a look of Eva Braun”. Special mention must go to Patricia Routledge as Kitty; “The it was what do you think of Marx? I said I think their pants have dropped off but you can’t fault their broccoli”.

My Mum can quite often reduce me to hysterics either intentionally or unintentionally with a mistimed and mispronounced word or text message. It’s the reason she’s mentioned more in my stand up than any other person and perhaps why I laugh so much at strong women performers and writers.

I’m a slow reader and I’ve just finished Sarah Millican’s book ‘How to be Champion’, which I bought in January, and it made me laugh so hard. It also made me cry a few times and not always with laughter.

The first series of Absolutely Fabulous is hard to beat and, for many of my friends, annoyingly quotable. The best cast and the best scripts; it’s pant-wettingly funny.

I’m not one for watching films more than once but I have to admit watching Bridesmaids at least a dozen times and never failing to laugh in all the same places as I did the time before. Wedding dress diarrhoea, bridesmaid speeches, Melissa McCarthy’s every utterance. All of it. And a Wilson Phillips sing-a-long at the end?

The pure black comedy of Nighty Night and Julia Davis makes me snort with laughter. Her character Jill is so vile, so unlikeable and so perfect.

Thinking of dark humour I can’t fail to laugh at someone falling over. I will, of course, show instant remorse and empathy if it’s someone vulnerable but my first reaction will always be instant hysterics.

Without wanting to reinforce a gay stereotype I love a musical but there’s only one that’s made me need my asthma inhaler due to laughing so hard and that’s The Book of Mormon. The humour is at times dark, crude, cruel but always hilarious. If you’re easily offended, grow up.

I’m going to have to make my final choice three people, sorry. I’m like one of those people in the 10 Items or fewer aisle with a full basket. It’s the people who made me laugh as a child and that’s Dave Allen, Les Dawson and Larry Grayson.