I wrote a play that takes place mostly inside a whale and required at least five actors doubling, I showed it to Lucy Wray (Director, friend, all round rock) who was like: 'this is great, but it needs a big budget and it should be on the main stage at The Royal Court. Are you on their lists?' And I was like 'No, no I am on none of their lists' so she was like ‘write one for yourself babe, give yourself some work’. So I wrote COW starring a cow, which I think of as a scaled down land-whale, or vegan bear. 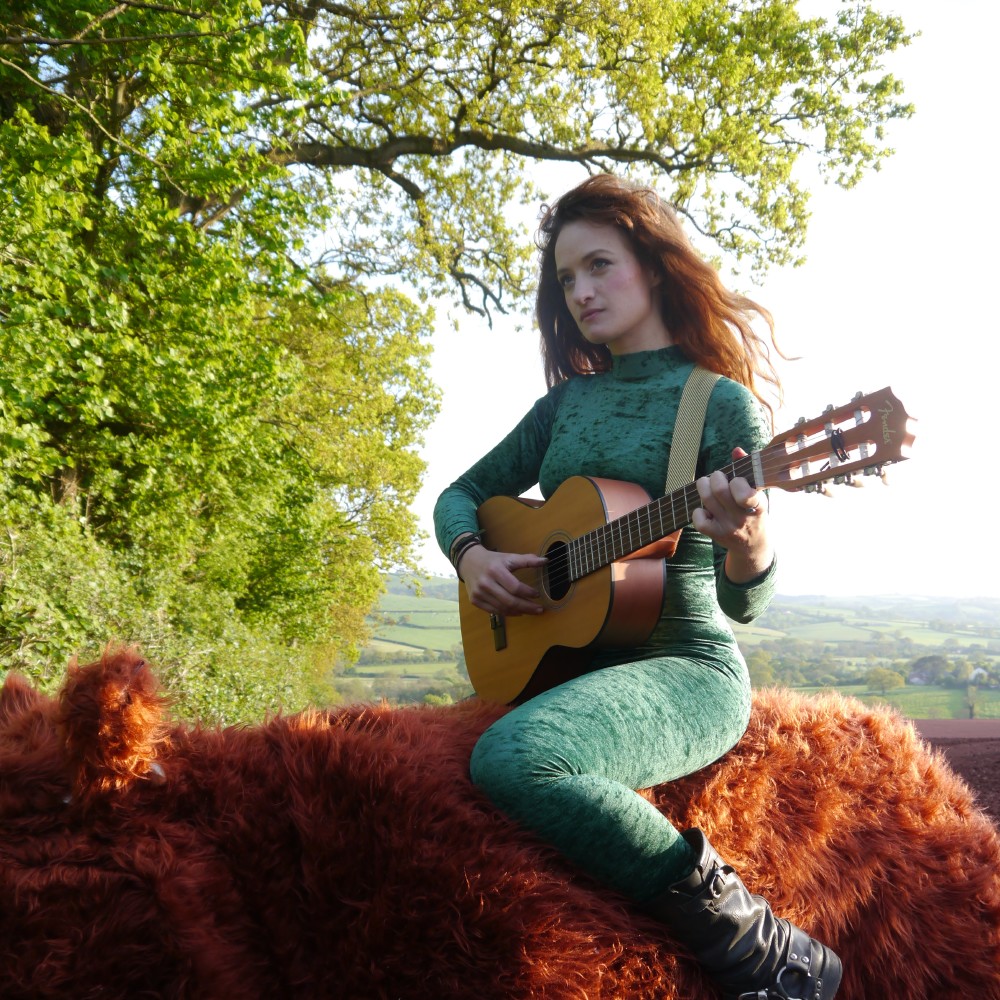 COW was a way for me to get round writing a one woman play, by writing a play about a woman and a cow. Technically this is a two hander: a two hander, four hoofer (the hands thing is confusing). About a girl projecting her emotions onto a cow.

There's a good dollop of me in it, and of people I knew growing up as well as people who only exist in my mind. No-one is an exact replica. I'm at pains to stress that to my family. Although one of my brothers is a chef, and the he does have prominent neck veins like the brother in the play.

I’m from Devon, which is the second largest county in the UK (after Yorkshire) but it’s hardly ever in plays, and I think it should be. There are so many dramas set in gritty urban places but I want to see the stuff that goes on in fields and farms too. Sure, a lot happens in cities, but there's an isolated freedom in the countryside and you can get up to some pretty interesting stuff on your own in moorland or fields… there's scope to go off-the-chain, become best friends with a Devon Red cow.

It's about returning home to find that a lot has changed in your family and community, thinking you've flown the coop, then losing a parent and really having to grow up. If you've grown up in the countryside and you move to a big city like London it can sometimes feel like your heart’s been wrenched out of you, missing green spaces and quiet. But when you get back you can find that a lot has changed, in ways you didn't expect. The landscape stays the same though, which is comforting; the shape of the valley or hills, the colours of the rock and soil.

I’ve been working with director Lucy Wray to develop COW in Devon and London, with support from Devon theatre heroes Exeter Bike Shed and Theatre Royal Plymouth. We’re looking forward to touring the South West and round the UK after our run at Edinburgh Fringe. Farming is one of the industries at the brink of significant change as we leave the EU, and I’m interested in hearing the stories of people living and working in rural communities, especially young women taking on their family farms, like Bethan.