Jim Tavaré writes a piece for us ahead of his new show from Deadpan to Bedpan at the Edinburgh Fringe Festival.

I was once on a sun lounger at a hotel swimming pool in Los Angeles. I noticed two blokes in the pool with cocktails and sunglasses. They were posing away in true toxic male fashion. A bee starts buzzing around them. It lands on the arm of one of the blokes and he lets out a pathetic yelp then flicks it on to his friends neck wherupon it stings him. Bloke number 2 then makes even more histrionics than Bloke number 1 and they have a fight.. 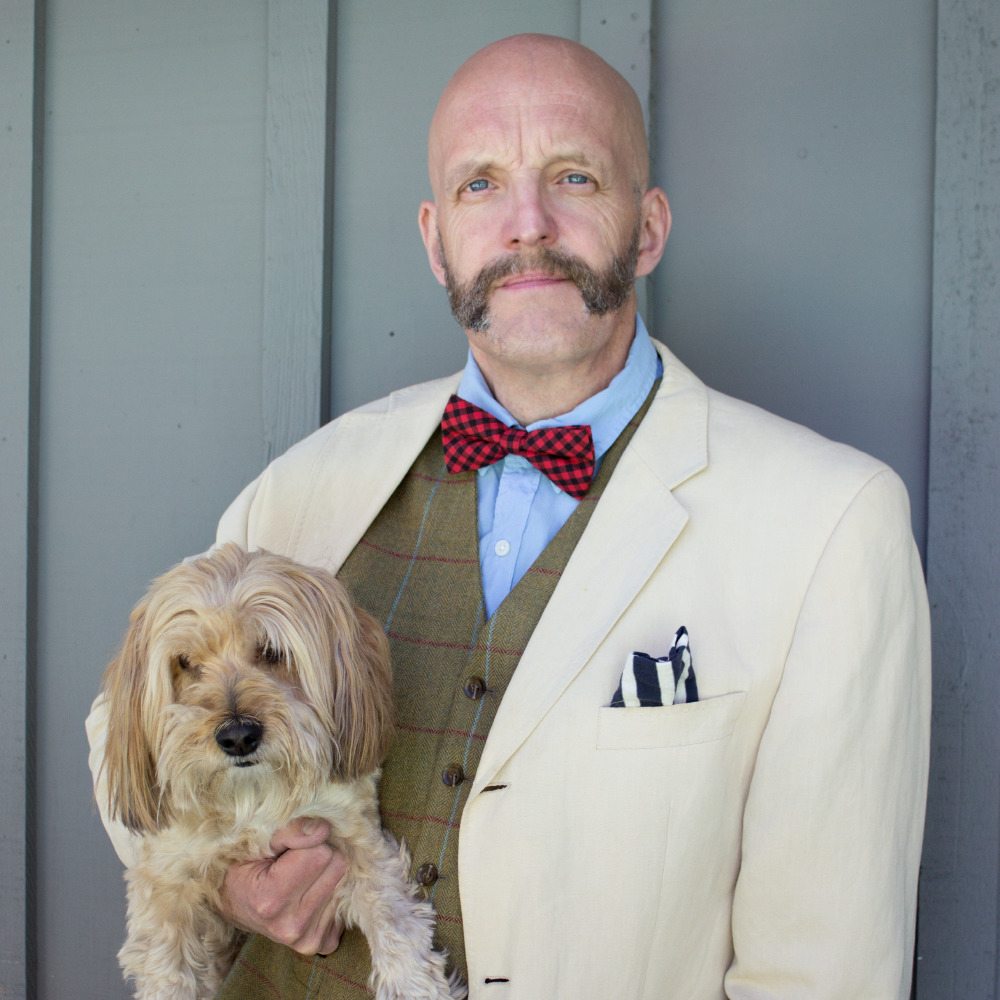 On the subject of fighting. Someone approached me once after a gig in Portsmouth. He clearly found it hilarious watching me wearing a tuxedo walking through the town centre carrying a large double bass. He made the usual comments: ‘Thats a big violin, bet you wish you’d taken up the flute, violin on steroids etc' I told him in no uncertain terms where to go and he began waving his arms and shouting. I laid my bass carefully on the floor and I made my final riposte. At this point he headbutts me. He was however, incredibly short and the headbutt only managed to connect with my chest.

My dog always makes me laugh. Mr Kippy is half Yorkshire Terrier so he barks a lot. We have a shiny floor and when ever the the door bell ‘ding-dongs’ he flies in from the garden and slides along the floor yapping as he slides across the floor until he collides with the wall.

I laugh at the two guys in ‘Cant Pay Well Take it Away’. Only in Britain would you find a TV show that celebrates people being thrown out of their house by high court enforcement officers. One of them, Paul Bohill remains polite and calm all the time, maintaining this facade even when he is manhandling his unfortunate victims. Most of the time they talk to people through the letterbox. Theres something sublime watching a portly bailiff with a hair piece repeatedly saying in polite Birmingham accent “If you dont open the door, we’ll smash the glass, I repeat....”

I know its not politically correct to express a view on Brexit but some of the arguments amuse me. For instance, Brexiteers being told Gordons Gin will skyrocket after Brexit. They retort by saying they will happily drink Plymouth Gin instead until someone points out lemons still have to be imported from Spain.

I'm a Brit living in Los Angeles. I like hearing Americans refer to a ‘croissant’ as a ‘crescent sandwich’

Watching my mums face 2014 watching Jackass TV one Christmas when Wee Man gets hit in the nuts.

Standing behind someone in the queue at a garden centre. She is trying to get her money back because a plant she bought has a bug on it and the bug is a ladybird.