Jonny Awsum Reveals The Inspiration For His New Show “Honey, I Promised the Kid”

Jonny Awsum writes a piece for us ahead of his upcoming show “Honey, I Promised the Kid”.

The inspiration behind my show is this photograph. 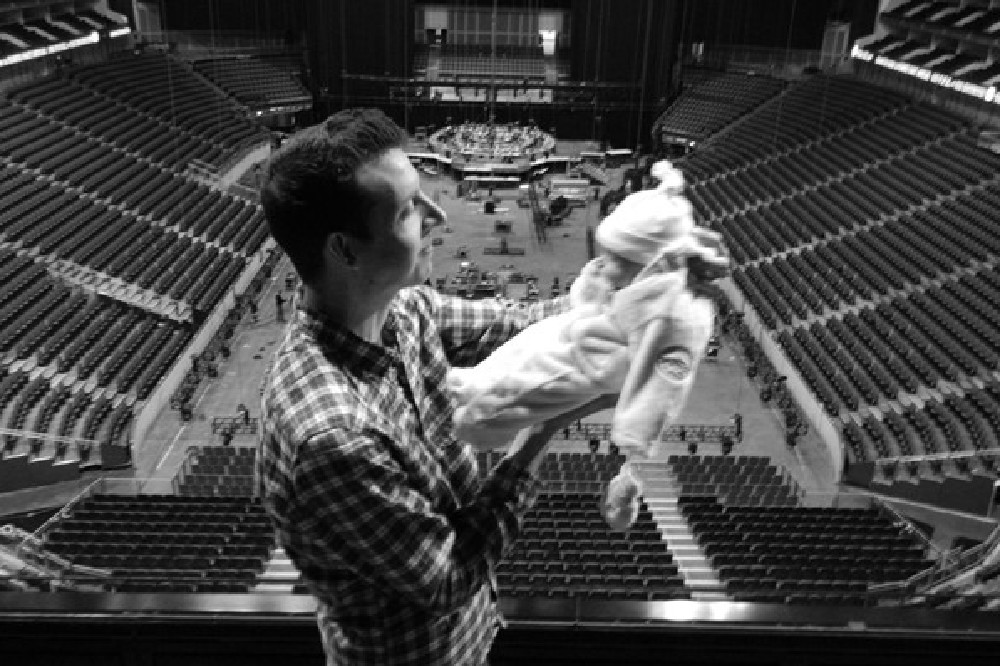 Jonny Awsum and his daughter

In the last year I’ve been on the adventure of my life and it’s all down to this single shot taken on an iPhone in 2012.

My wife took the shot at the O2 Arena.  I’d just started comedy and we were on a tour of the venue.  In the photo I’m holding up my baby daughter and foolishly, swept up in the moment, I’m promising her that one-day I’ll play live on that iconic stage.

Cut to 2015 and our tatty attic in Croydon where my daughter, now four years old, finds this photo in a dusty frame.  She wants to know all about it, so I tell her, but I leave out the part about the promise, as I haven’t come anywhere near keeping it.

At this exact moment my wife’s head pops up through the hatch in the floor and helpfully reminds me that I did in fact promise I would play there.

My daughter doesn’t have much concept of how big an act you need to be to play the O2.  She’s not heard of Take That, Justin Bieber or even Barry Manilow.  She’s just thrilled that her Dad will soon be playing at this huge venue and wants to know if she’ll be able to come along when I do.  Hmm…

So began an 18-month quest to fulfil my promise.  It’s a story of celebrity encounters, numerous dignity-sapping incidents and an incredible final twist.

So did I do it?  Well the promise I’ll make today is that I’ll tell you the answer to that if you come see my show!

See Jonny Awsum: “Honey, I Promised the Kid” at Just The Tonic throughout the Edinburgh Festival Fringe from 3rd – 26th August. For tickets visit www.edfringe.com