We spoke to Julio Torres about his new show 'My Favourite Shapes' ahead of the Edinburgh Fringe Festival. 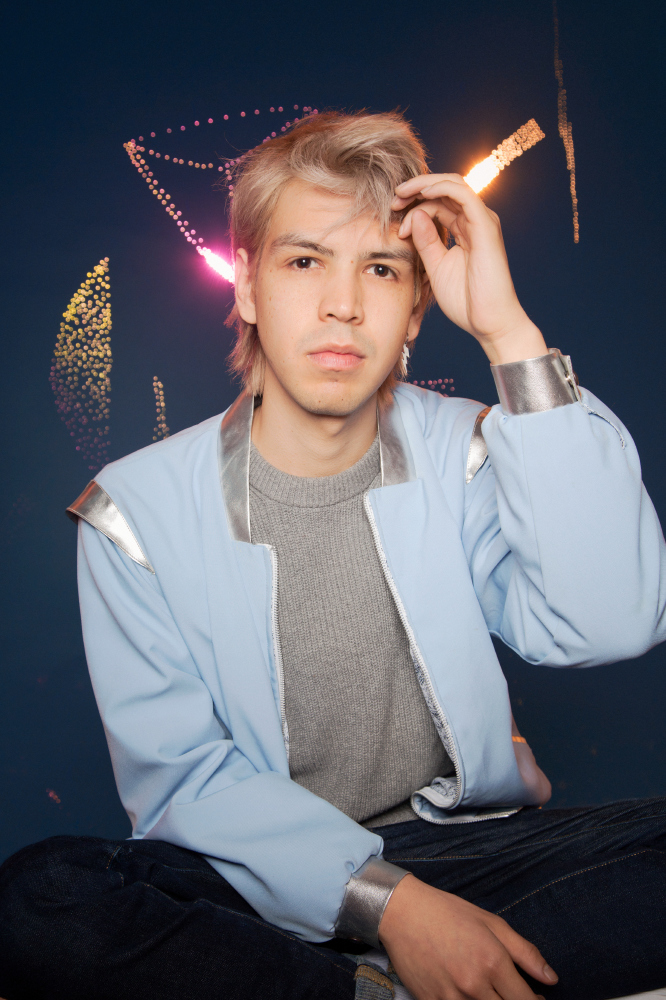 This is a very difficult question so I'll just say: the shadow of a Faberge egg in an empty room,  an impending storm,  an eclipse. Also some jokes here and there.

Audiences that witness "My Favourite Shapes" can expect to be introduced to gorgeous little objects, some of them dear friends of mine and hear fantastical stories and mystic moments inspired by them.

I'm lucky to have so many peers, friends and role models here in Brooklyn. I have a friend by the name of Lorelei who puts blood capsules in her mouth when she does stand-up and goes "I'm sorry... when I get excited I start to... bleed from the mouth." She's hilarious and her. Also, Madonna.

Objects that seem to be out of place. I used a bathroom that had a toilet, a urinal, a sink and a... nightstand with a little lamp on it. Perhaps it was there to make the room feel quaint, but boy did that little lamp NOT want to be there.

A highlight includes playing Miranda Hobbs in an all-male black box staging of a Sex and the City episode. A not so good experience was bombing at a college show after taking 8 hours to get there.

Sometimes, yes! Maybe always, just seconds before I go on... I'm always shocked I don't forget what I'm supposed to do. Why is Edinburgh Fringe Festival such a great platform for comedians? It seems to like the best part about is getting to see all kinds of shows and being stimulated by them. Who are you looking forward to seeing at the Fringe? John Kearns. I'ver read such great things but have only seen a few videos online.

Go do it, don't waste time asking for advice. Also pick a color and stick to it. Mine was black, then white. Now I'm doing blues.

This sounds like a like but I actually don't think I've ever been heckled. Or if I did I erased it from my database immediately or filed it under "compliments."

I'm a platinum blonde right now but I'm toying with the idea of going jet black.

Julio Torres’s debut comedy show at the Edinburgh Fringe ‘My Favourite Shapes’ will be at the Underbelly Belly Laugh on Cowgate for the month of August for tickets go to www.edfringe.com