Kindertransport takes us back to 1938, and tells the story of one young Jewish German girl who's forced to move to the UK and leave her parents behind.

In its 25th year on the stage, Kindertransport this week returned to the Opera House in Manchester, bringing the enchanting story of one young Jewish German girl to audiences all over again. Leila Schaus is the actress stepping into the shoes of nine-year-old Eva in this tour; a child who was rescued from Nazi Germany in November 1938, after the British government voted to bring in the young from the country to save them from the looming Second World War. 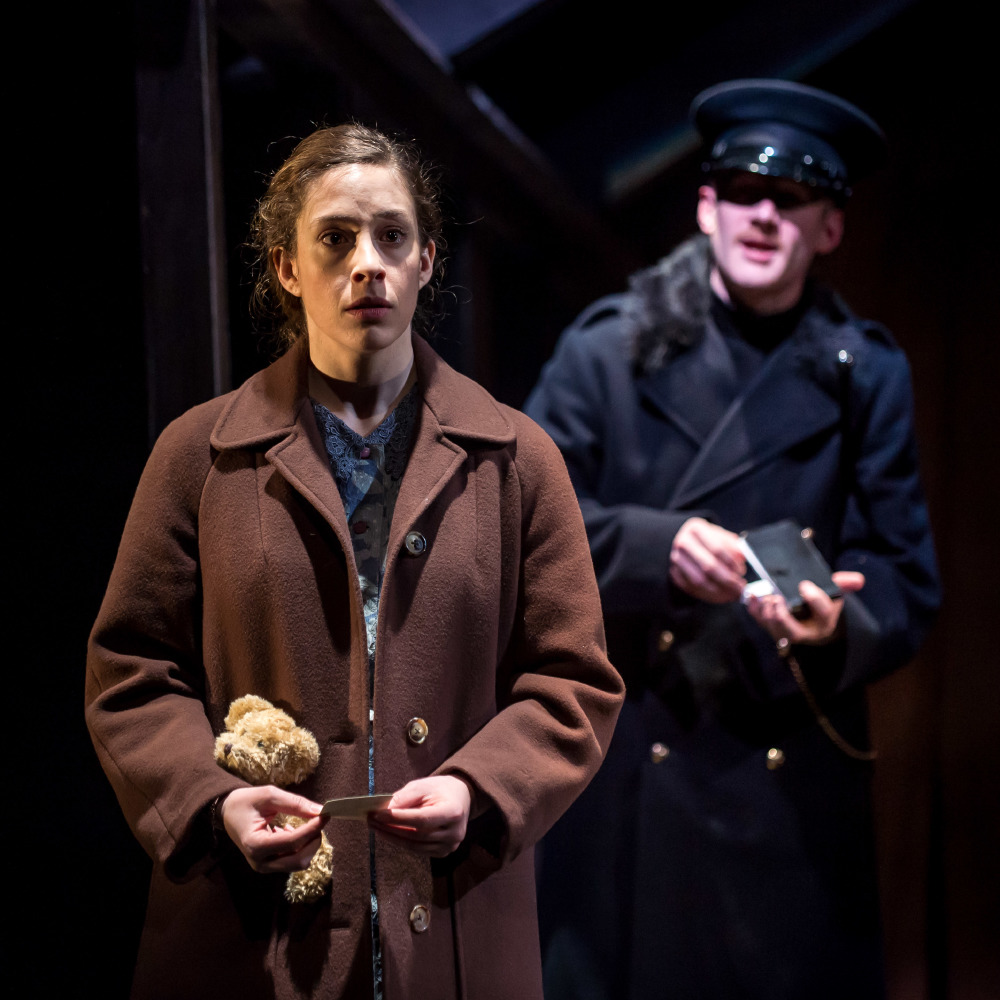 Whisked away from her mother on the train to England, Schaus’ performance as Eva sees her flit between rabid excitement to utter distress and terror. The actress brings a brilliance to the role, and that’s echoed by Suzan Sylvester who plays the older version of the character, renamed Evelyn. The pair, though never in the room with one another, are allowed to bounce off of one another because of the blocking and the working of the set.

The presence of the “Ratcatcher” – a fictional being but one that embodies the terrors Eva and other youngsters like her faced at the time – is an ominous one. Lighting and music only add to the tense atmosphere whenever he appears, leaving those sitting watching feeling genuinely uncomfortable.

Jenny Lee is fantastic in the role of foster mother Lil. She perfectly captures the spirit of Manchester in her charming performance, but also the fiery nature of a true Mancunian’s personality if they’re treated poorly, or lied to. Taking in Eva as a foster child, she at first seems like a harmless elderly woman who just wants to do the right thing, and whilst that is correct, she’s also harbouring a secret in later life; one that she keeps from her granddaughter, but one that blows up in the family’s face.

All of the underlying secrets of course lead to a massive row, and while accusations fly between family members, an eventual opening up between both Lil and Evelyn allow them all to come together and take heed from the experiences of the past.

It says something that still to this day we can learn a lot from the story being told in Kindertransport. This is theatre done right – telling a story based in truth that allows the audience to go away feeling educated. At its heart, it’s a tale about family and human connection – whether bonded by blood or emotion.

Kindertransport continues to run at the Opera House, Manchester until May 5, 2018.