I’ve never written a full length play before so making WHITE with Ovalhouse theatre was a completely new experience.

Koko Brown is a theatre-maker blending spoken word and vocal looping whose new show WHITE comes to Ovalhouse from 15 – 25 November 2017. 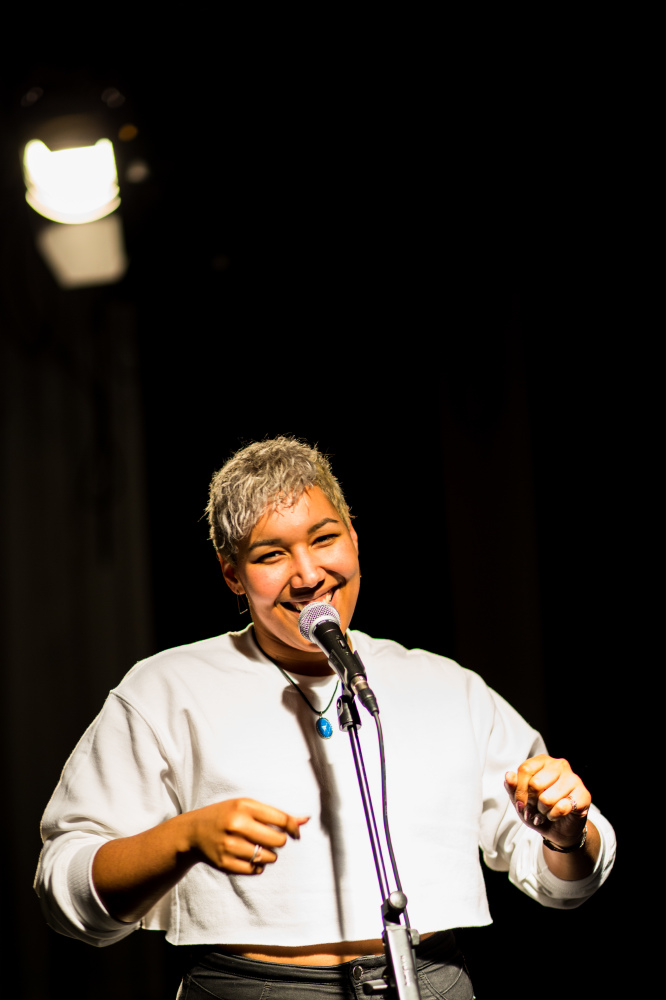 I own every classic Disney film on VHS. It’s what I grew up watching on rainy Sundays and I still know every word to Sleeping Beauty, The Emperor's New Groove AND Meet the Robinsons.

The first song I ever wrote was for WHITE. It’s called ‘War With Yourself’. I wrote it just under two years ago and, although it’s changed a bit since then, is still in the show.

Brave New World is one of my favourite books. I usually read it once a year but it’s been left on my bookshelf for a while because who needs to read a dystopian novel when you can just read the news?

I’ve never written a full length play before so making WHITE with Ovalhouse theatre was a completely new experience. It’s been made easier because the show is about being mixed-race and I get to share some of my personal experiences. Writing this show feels really natural to me.

My hair has been 8 colours. Purple, Red, Blue, Green, Yellow (after some bad home bleaching incident), Pink, Black and Grey.

I started in musical theatre. My background is in musical theatre and I’m used to working on big musical numbers with a big company of performers. Doing a solo show like WHITE is exciting but also nerve-wracking because it’s just you up there and the only support that you get is from the audience.

I grew up in North-West London and although I’ve lived in 5 different houses, my postcode has always started with ‘NW’!

I always get people guess my mix. Being mixed-race is very important to me and I don’t think race or ethnicity should be a point tension. So when I get asked about my mix, I always get the person to guess and love to hear what mix they think I am.

I cut my hair off when I was 18 to raise money for Cancer Research UK. Growing up I was very proud of my hair – it as big, curly and wild! Some days I miss being able to do little things like put my hair in a bun or plaits but the 5 minute showers make up for that! 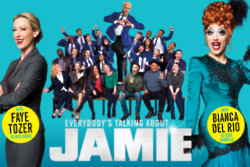