Little Soldier talk to us about their new show Derailed.

Three years ago we decided that we wanted to make a show about politics and Rock and Roll. Just like that, no further agenda. 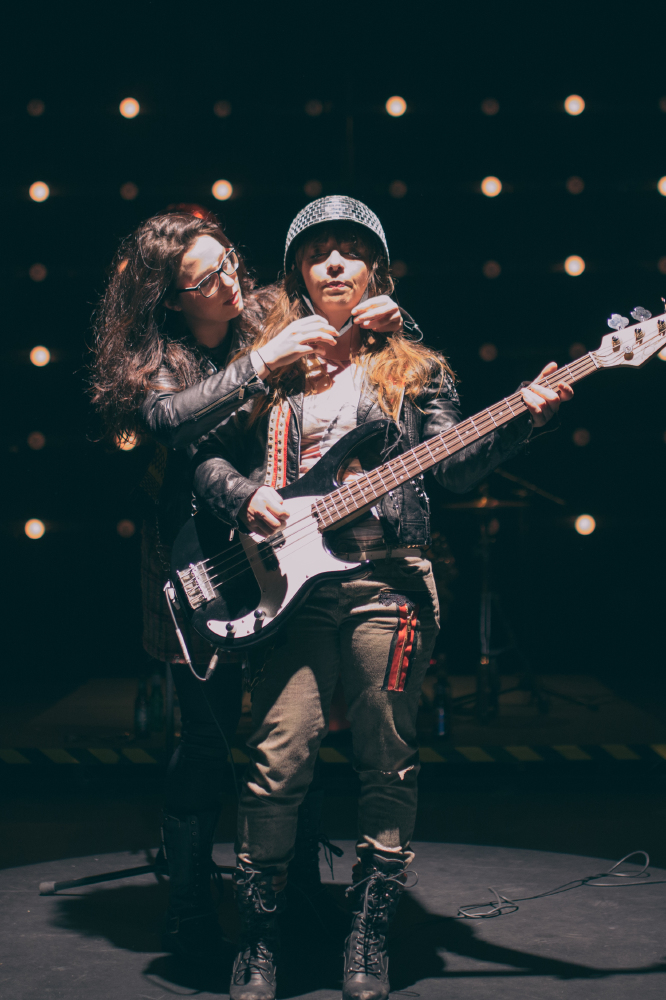 We wanted to speak about what was happening now and we wanted to use Rock & Roll as an energetic boost to bring our audiences in. We also wanted to make a ‘women proud’ show because we are extremely passionate about what we do. We wanted to use the chance to tell the world that we are two Spanish female artists leading a theatre company in a post- Brexit Britain.

But the show we made is about many other things too: being theatre makers, making a difference, family, having a laugh, clicktivism, falling in love and being disappointed with it all. It is a comedy but it is also very moving. Our past productions had always been based on books or plays but Derailed was to be made from scratch. Using our own stories, our views of the world and our desire to make it a better place.

There was also going be this Rock and Roll band and we were going to be the rock stars. We didn’t play any instruments but that did not stop us. During the devising process we encountered many challenges far beyond the practicalities of learning instruments. Talking politics on stage is a very delicate matter, especially if you want to embrace a wide spectrum of opinions. We wanted to make sure Derailed was for everybody not just for our friends. This meant being aware and considerate of the way we presented our ideas and concerns.

We opted to share our life stories to create meaningful connections with our audience. The other major challenge of the piece was being able to keep up with current affairs. The political landscape is becoming very fickle these days. Trump, Brexit, you name it! And of course that had to be in the show.

Ben Kidd and Jesse Briton are constantly rewriting the script and many times the performers had to learn new material just a few hours before the curtain call. But one of the main realisations during the making was that it had to be fun. It had to be a party. And what best way to celebrate Patricia and Merce’s departure from Britain than throwing a blow-up leaving party? Whether they stay or go after Brexit measures come to full completion, this party must go on. We will dance, sing, eat, drink and play with our guests until the lights fade down.

Yes, it is interactive show but if someone choses to sit and watch, they are more than welcome too. This is a party for everybody. Derailed is energised by an urgent need to make sense of our role in the world plus the urge to have fun with the people we make theatre for: our audience. It is alive like no other show and we hope lots of people join us on this celebration of what it means to be human and make a difference, here, now.

Derailed is on at the Pleasance Dome 14 - 28 August