Luca Cupani writes a piece for us ahead of his new show God Digger at the Edinburgh Fringe Festival.

My name is Luca Cupani, I am a comedian and I am always looking for the entertaining side of life. 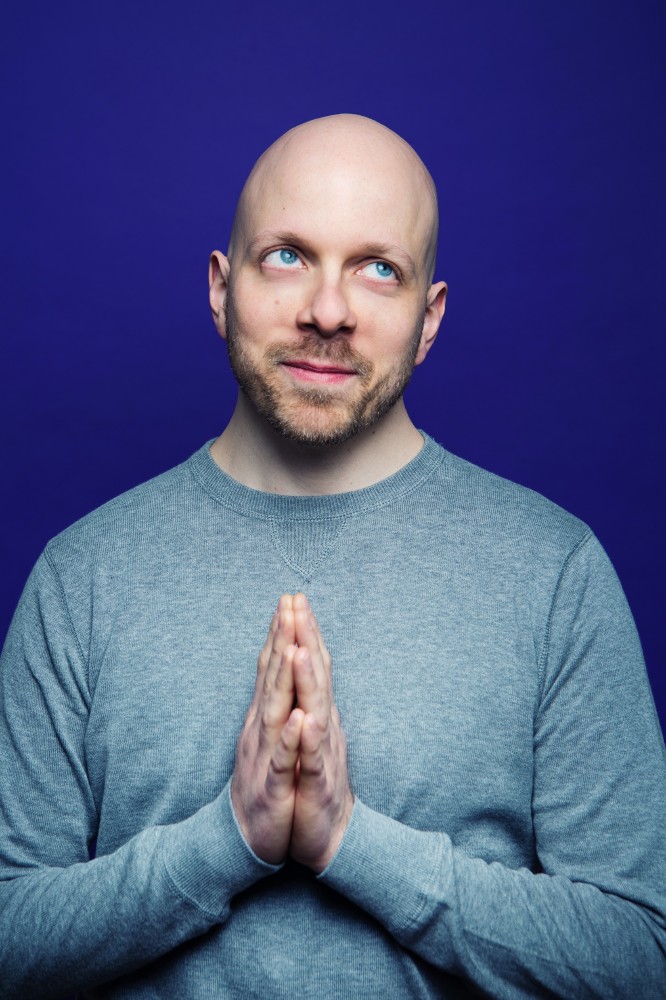 I love to laugh (and to make people laugh), because laughters are so natural and spontaneous (a bit like sex, but much easier): giggles are a natural antidote to the gray side of our stressful lives.

Here is a short list (in no particular order) of what makes me chuckle: it is a mixed bag of silly and awkward situations, clever artists and unlikeIy heroes: enjoy!

He is a must-see, especially the old silent movies. Perfect timing, endless gags, his famous character The Tramp is the sweetest, funniest rebel I have ever seen.

You know, those little awkward moments when you are with your friends and then something unexpected happens or someone makes a comment and you all think “This is too funny” and you can’t stop laughing! These jokes are usually the funniest, but unfortunately I cannot describe them properly (let alone list them here), because … well … you should have been there.

I have watched that cartoon since I was very little and still, there is something (kind of) inspirational in the way his ingenious plans spectacularly fail.

When someone cracks a joke in a very inappropriate moment

(e.g. a funeral service) and I really (really really) know that I shouldn’t laugh, but I can’t resist…

He makes absurd videos where he dubs famous people (Mick Jagger, Dalai Lama...) in an Italian southern dialect. The dubbing makes no sense, but the lip sync is perfect and the result is hilarious (if you speak Italian…).

it’s contagious, at least for me!

The final scene of Some like it hot by Billy Wilder:

it is incredibly clever and funny, it was realised more than fifty years ago but it looks so fresh. The astonished look of Jack Lemmon at the very end is perfect and priceless.

One of my favourites is the video of a Racoon in a car that tries to catch raindrops standing next to the open window. I have a contrasting reaction: I feel sorry for the poor animal, but it looks so funny (a bit of schadenfreude is allowed, isn’t it?). Besides, it reminds me of myself and my adventurous ongoing quest for glory.

Especially those with Gene Wilder’s Willy Wonka character: his expression is so endearingly mischievous that (almost) whatever you write it will work.

Brexit is really depressing, however the endless negotiations are somewhat amusing in a bittersweet way. Sometimes I suspect that the great mind behind Brexit is Wile E. Coyote…