Lucy J Skilbeck talks to us about their show 'Joan'.

JOAN is a drag king play about Joan of Arc. It’s a properly fun, sharp retelling of the Joan of Arc legend, set in medieval France-via-Bolton nightclub. 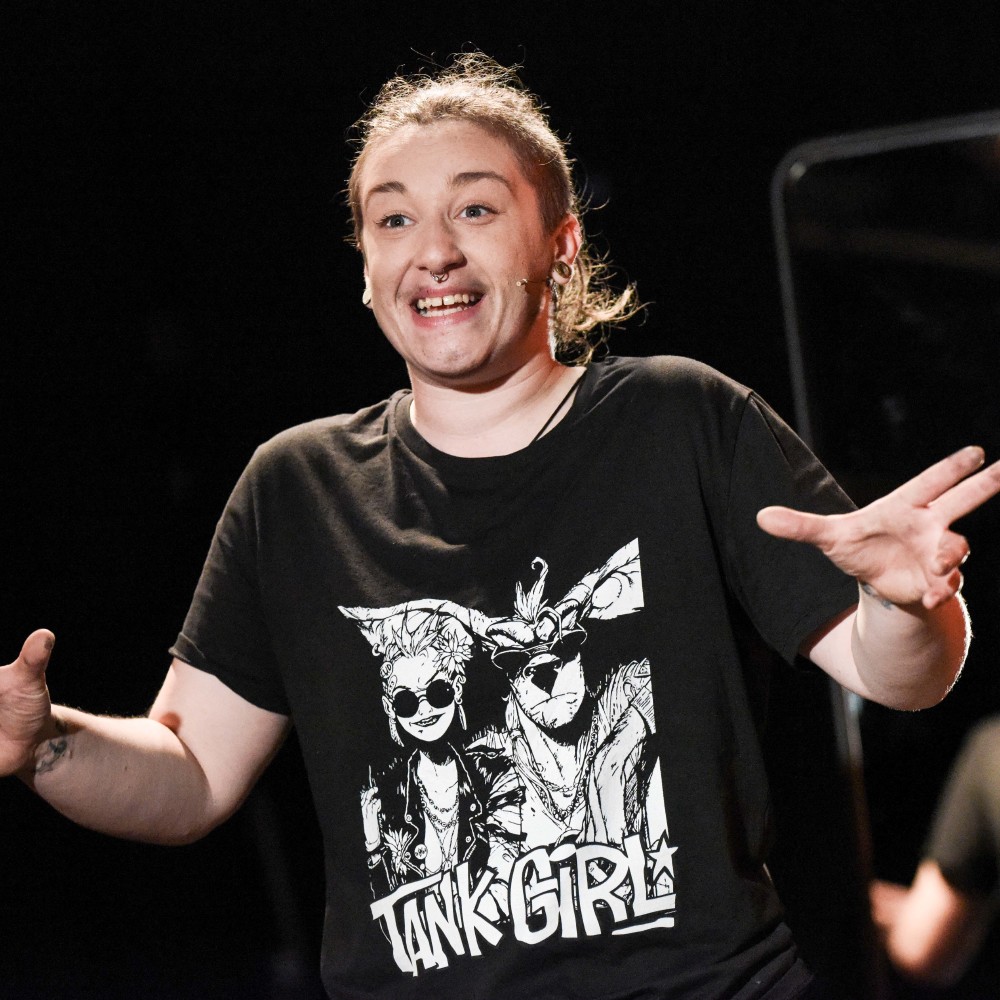 Joan made history because she was eventually burnt at the stake on the pretext that she had worn men’s clothing. She was wearing men’s clothing at a time when it was absolutely not okay for young women to do that. She went on to turn the course of the hundred years’ war around and ended up leading these huge battles. You’re left wondering: how did this girl from a tiny village end up doing that?

But what’s even more fascinating is that she made the choice to put men’s clothing back on, even though she knew that in doing that she would be put to death. Whether that was an expression of gender identity, or her having to stand by what she believed in, there’s something totally remarkable about that story and it made complete sense to have a drag king perform this story, because drag kings constantly perform gender.

For Milk Presents, drag is a critical tool that is funny and bold way to unpick the workings of gender. While drag kings do not direct condemn or criticise masculinity, it is none the less a hard-hitting way of exploring how binary thinking about gender has historically had damaging, even violent ends.

When we first started making JOAN drag kings were much more underground, but now there’s lots of drag king work going on, which is brilliant. Drag kings are leading the way in a form that’s more political and aware and the drag that most interests us is not one gender performing another, it’s a space where you can completely explode every assumption around gender and ask some new questions about it in one go.

Lucy Jane Parkinson, who plays Joan, does exactly that in their drag act LoUis CYfer and brings a cheek, sass and cabaret gold dust to the show. The performers we work with have something much more authentic and mischievous to offer because they’re already fluent in questions and thoughts around what gender identity is, and therefore they are exciting collaborators. For our new show BULLISH (Opens 12th September at Camden People’s Theatre) we have a gender-fierce ensemble of trans, non-binary and drag performers to explore the myth of the minotaur.

We took JOAN to Edinburgh Fringe last year and were overwhelmed by the response it received. It showed that audiences were hungry for an honest dialogue about gender and we found the winning formula of cabaret style story-telling with lyrical new writing, won over even the most sceptical of audiences. JOAN has now toured the UK extensively, performing in village halls, theatres, pubs and shopping centres. It’s heartening to see it universally appreciated across the country, as our aim is to always explore and expand gender and queer politics with as many different people as possible. We can’t wait to bring it back to Edinburgh this year, a place that has always celebrated difference, individuality and personal expression.