Lydia Larson writes a piece for us ahead of her new show Finding Fassbender at the Edinburgh Fringe Festival.

Finding Fassbender is a first for me. It’s the first play I’ve ever written, which means it’s the first time I’m wearing the writer and performer hat simultaneously. 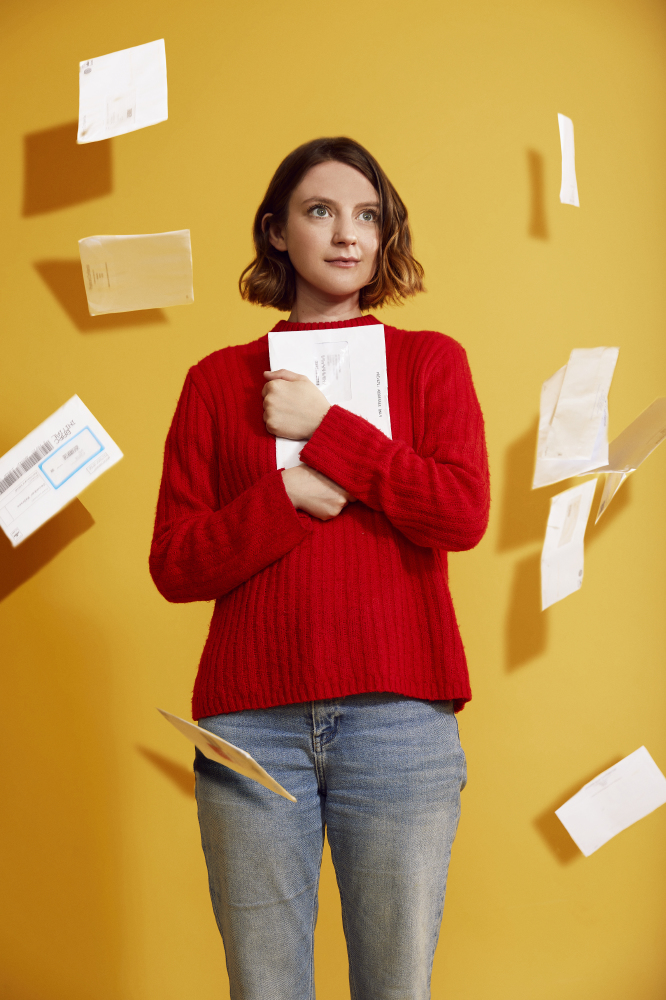 But the inspiration for Finding Fassbender isn’t totally new. It’s a story I have been imagining, debating and thinking about for quite some time.

I’ve been an actor for ten years. And I have spent well over half this time apologising.

In drama school, I was the only actor in my year with a regional accent. Something I was never allowed to forget. One teacher compared my voice to a ‘shit salad’. Everyone laughed, me included, because, it’s ridiculous, right? What does that even mean? I asked her to clarify and she responded ‘sloppy lettuce, sloppy tomato, sloppy cucumber, SHIT!’

I was 21. I nodded and giggled and on my break went to the toilets for a cry.

I’m from Wolverhampton and it’s not an accent you hear very often on stage. Lower status characters or those offering light relief might speak with a West Midlands accent but leading roles tend to be RP, as if that’s some sort of default.

When I left drama school, in auditions, it was much of the same.  I actively talked my way out of work or pointed out what I considered my physical flaws (in a TV audition I once pointed to my face and said ‘aren’t my cheeks fat?’). I made a conscious effort to hide my accent. In fact I worked hard at getting rid of it altogether and in nine years I didn’t do a single job in my own voice. I entered rooms like I didn’t belong there, like it was some sort of mistake. And sooner or later I was going to get found out and sent home. I made myself very quiet and very small.

But in 2016 I landed a part in Skin A Cat by Isley Lynn; a brilliant new play that follows Alana, (my role) on an awkward sexual odyssey, from discovering her first period to finally losing her virginity. I’d never read such a brutally honest and important piece of writing and I realised early on I wouldn’t do the writing justice if, once again, I hid behind an RP accent. I thought it essential to fully open up in order to match the beautiful openness of Isley’s writing. And by doing so the whole experience was a huge turning point for me, both professionally and personally. I had never previously worked with an all-female creative team and working with Isley and Blythe Stewart (director) was revelatory. From the off I was made to feel like I had something real to offer, in all my differences and complexities, I could really bring something to the table and not have to apologise for it. I wasn’t fitting in some sort of mould, nor was I expected to. I was encouraged to share ideas, stories and experiences and they were important and valid. Performing in my own accent was so incredibly freeing. I rediscovered my voice, my true voice. The voice I had been told too often was ugly and unattractive. Audiences connected with it and I reconnected with this huge part of me I had buried for almost a decade.

And that’s where Finding Fassbender comes in. The play is about Eve, a thirty something woman from Wolverhampton, who moves away from home for the very first time to live in the city and her life changes. (Sound familiar?)

By coincidence or maybe serendipity, Eve receives a letter addressed to the famous film actor and she sets off on a misadventure to carve out a life on her own terms, and Michael’s too. Eve is thrust into an identity crisis about where she and her beloved Wolverhampton fits in.

Although the first idea for Finding Fassbender came over five years ago, it’s inconceivable to me that I’d be in a position to develop it further had I not made so many discoveries during Skin A Cat. I am over the moon to have Blythe as my director again and I’m so lucky to have Isley too as a mentor who supports and champions a multitude of different and honest voices.

Making Finding Fassbender is proving to be hugely liberating and I can’t wait share my Wolverhampton tones with audiences, without apology.