Q And A With Margaret Thatcher Queen of Game Shows

Margaret Thatcher Queen of Game Shows talked to us ahead of the Edinburgh Fringe Festival.

Margaret Thatcher Queen of Game Shows is at Assembly George Square Gardens throughout the Edinburgh Festival Fringe so we caught up with her for a little Q and A. 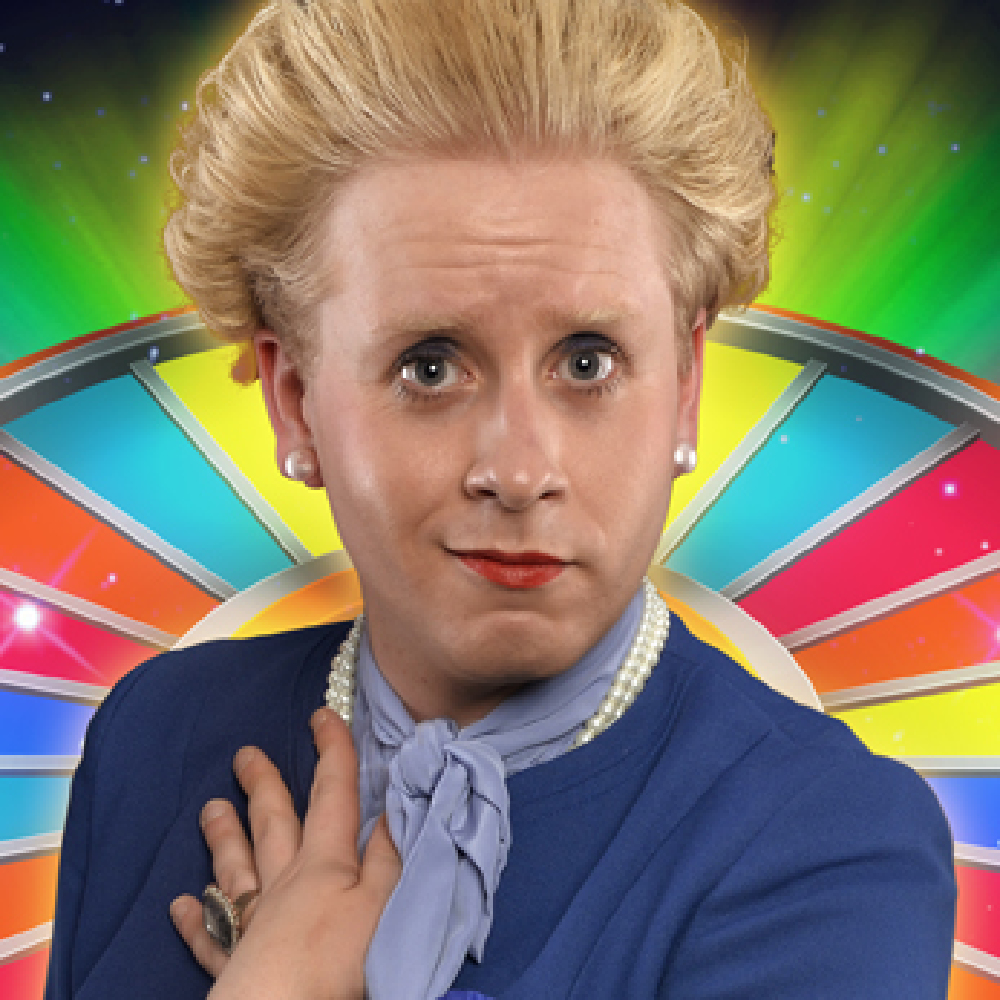 Please tell us about your brand of comedy and your show.

I’m afraid Saatchi and Saatchi answer all questions about my branding, dear. All I can say is that I’m a global cabaret superstar performing a fabulous show with more jokes in it than the Lib Dem Shadow Cabinet. I was watching Challenge TV one night and thought, “these game shows are awful, I could do something this bad without trying.” And I did!

What can audiences expect from your show?

It’s a game show where contestants compete for their job seekers allowance! It’s basically means testing but with songs. I split the audience into two teams – the Strivers and the Skivers – and make them take part in a series of games with a topical comedy twist. We have rounds such as “Check Your Privilege”, “Fake News” and “Brexit Through the Gift Shop”.

Jimmy Carr has been my biggest influence, dear. Even I didn’t know you could pay that little tax!

My best gig was probably my 100th performance of Margaret Thatcher Queen of Soho at the George Square Theatre in Edinburgh 2015. The worst was when I was accidentally booked to perform at Denis Skinner’s birthday party… tough crowd!

I performed in the House of Commons every week for a decade, dear. At least in a theatre, if they boo, the boos aren’t coming from behind you.

I don’t know. I imagine it must be because all comedians love staying in overpriced accomodation, going into huge debt and being given a massive amounts of flyers for shows they’ll never ever go and see.

Nicola Sturgeon. I hear she’s doing an hour at Just the Tonic Caves. Other than that I’m very much looking forward to Prom Kween by Rebecca Humphries and A Super Happy Story (About Feeling Super Sad) by my Olivier Award-winning director Jon Brittain.

Give up! I don’t need the competition!

‘You’re dead!’ I don’t know what they were talking about!

I’m going to run for MP again and then challenge Theresa May to be leader of the Conservative Party. But I’ll still perform comedy on the side.

Margaret Thatcher Queen of Game Shows is at Assembly George Square Gardens throughout the Edinburgh Festival Fringe from 3rd-27th August at 9pm. For tickets see: https://www.assemblyfestival.com/whats-on/margaret-thatcher-queen-of-game-shows

Margaret Thatcher Queen of Club Nights is at Assembly Checkpoint on Saturday 19th and Saturday 26th August at 1am. For tickets see: https://www.assemblyfestival.com/whats-on/margaret-thatcher-queen-of-club-nights