Markus Birdman talks to us about his new show 'Between The Devil & The Deep Blue Sea' ahead of the Edinburgh Fringe Festival.

MARKUS BIRDMAN’s new comedy show ‘Between The Devil & The Deep Blue Sea’ will be at the Laughing Horse Br 50 for the month of August so we caught up with him to talk about what we can expect. 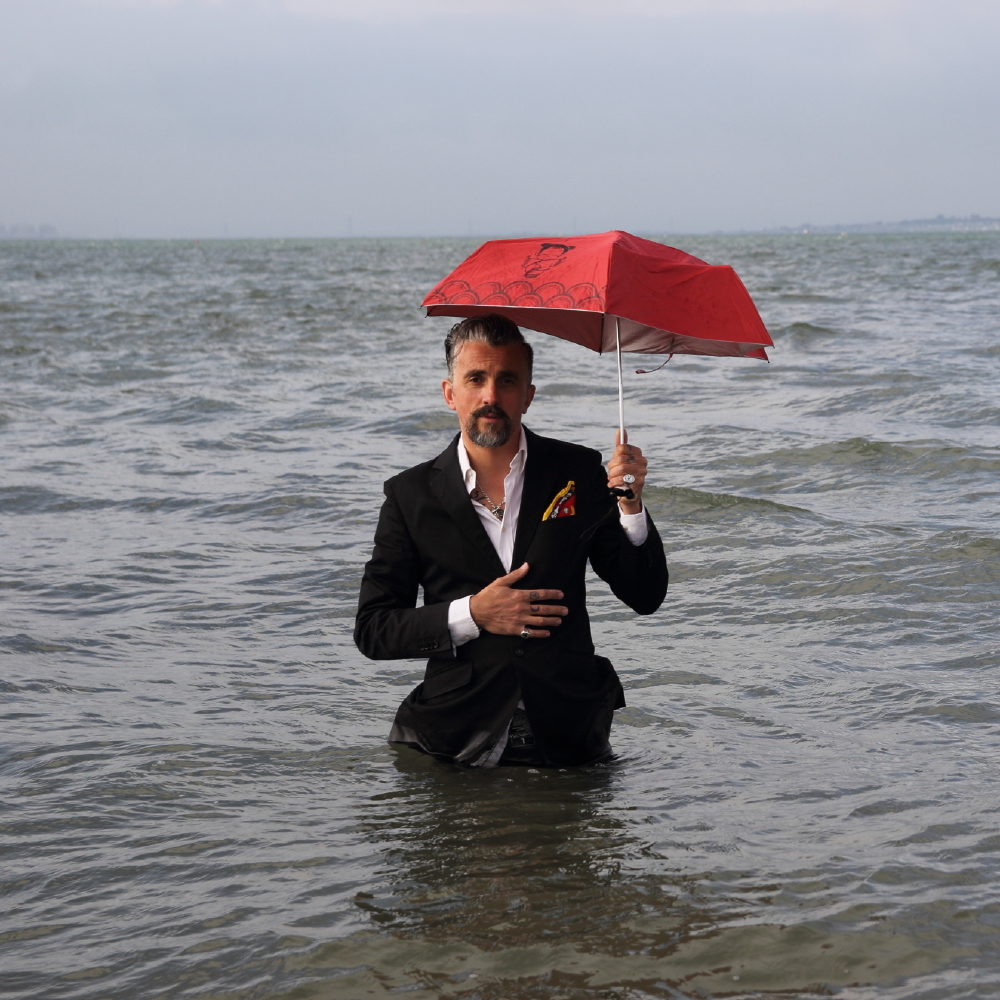 Well, this year I have taken the fairytale of Rumplestiltskin, rewritten it with a post-Trump agenda, and animated it with my own drawings and the silly voices of better known comics than me. It’s a vehicle to discuss all our hopes and dreams. It might be too early to say this, but I believe it could save the world.

I really became aware of stand up with Eddy Murphy in the 80’s. Some of the material has not aged well, but it’s a materclass in performance and the dude is wearing a red leather suite, so hats off to him. Through him, I became aware of his clear influence, Richard Pryor. He wasn’t averse to wearing some niche clobber either. Likewise Eddie Izzard, who in the early years was a nonsense alchemist. I later loved Bill Hicks, who was socially and politically spot on, but much less dapper. More contemporarily, I adore Dylan Moran, Tommy Tiernan and Rhod Gilbert (who voices one of my animations). I think what they all share is an ability to be hilariously self-righteous. Mercifully, they don’t all share the same tailor.

I’m a big fan of people falling over, and then trying to style it out. Also I have a Geordie friend, my old tutor at Art School, who is Britain’s leading Elvisologist and 5ft 1. Half of that is quiff. Everything he says is inadvertently hilarious.

Actually this was very recently. In my new show I talk about my daughter, who has a beautiful voice, and wants to be a singer. I was doing a show in Norway, she came with me, and at the end, came up and sang a song on piano. And just knocked it out the park. She’s 12 years old. My worst experience, was when she went down better than me.

Absolutely. To combat this, I do a four-hour yogic breathing exercise, to the sound of dolphins mating, dressed as a Sioux Indian. I use a recording these days, as transporting those horned up dolphins around, was a financial and logistical nightmare.

Was it Shakespeare who said “all the worlds a stage”? Actually it was Steven Segal in Under Siege. No matter, but it’s true of Edinburgh. Every function room, broom cupboard, latrine and bar, come August, is a venue. And we starry-eyed performers thurl our hopes and dreams upon it’s greying Georgian visage, like a plaintive lover plants his kisses on a sleeping beauty. Plus, no one bothers to scout comedians anywhere else.

I want to go see Briefs. They are the best! A cocktail of acrobatics, drag, boylesque, glitter and stomach muscles. I see as much Circus as possible. I find watching other stand ups a bit distracting, as I either despair that I could do it much better, or despair that I couldn’t. I’d have joined the circus myself, but I haven’t got the biceps. I did once shoot a corgi* out of a canon. Foolish I know, but, a bets a bet.

A woman recently put up her hand and said, “I’m not heckling, but are you going to be long? Because I really need the loo.”

Next week I go to Norway to film a part in a sitcom. The writer wrote a true (ish) story about us into it. I play me. I’m surprised I got the part to be honest, given my luck. After Edinburgh I am actually off on tour to Pakistan! Given that my show has themes of atheism, feminism and a transvestite lead character, what could go wrong!?

(No corgis were harmed in the writing of this)

MARKUS BIRDMAN’s new comedy show ‘Between The Devil & The Deep Blue Sea’ will be at the Laughing Horse Br 50 for the month of August on the Free Fringe.