Marysia Trembecka talks to us about not one- but two shows she's introducing during the Edinburgh Fringe Festival this year.

It’s absurd that a woman’s “worth” is still inextricably linked with her beauty, youth and child bearing potential. 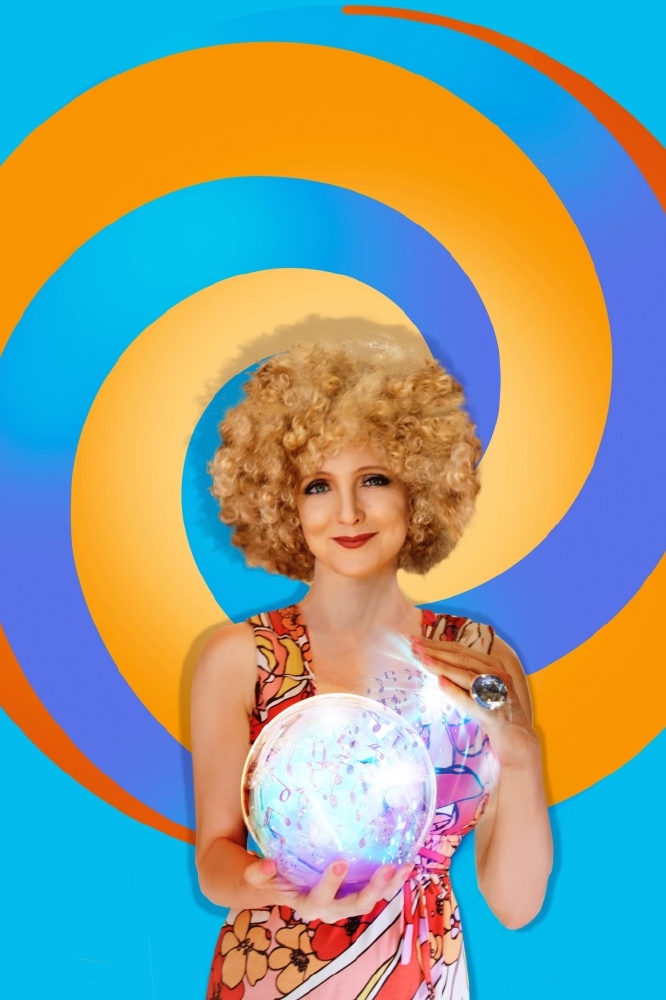 Yet this was something I found as a successful City trader. In a place where all that should matter was my ability with financial figures I had to wear glasses (I had perfect eyesight) and dress to deter attention – ridiculous.

So I took matters into my own hands, went into the arts and now create and perform solo theatre and cabaret.

At the moment I have two shows at the Edinburgh Fringe, one is The Singing Psychic Game Show (bonkers fun with audience readings and lots of daft games like Psychic Bingo).

The other is a dark, fierce political cabaret called Queen of the F*cking World which explores life on the front line of gender politics.

The origins of both shows go back to those five years after graduation when I worked as a government bond dealer.

Of the 800 people on the dealing floor I was one of just five women allowed to work in the markets in sales. There were 45 other female staff, all in admin.

I later headed for Los Angeles to train as a performance artist. Once again I discovered that curves counted more than creativity.

So I started to devise my own shows and characters. Two very different ones emerged, with the Singing Psychic being a Polish “clairvoyant” who reads the songs in people’s hearts. It’s bonkers comedy but her big rule is that she is never wrong. A woman in charge.

At the heart of Queen is an exotic dancer and it is through her that I explore feminism, sexual politics and our right to choose without being judged.

Her name (or perhaps title) Queen Of The F*cking World came about because of her deliberate use of her sexuality. Like many women, past and present, it is the main marketable asset society permits her. She is judged because of her trade.

In fact all women are judged by their sexual behaviour and use of sexuality. Perhaps the only people aren’t judged for their sexual habits are straight white men who are still seen as “lads” or “charmers”. It’s very different for sexually active women and the LGBT community.

The Queen incorporates my years of playing and studying traditional female characters with historical research. It also results from a series of fantastic interviews (funded by an Arts Council script development grant) with individuals and organisations including the English Collective Of Prostitutes, a charity helping Kenyan sex workers and male and female strippers.

I used to play bass guitar in jazz bands (which is quite rare) so I brought my bass and some original songs into the show to move the story forward.

The results have been wonderful. On the second night of the Fringe a man told me how happy he was that his student daughter was there to hear what I had to say. That night my job was done.

For details go to https://www.edfringe.com