Matt Winning writes a piece for us ahead of his new show Climate Strange at the Edinburgh Fringe Festival.

I guess I’ve never really stopped to think about what things specifically make me laugh… well I have now. Here are some of the things in life which make me laugh the most. 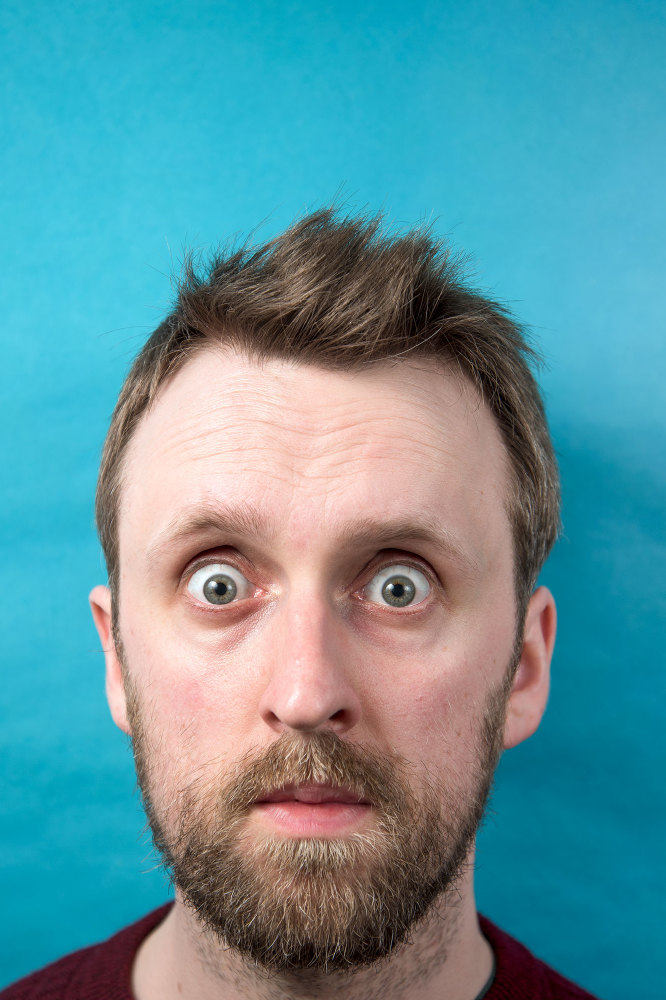 Number 10 –Heavy metal and rock bands that take themselves really seriously.. I don’t think there’s anything funnier than musicians like Metallica who make really stupid music (which I love by the way) taking themselves super seriously as artists. I used to be in a band. It was the worst. Everyone thinks their music is changing the world. Basically I like the film Spinal Tap but I appreciate it even more in real life.

Number 9 – Puppets. They’re just like us but often made of colourful felt and with funnier faces. A joke delivered by a puppet is always much funnier than a human. You can’t be angry at them and I’ve never not laughed at a puppet. Sammy J and Randy are a prime example. Theirs are some of my favourite ever shows.

Number 8 – Intentionally mispronouncing famous people’s names. Always gets a laugh or annoys someone. Oldest trick in the book. “David Attenbrother” is my new favourite. Many are hard to do on paper as it will look the same so you’ll have to trust me.

Number 6 – Extremely sunburnt people. If I walk past a someone who is bright red I cannot help but laugh at how painful the whole thing experience is but what a great time they must have had the day before. We all do things we regret but I think it’s the visual manifestation of it through British people looking like angry lobsters that makes me laugh so much

Number 5 – The word bin. I think it’s the funniest word you can say in the English language e.g. this Café Nero is an absolute bin. Much better than rubbish or trash. It’s so short and to the point.

Number 4 - Peep Show. Probably the best British sitcom of all time. There are loads of greats but I think it’s the one I can watch again and again and doing so has got me through many hard times. I guess it’s the internal monologues which just add that extra level

Number 2 – Climate change. Increased storms, droughts, and rainfall; sea level rises, species extinction and mass migration. What’s not to laugh about? Ok so I’m doing a show about climate change this year because that’s what I do for a living and it’s a topic that nobody else does comedy about. So I think it’s important to laugh at the darker subjects and comedy is a good way to engage people about a topic they would otherwise ignore because its so depressing.

Number 1 – My brother. We have roughly 31 years of in-jokes about our parents so we never struggle to find material. Siblings are the best!

See Matt Winning: Climate Strange at Just The Tonic at The Mash House throughout the Edinburgh Festival Fringe from 2nd – 26th August. For tickets visit www.edfringe.com