10 Things that make me laugh by Micky Overman

Micky Overman writes a piece for us ahead of her new show Role Model at the Edinburgh Fringe Festival.

We're not allowed to love Friends as much as we used to because of problems due to it being made in the past, but I learned to speak English watching Friends and it will always have a place in my heart. The bloopers are like a hug. 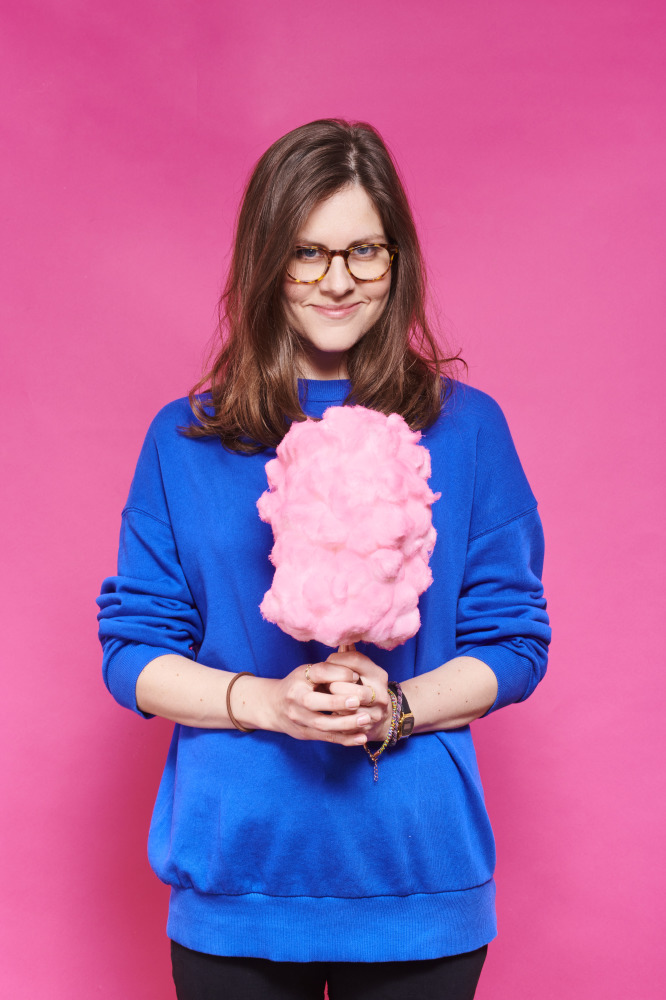 Dumb jokes, dumb people, the word 'dumb' when used to describe something great... That gets a giggle from me every time.

Jonathan Van Ness is the hairdresser in Queer Eye, and he's gorgeous, amazing and hilarious. He also does a web series for Funny or Die where he recaps Game of Thrones episodes called: Gay of Thrones. Highly recommend if you like fun. I could watch him for hours. He is pure joy. That said, I could also watch Queer Eye's Tan say "look how good you look" after he's dressed people on repeat for hours. Ugh, they're all just so great.

Frankie is the kid I nanny for, which means I spend most of my days with a snarky teenager. She makes me laugh all the time, like when she says things like: "taking care of me isn't really a job, because it's fun." Now that's comedy.

Arrested Development was amazing when it was in its prime and I have seen all episodes about 1000 times, so it's really a difficult toss up between all of the characters (Lucille forever), but Buster gets a special shout out for his timing, delivery and amazing facial expressions.

Meg Ryan AND Billy Crystal?? An out-dated view on love and sex?? BASEBALL?? It's the best.

My friend Nathan is one of the quickest, quippiest people I have ever met. He has comebacks for everything, and they're always so funny, so mean, and so on point. We used to compare our single lives to see who was doing worse and I was winning (by a mile). So when I got into a relationship I told him I was ready to get back on my high horse. And without missing a beat he went: "it's got weak knees, and it will crumble under the weight of you." That made me laugh for three days.

Just to be clear: Emma Watson is a goddess and an inspiration. That being said: when she was young, she was terrible at acting. Forgivably so, I mean, she was young. I love watching the first couple of Harry Potter films just to see her enunciate her way through scenes. Honestly, it's so funny. I have never seen someone open her mouth so wide.

Made years ago by a bunch of theatre kids in Uni somewhere in the US. It's all on YouTube in terrible quality but they made it with such heart and clearly such joy that it's amazing. My friend Shari and I can easily spend an entire conversation just quoting it back and forth.

Flight of the Conchords

Their HBO special is still one of the funniest things I've ever seen.