Rachelle Elie Discusses The Inspiration For Her New Show

For the last 15 years I have been creating and touring one-woman comedy character shows such as Joe: The Perfect Man (Outstanding Comedy Award, Ottawa Fringe) and Big Girls Don’t Cry (Best in Fest, Winnipeg Fringe) to rave reviews. I had never played myself in a show but after years of marital distress, my obstetrician/gynaecologist husband and I managed to rescue our love from the cliff’s edge and I found myself inspired to tell my own story. 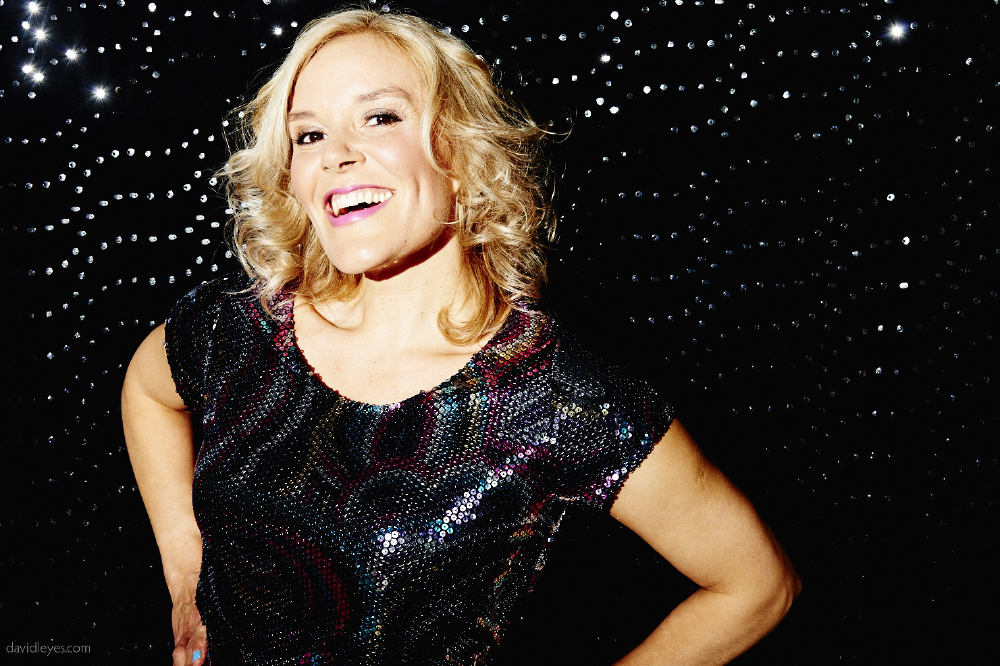 Reflecting on that period in our lives I realised that part of the challenge for our relationship was the fundamental differences between our training and careers. As I say in the show: “I’d always imagined I would marry someone like a poet or an artist. But here we were, a clown and a doctor – he spent his life mastering structure and I was a master of chaos. He always knew where his keys were and I always lost them. We had to accept that we were very different.”

I began to realise I knew more about love and relationships than superstars Gwyneth Paltrow, Madonna and Katy Perry could ever know and that being in the trenches of love was an accomplishment worth talking about on stage. I already did stand up appearances several times a week and from this a show began to emerge. I have also been producing RAG BAG Cabaret in Toronto since the 90s and five years ago started writing cheeky songs for our cabarets with UK musician Luke Jackson. Our first songs were Just Say You’re Sorry, Fuck First and Monogamy. As I began crafting the show it became clear that these cabaret songs fitted perfectly with my theme.

I am a modern feminist who enjoys my femininity. I was brought up to believe in equality and that nobody should be stereotyped. If the zombie apocalypse comes I know that I’ll be out there with my husband fighting to defend the family. But I still like having the door opened for me sometimes and can be a bit of a princess. I have been doing clown for 15 years and costume has always been hugely important in all of my shows. Although SIILWYA is more of a storytelling stand up show than clown over-the-top costume changes felt right for this show and are my way of getting clown elements in the story. To give an idea of what I mean, the costume designer Brandon Kleiman was inspired by Carol Burnett and Cher’s costume designer Bob Mackie.

The show is very close to my life, including the time spent in Kenya where my husband worked in a hospital and I taught art to HIV positive adults shunned by society. Medical politics forced my husband to resign his post just as I, after making sacrifices and overcoming doubts to accompany him, found my niche and was making a real difference to people’s lives.

The rest is history – a history laid bare for all to see on stage.