Richard Saudek writes a piece for Female First ahead of his new show Beep Boop at the Edinburgh Fringe Festival.

Award-winning physical comedian and clown RICHARD SAUDEK puts his heart and body into this human tale of one man’s cripplingly lonely obsession with technology, in BEEP BOOP. The show combines projection, foley sound, original composition, clowning and physical theatre and he’s bringing it to Edinburgh Fringe Festival this August. Ahead of that, he talks to Female First about the inspiration that went into making the show. 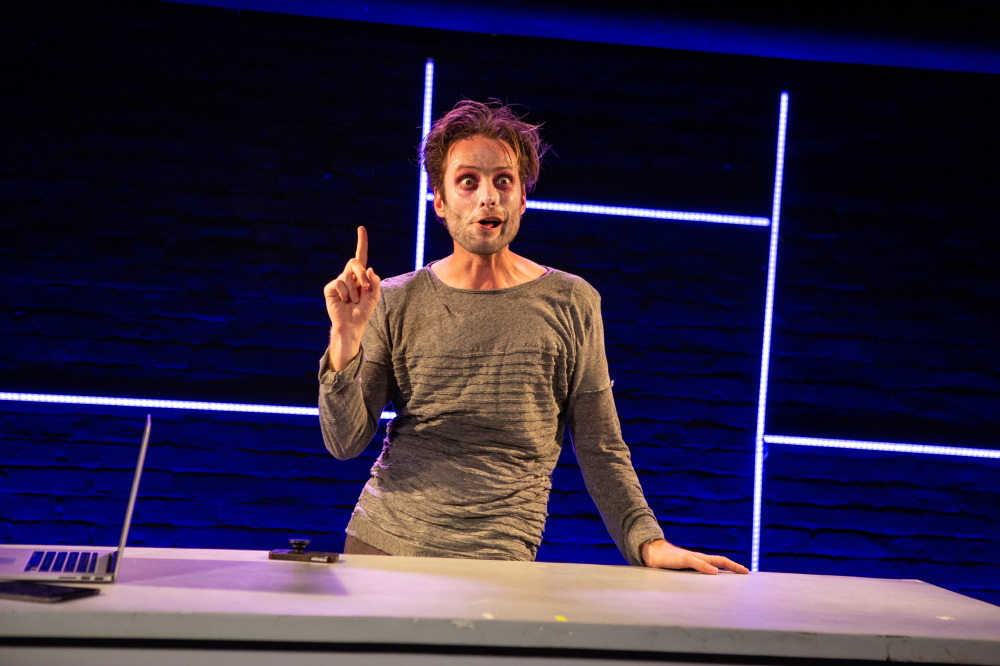 Beep Boop was born on a train. I was listening to a song by The Handsome Family (great band, I recommend them!) describing a world that is "deeper, darker, and better — that existed before *you* were born". It's a song that pines for visceral, natural elements - dirt, dead leaves, wind, a night sky, a place that existed "before"... I was listening to it via earbuds, via a music streaming service, via smartphone, on a subway in New York City, looking at everybody else on the train, with their earbuds, staring at their smartphones, plugged in, faces lit by the glow emitting from their palms. I had all kinds of feelings of isolation and interconnectedness in that moment.

I look at people in coffeeshops on their computers or phones, and imagined the little synapses firing in their brains. The people are inanimate, but there's so much activity happening: the way the eye flicks around, digesting information and scrolling thumbs that act like maniacal little beings independent of the rest of people’s bodies. Then there’s the blue glow illuminating people’s faces. That was one of the first images that I was interested in exploring. That blue glow illuminating your face shows a real loneliness, but it also shows an interconnectivity with an outside world that is dark and nowhere near you. It's a mask, projected on your face.

In Beep Boop, the conventional tropes of clown, vaudeville, and physicality bring forward that deeper, darker, human place while simultaneously exploring the modern-day reality of our addictions to our devices. I wanted to portray a clown in isolation, but in order to be a clown you need an audience. The audience is often the clown's only hope, the reason one does something. A need for connection.

That's where it started from. Now, after a lot of rehearsals and many weeks of performances in NYC, it has become its own beast. The show is both an indictment and celebration of our modern devices, as well as an ode to that olde time performance style: highly-physical, overwrought, instinct-driven. The silent-film era masters all got wrapped up in the gears of industry, poked by modern-living designs, fell from sky-scrapers and tossed around by modernity. To be entirely plugged-in and besotted by the blue glow but existing in the physical world of "deeper, darker and better" struck me as interesting. The world of the clown is deeper, darker and better...it is not the world of commuters on a subway train, it's the world of the maniacal scrolling thumb.