Samantha Pressdee writes a piece for us ahead of her new show Back 2 Basics at the Edinburgh Fringe Festival.

My psychologist Vivienne once said to me “Sometimes compassion is grabbing someone by the scruff of the neck and pulling them out of the fire.” I literally had to do that once with my friend Tom Palmer. He was dancing in a bonfire, wearing a dress. Tom had mental health issues. 1 in 4 people are affected and because like attracts like. I make friends with all the 1’s. 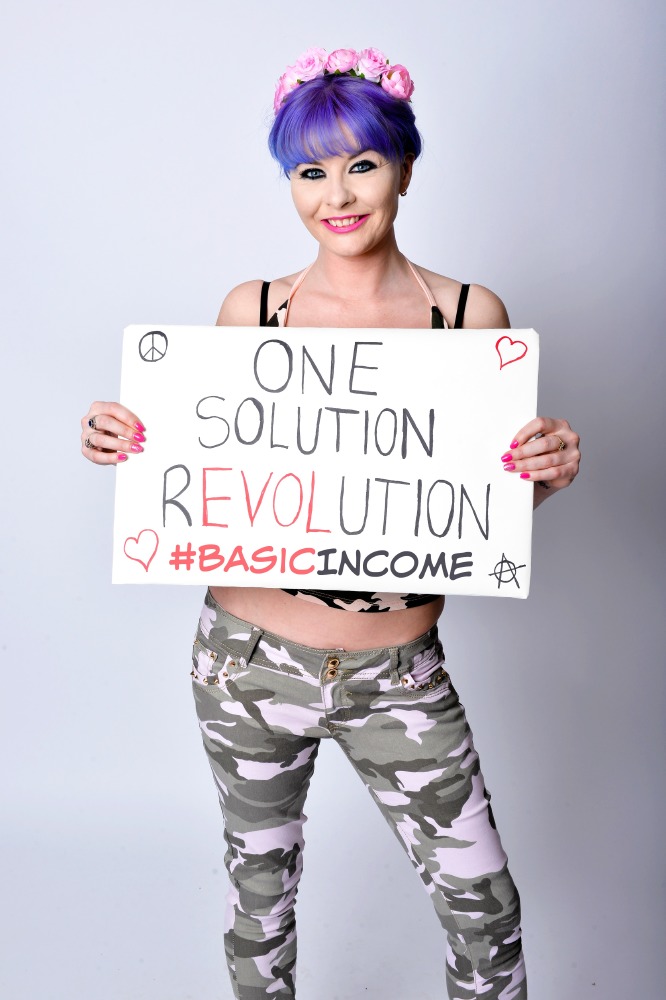 Tom was a kindred spirit. I could see past his wild ways as I was only a year into my recovery from a mental breakdown myself. I understood his frustration at the mental health system and wanted to help him. I’d invited him to come stay with me in September 2016, when I would return from the Edinburgh Fringe Festival. The plan was to get him under my mental health team and help him apply for the disability benefit ‘Personal Independence Payment’. Getting my basic financial and support needs met has helped me maintain mental stability, I was hoping it would do the same for Tom.

Tragically. I was too late. Tom died on the 22nd of August last year. He was only 28. The cause of death was a heroin overdose, he’d taken the drug impulsively. Many believe he was self medicating.

Tom believed in revolution, he’s the inspiration for my show this year. Back 2 Basic’s is about creating equal ground, the firm foundation of basic security we all need in order to maintain mental health. I can’t bring him back but I can honour his life by doing my little bit to create the future that he, myself and many others imagine.

What happened to Tom, was the ultimate social cleansing. He fell through our disintegrating welfare safety net. I like the idea of an Unconditional Basic Income, which is currently being trailed in Finland. Essentially it means no matter what, people have enough money to cover their basic needs. We also need safe social housing.

The consequences of austerity are starting to show. It’s not saving us money, it’s costing lives.  Social Housing, not social cleansing was the core message of Sweets Way Resists. I’m angry that it’s taken the tragedy of The Grenfell Tower fire to bring social housing issues into the mainstream conversation. I don’t believe it was the fire that killed the victims of Grenfell. It was an absence of compassion within our political system, leading to a lack of resources to pull them out before it was too late. As the gap between the rich and the poor continues to increase, it’s time we asked ourselves as a society. How much is enough?