Sara Julie talks to us about her new show Tense Vagina: an actual diagnosis ahead of the Edinburgh Fringe Festival in August.

Tense Vagina: an actual diagnosis is about motherhood - its beauty, challenges, horror, isolation, humor - and its identification as one of the largest influences on the human experience.  I pretty much made the entire piece in my head, while being attached to a hospital-grade breast pump and sitting on my toilet in my small New York City bathroom. I couldn’t find any time or space to go to the rehearsal studio since I was working and raising two kids, so I would periodically write down things my kids said, experiences that happened, feelings that surfaced. The breast pump literally spoke to me, so I wrote that down too. When I finally moved out of NYC (after 15 years) and found a place (and actual time) to rehearse, Tense Vagina poured out of me in several hours. And then while making the piece, I found the courage (and time) to seek treatment for the post-childbirth urinary incontinence I was quietly experiencing. At my first appointment at the Pelvic Floor Rehab Center of New England, my new physical therapist put her fingers in my vagina and diagnosed me with a “tense vagina”. That was it. Piece done! 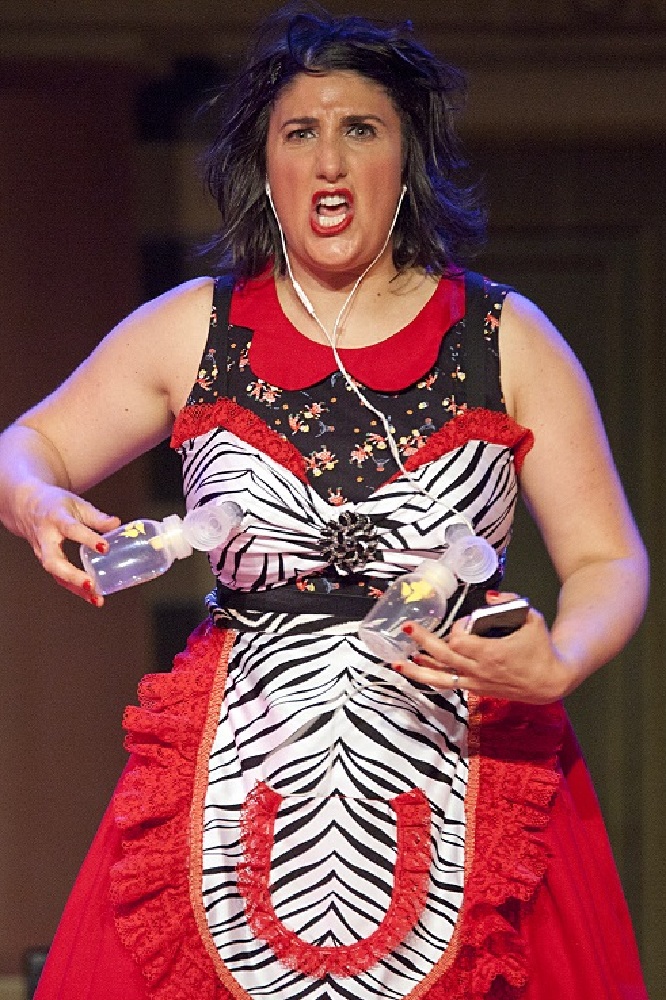 I premiered the hour-long solo in a sold-out run in Portland, Maine at the wonderful experimental performance space, SPACE Gallery in October 2015. The Portland Press Herald reviewed the piece to say, ‘Her dialogue throughout was funny and poignant, blending the absurd and the tragic’. From there, Tense Vagina received a New England Foundation for the Arts (NEFA) NEST Touring grant to bring the work to 3S Artspace in Portsmouth, New Hampshire and The Dance Complex in Cambridge, Massachusetts. In 2016, I was invited to additional opportunities at The Asheville Masonic Temple in Asheville, North Carolina; American Dance Festival in Durham, North Carolina; and the Bates Dance Festival in Lewiston, Maine. Tense Vagina had its NYC premiere in a sold-out run in October 2016 at The Chocolate Factory Theater. The New Yorker described it, ‘Like a standup routine performed in a supine position while doing Kegel exercises’.

In January 2017, I performed a shorter version of the piece at the Association of Performing Arts Professionals in New York City. Underbelly Producer, Marina Dixon attended and subsequently invited the show to Edinburgh this summer. Tense Vagina: an actual diagnosis will receive its international debut August 3-27, 2017 for 22 performances by Underbelly at Cowgate’s Ironbelly.