Sara Schaefer talks to us about her new show 'Little White Box' ahead of the Edinburgh Fringe Festival.

Sara Schaefer’s stand up show ‘Little White Box’ will be at the Pleasance Courtyard – That for the month of August so we caught up with her to talk more about her debut. 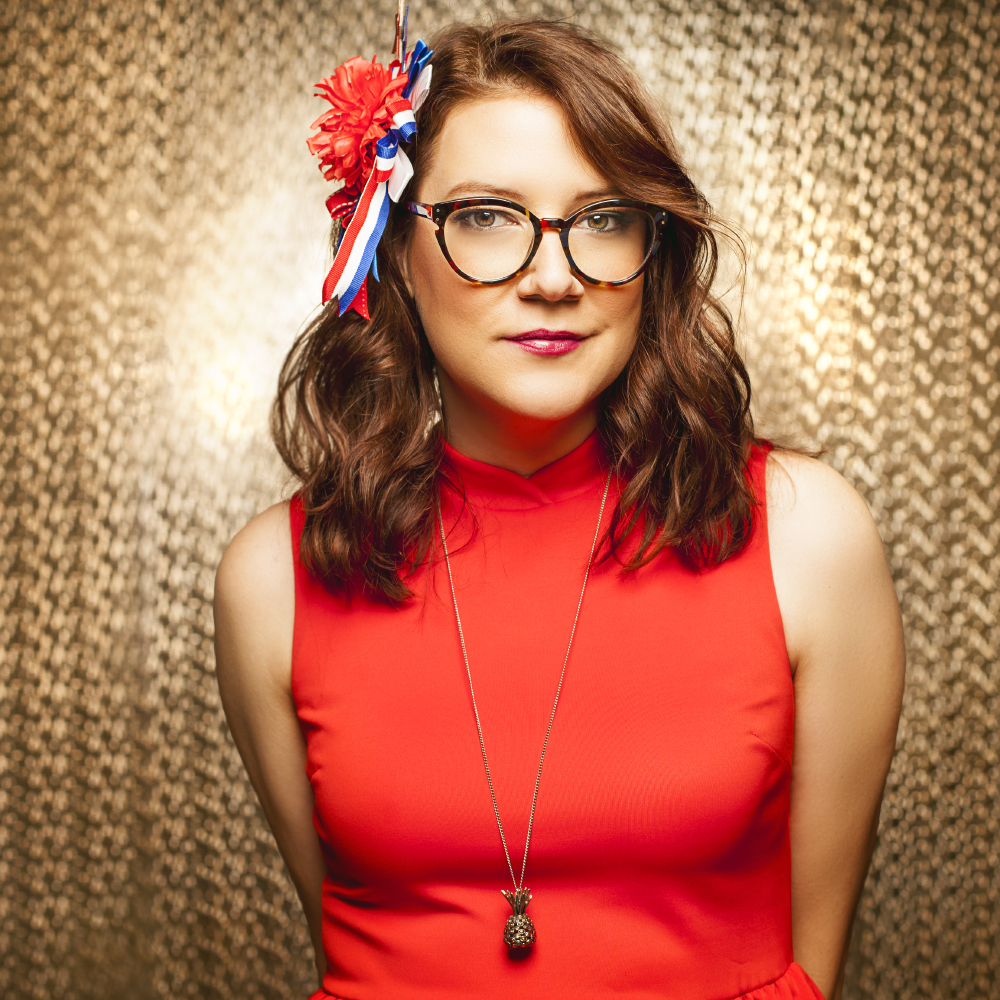 My comedy has evolved over the years, but right now I’m very interested in challenging myself to connect my personal stories to the bigger picture of what’s happening in our world. My first album Chrysalis, was a collage of personal stories, with some cultural observations mixed in. With my new show at the Fest, I’m tackling some larger themes like the current state of American politics and religion, but coming from a personal place. I’m comfortable with awkward silence and tension, and I enjoy turning dark moments into silliness.

Little White Box will be a mixture of personal stories from my life and commentary on what it’s like to be living in Trump’s America as a former devout Christian. I’m absolutely fascinated (and disturbed) by the current breakdown in public discourse, the wild media cycle, the death of truth, and the struggle to remain ideologically pure in an increasingly, impossibly complex world. This all sounds quite serious, but the show goes in directions you won’t expect. There’s a lot of silliness and one poop joke.

I would say my real influences are personal friends and co-workers of mine that I’ve spent hours talking to about life and comedy. People like Adira Amram, Erik Marcisak, Jon Friedman, Michelle Collins, Nikki Glaser, Emmy Blotnick, Scott Moran, Rory Scovel, Moshe Kasher (there are too many to list, I hate these types of questions because you always have to leave people out).

But in terms of the masters who have inspired me and shown me what is possible: Tig Notaro, Louis CK, Dave Chapelle, Wendy Liebman, Laurie Kilmartin, Rosie O’Donnell, Ellen Degeneres, Monty Python, Saturday Night Live, The State, Conan O’Brien, Richard Pryor, Chris Rock - all huge influences on me.

I usually love whatever meme or viral video is making the rounds, especially ones involving animals. Sly duck was a recent funny one. Also one that really gets me time and time again is this thing: comedian Nate Fernald made two entire albums mashing up popular songs with Barenaked Ladies’ “One Week,” and it’s hard to describe how funny it is. http://natefernald.tumblr.com/tagged/weekmusic/

I don’t have a definitive best or worst moment. More like a collection of great and terrible moments. One great moment was a show I did a couple years ago at Largo, Tig & Friends. Tig Notaro invited me to do it after seeing me perform at a festival. I really admire her, and Largo is on the bigger side of stages in Los Angeles. On top of that, an important Hollywood person was hanging around backstage. So I was super nervous. I went out there, and of course that audience was already naturally going to be good, but I’ll just say it: I killed. And I could hear Tig laughing, hard, from the sidelines. When I got off stage, I realized the big Hollywood type didn’t even watch me perform, but I didn’t care. Tig laughing was way more significant to me and I still think about that show regularly.

An example of a terrible moment happened when I performed at a club that is inside the biggest shopping mall in America, on Halloween weekend. I think that one’s self-explanatory.

I still get nervous before most gigs, but it really varies in terms of the duration of my nervousness. For instance, before a big, important show, I’ll be nervous the entire day, if not week leading up to it. But before a small, low-stakes show, it won’t hit until I’m literally walking up to the stage.

I’ve never been to the festival before, but everything I’ve ever heard about it excites me greatly. Just the idea that so many different performers come together from around the world in one city is incredible. I can’t wait to see it with my own eyes.

I’m excited to see Desiree Burch and Mindy Raf, both of whom I know from coming up together in New York City. And definitely Sara Pascoe and Mae Martin. I got to see and hang with them at the Melbourne International Comedy Festival in 2016.

Perform as much as you can, wherever you can and do everything you possibly can to cultivate patience. Oh, and treasure failure.

The oddest heckle - which turned out not to be a heckle at all - was when an audience member kept meowing like a cat. It turned out the young woman had Tourrettes Syndrome, and was very sweet, but it was VERY awkward at first, when I demanded to know why someone was meowing at me, and then she told me...in front of the entire audience. I felt so bad. Thankfully she was gracious and I was able to get the show back on track.

I’m hoping to shoot an hour special later this year and have some other projects in development that hopefully you’ll hear about soon!

Sara Schaefer’s debut stand up show ‘Little White Box’ will be at the Pleasance Courtyard – That for the month of August for tickets go to www.edfringe.com