Declaration is a curious, comic and candid autobiographical exploration of ADHD and mental health. It is also joyful, punchy, and packed full of humour and hope. It doesn’t shy away from difficulties but celebrates being a square peg who, no matter how hard you try, isn’t going to fit into society’s round hole! 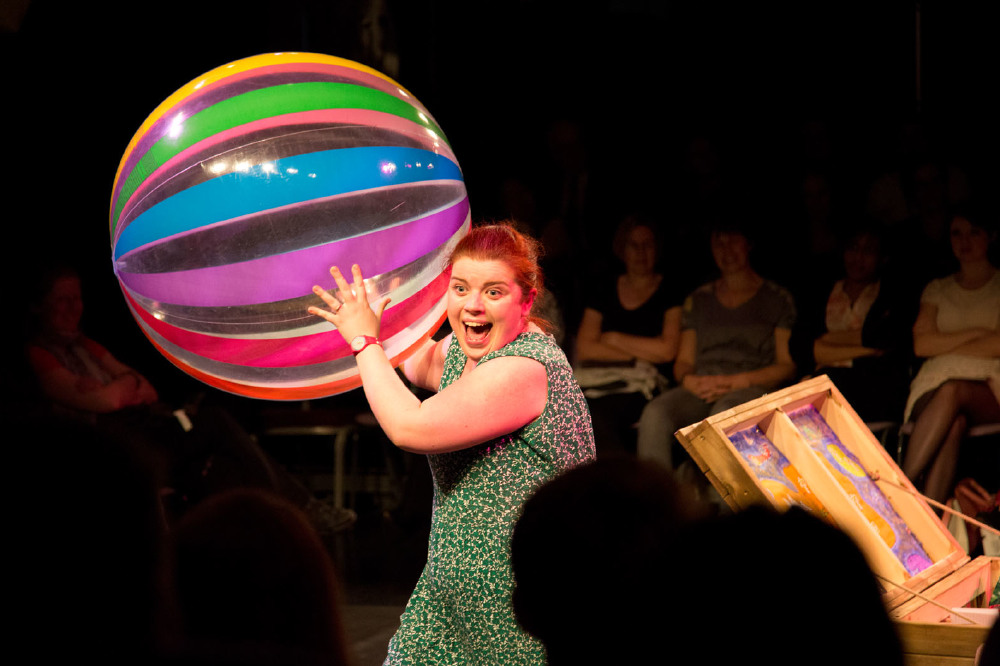 As I faced a diagnosis for ADHD at 30 I noticed the lack of visibility of adult women, constantly faced with the stereotype of young boys tearing round supermarkets rather than someone like me; a woman in her 30s struggling with a smorgasbord of symptoms. There is a huge gender gap in the diagnosis of women and girls because we often disguise our symptoms by replicating behaviour. Growing up, I became really good at hiding and I slipped under the radar. By my late 20s I was struggling and couldn’t hide anymore, my symptoms were having a huge impact on my everyday life and I knew I needed help. So when I was 30 I took myself to the doctors, and that experience left me with more questions than answers. I felt vulnerable and misunderstood but galvanised to share my story.

I started to seek out other people at support group for adults with ADHD. It felt exhilarating being around people who I didn’t have to explain anything to, and a huge relief that I wasn’t alone. I wanted others to feel that too; for us all to be part of a supportive collective to celebrate ourselves and each other.

I want to show people the positives of ADHD; the fun, the laughter, the ‘anything could happen’ (in a good way!), being curious, spontaneous, able to hyper focus on things for hours, never running out of things to say and making super speedy connections off the cuff.

Each performance is different and there’s audience interaction (the non-scary kind!) which you only have to participate in if you want to. The Declaration set is like a big den which everyone sits inside and it starts with me welcoming everyone in and a few people have said to me ‘I don’t want to do any audience interaction’ but then about 90% of them have told me afterwards that they regret saying that because it was fun!

On the road now, we’re an all-female team which we’re pretty proud of. We have a Wellbeing Space run by mental health practitioner Steph with wellbeing activities for audiences and a chance to get a brew, have a chat and talk about what Declaration may have stirred in you.

We’re halfway through the tour now and I still get really nervous but by the end of the performance I feel like I’ve known people in the audience for ages! Along with the nerves is plenty of excitement, and I feel proud to be able to share my story and celebrate being a vibrant square peg.