Sarah Keyworth writes a piece for us ahead of her new show Dark Horse at the Edinburgh Fringe Festival. 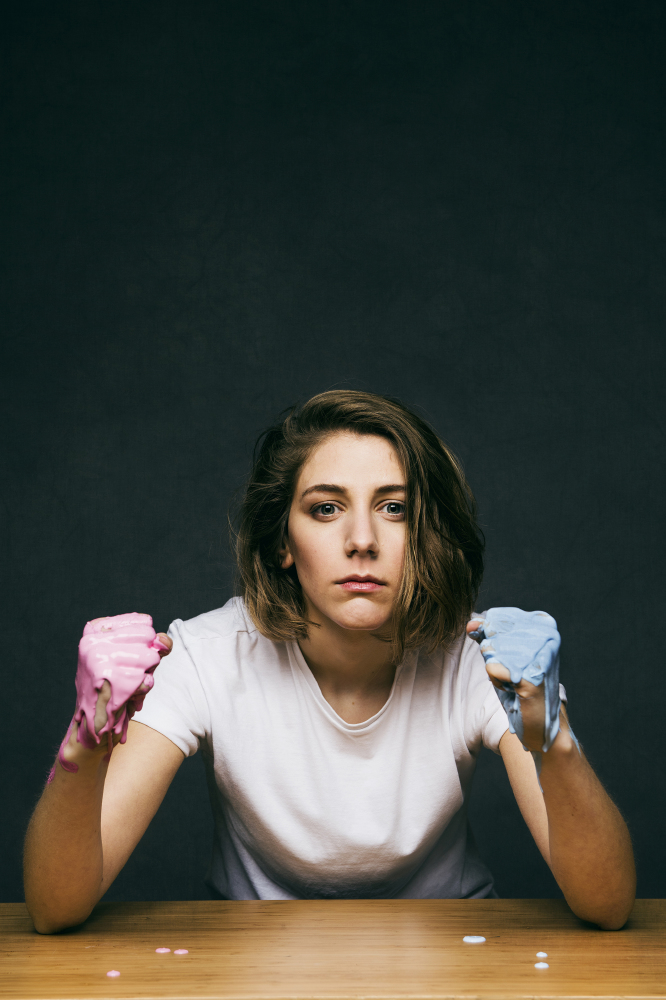 My parents never fail to make me laugh, they’re in their sixties and they come to visit me in London and pretend that they have no idea what’s going on. Last time they were here my dad swindled his way onto buses by tapping his Nottingham City Old Age Pensioners card on to the Oyster Card reader until the drivers gave up and let him on. He then bragged about his £1.50 saving to anyone who would listen.

This one isn’t reasonable. I just have such a crush on Taylor Swift that I find everything she says funny.

I could watch and rewatch John Mulaney’s stand up specials on Netflix a hundred times and still laugh. He is genius.

My girlfriend’s inability to speak to waiters

I am dating a loud Irish woman who is not afraid to stand up and have her voice heard, she was once the number 1 debater in Europe or something nerdy like that. However, when it comes to attracting the attention of a waiter in a restaurant she opens her mouth as if to shout ‘excuse me’ and then pathetically whispers it into the air and I find it so so funny.

I was once at an airport and a girl walked by me and in such a sad voice she said ‘.... and THEN I had to start my poo all over again’. You don’t know what I’d have given to find out what had happened.

I am not proud, I know it’s awful and cruel to laugh when someone might be hurt but I once saw a woman trip on her way onto a train and crawl the rest of the way onto the carriage. IT WAS GOLD.

A 6 year old boy once told me to get a job and I’ve never laughed so hard.

Now I know it’s an absolute cesspit of hatred and vitriol but Twitter also frequently serves up some beautifully hilarious moments. This article took twice as long to write because I just spent half an hour watching videos of people flapping duvets around like Beyonce in the Carters’ new music video.