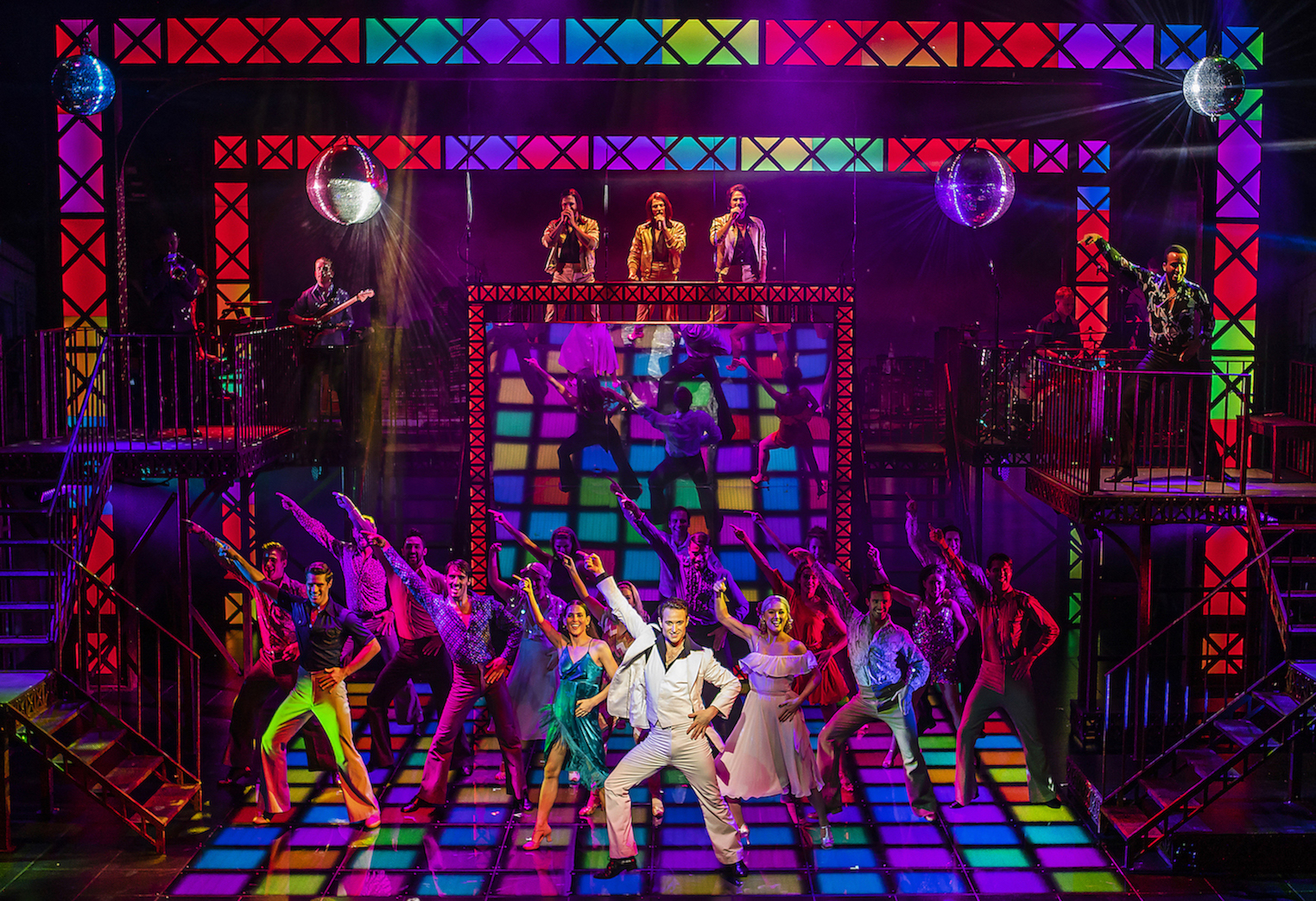 Growing up in the age of talent shows, dancing had become somewhat of a fad, at least to me and a portion of my generation. It takes a lot for a dance or a dancer to impress me; I'm a dance snob, you could say. Or, just ignorant. But either way, the magic was lost the moment Diversity took home the Britain's Got Talent crown. I thought that was the peak.

Cut forward almost a decade and I'm finally able to call myself out on being so wrong. Dancing is an art, and one that can be incredibly moving, emotional and tell a narrative. That's exactly what choreographer Bill Deamer (who has in the past won the Laurence Olivier Award for Best Theatre Choreographer) has done with the current touring production of Saturday Night Fever, which enjoyed its opening night in Manchester's Palace Theatre on Tuesday evening (January 22, 2019).

Working with acclaimed director Bill Kenwright, the dance mogul has put together some stunning routines that had the audience jiving along in their seats.

Former Casualty star Richard Winsor takes on the leading role of Tony Manero, and it's hard to imagine anybody else excelling quite as well as he does. Having trained at the Central School of Ballet, as well as the Guildhall School of Music and Drama, he's a natural on the stage, and perhaps the single best dancer I have ever seen perform. 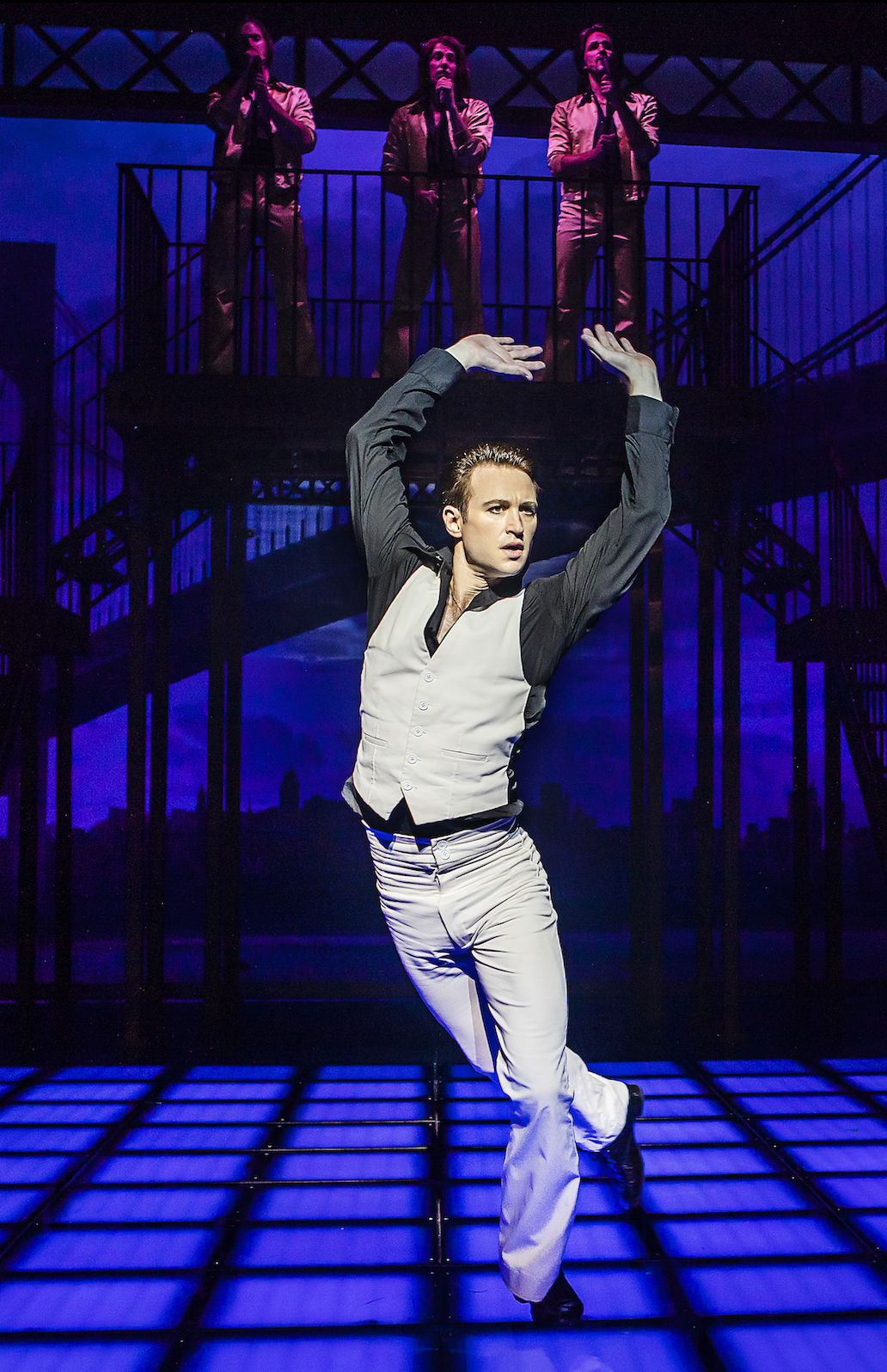 His solo dance routine following the tragic events towards the end of the show, as well as his strutting around the local dance club where revellers can't help but keep their eyes on him, are moments of theatre that will stick with me forever. Winsor is a true professional, and if I had the opportunity to see him in this role again, it'd be one I snatch with both hands.

Let it be known however that this is a true ensemble show. Whilst Winsor is a man who commands the attention of everybody watching, so too does his fellow performers.

Kate Parr is an amazing Stephanie Mangano and again, is without a doubt one of the best dancers I've ever had the privilege of seeing in the flesh. Once you pair that with her fantastic acting, you've got a true leading lady. I can't wait to see what she does next.

Raphael Pace as the bumbling Bobbie C is somebody you root for from the off. His world seems to be crumbling around him, and all he wants is the support of his friends and above all, his longest friend, Tony. 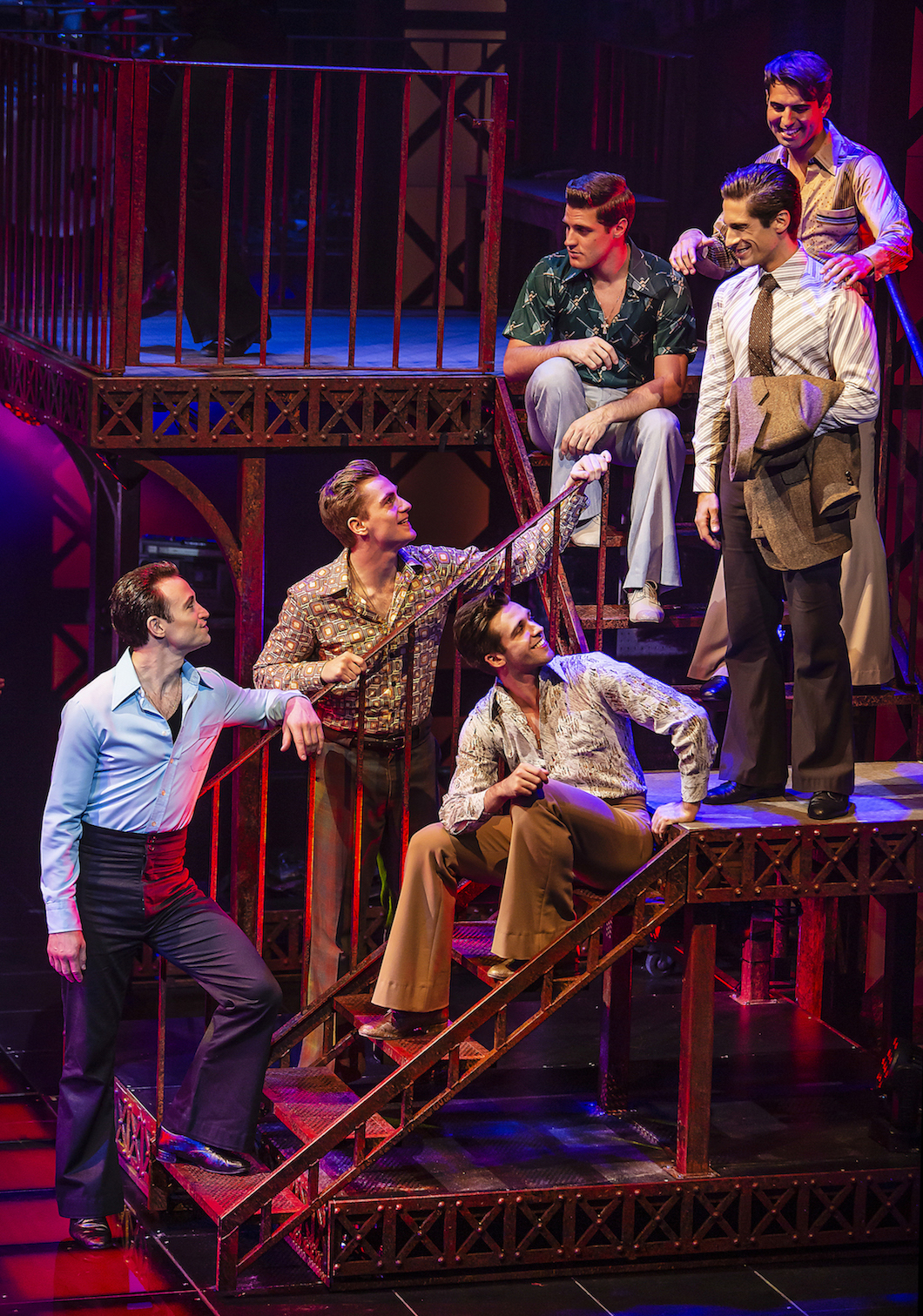 Michael Cortez, Jared Thompson and Owen Broughton round out the group of Tony's friends as Joey, Double-J and Gus respectively. They each deliver a unique personality that's sure to be relatable for anybody who has grown up in a similar situation, or at least seen these sort of characters in classic musicals and on TV.

Then there's Anna Campkin as Annette, whose rousing performance of If I Can't Have You made me want to jump to my feet. She has a wonderful voice that was complimented beautifully by the live Bee Gees singers; Edward Handoll as Barry Gibb, Alastair Hill as Maurice Gibb, and Matt Faull as Robin Gibb. 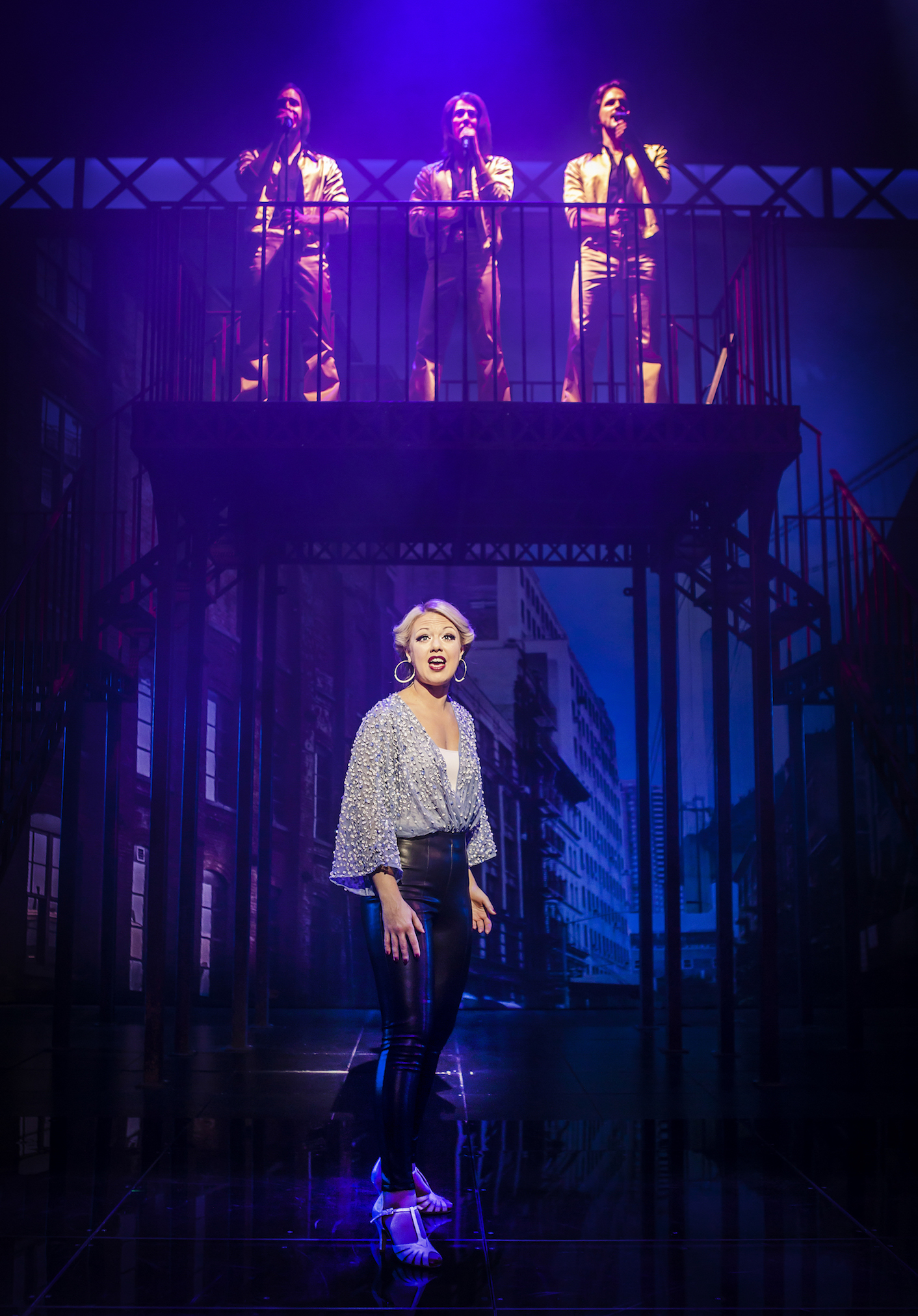 The trio are unbelievably similar to the original group! Their vocals are highly reminiscent of the classic Bee Gees tracks we've grown to love throughout the years, and their performance alone is worth the price of admission.

An incredible stage design, fan-favourite Bee Gees tracks and compelling narrative combine for one experience that the audience last night are sure to never forget. This is also the first Saturday Night Fever tour that has implemented a live band, from musical director Richard Morris and associate musical director Jeremy Wootton.

Eikel Hernandez plays the trumpet and flugelhorn, with Luke Beirne on guitars, Ali McMath on bass guitar and Dan Hayward on the drums. They come together and create utter magic. 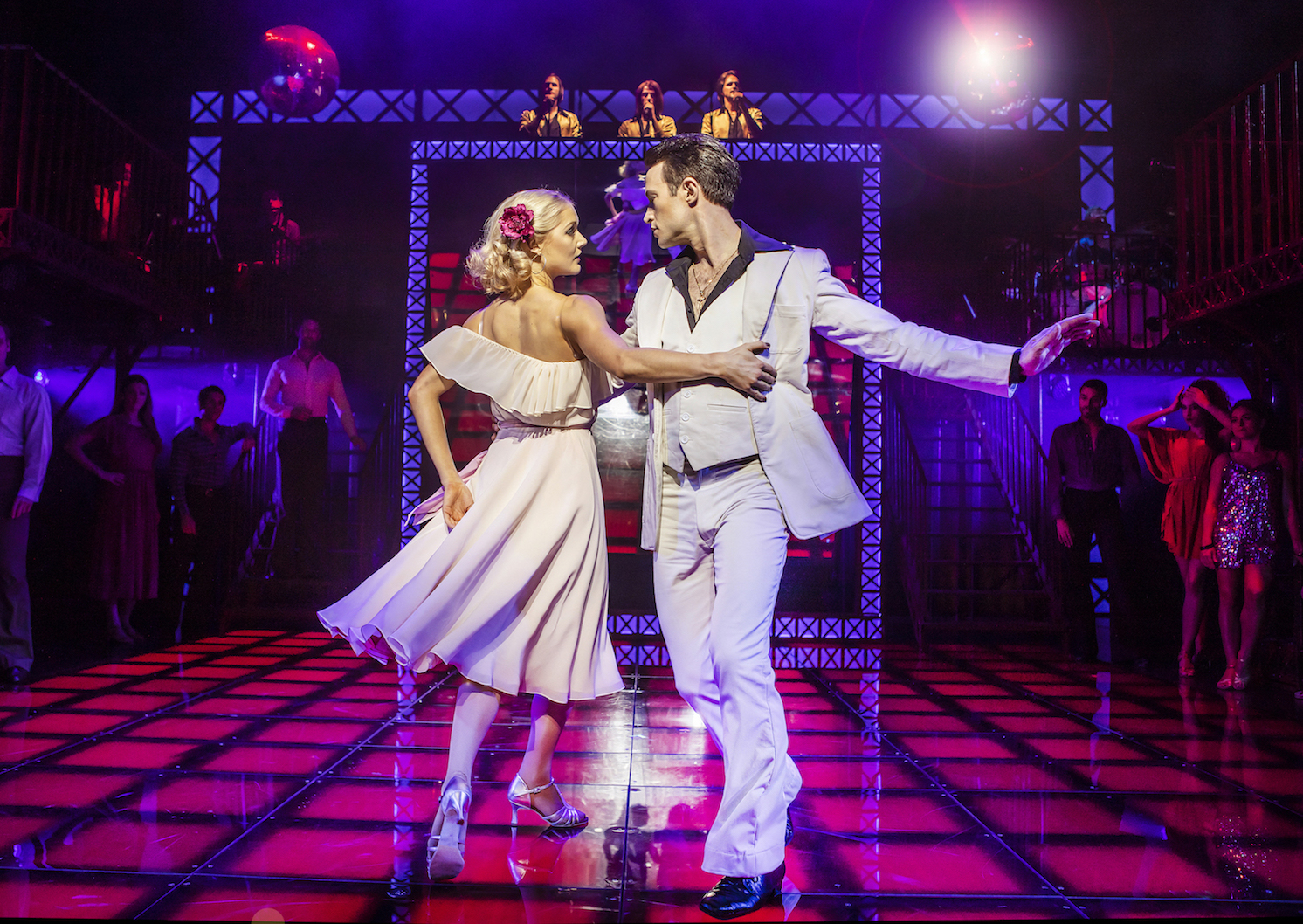 Saturday Night Fever runs at the Palace Theatre in Manchester until Saturday, January 26. 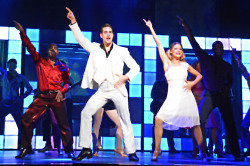 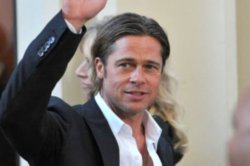 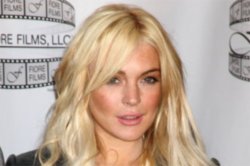