Please tell us about your brand of comedy- what can audiences expect? 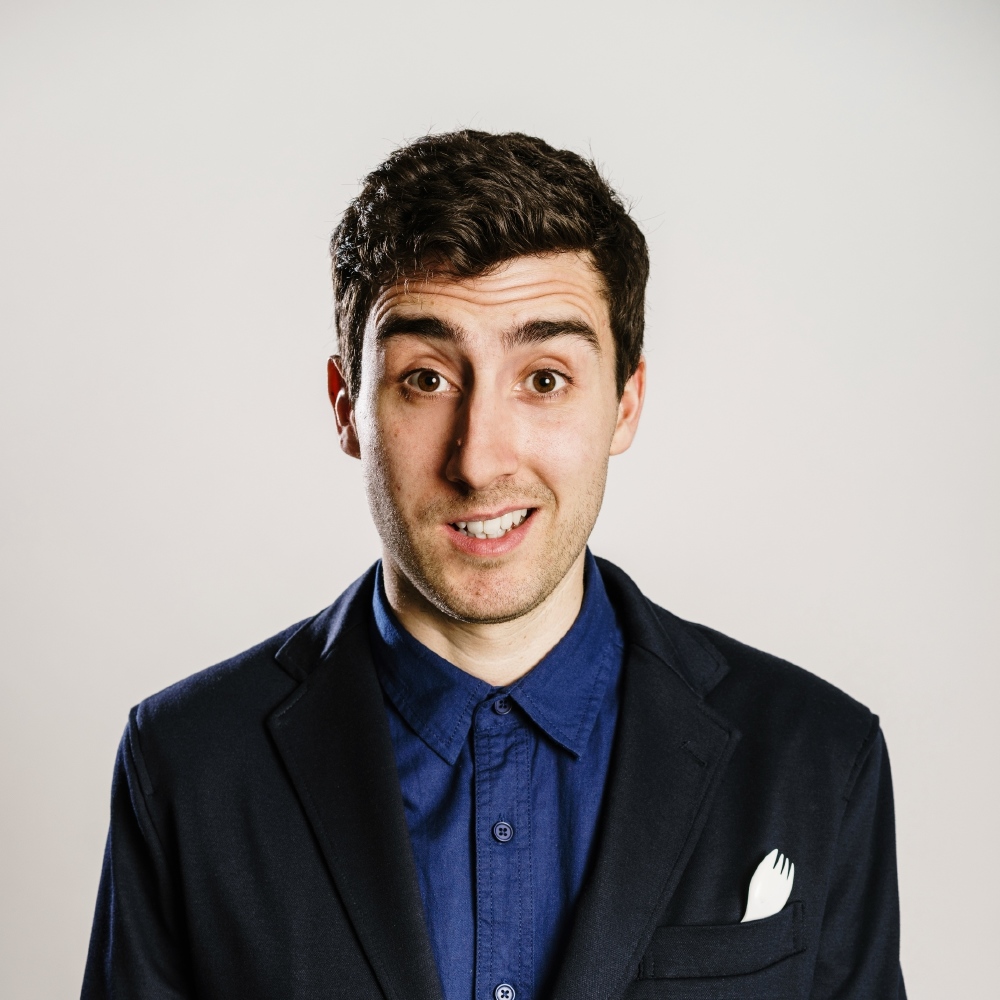 I like my shows to be a narrative so that I take the audience on a journey with me. I want crowds to feel uplifted at the end of my shows. And also I want them to laugh, that is also crucial. I'm not a rude comic really, mainly because my mum has to come see it.

Which comedians have been your biggest influence?

There's loads of comics I love watching. Kevin Bridges is one of my favourites, he is just makes it look so effortless. I recently watched a few of Sarah Kendall's shows, she tells fantastic stories and really knows how to take her audience on an emotional journey. I've learnt a lot watching her.

I recently got introduced to videos on YouTube of babies going through tunnels in cars. It is incredible.

I recently recorded my first TV stand-up appearance for Russell Howard's Stand Up Central. That was a real buzz. The atmosphere was electric.

Only a few nights after that recording I did a gig in a pub in Oldham in front of 3 audience members and 4 dogs. More dogs than humans. Not a great gig.

Yeah I always get a little nervous. But how nervous I get depends on what the gig is. I got pretty nervous performing to those dogs.

It is basically the exam period for comedians. It's the point of the year that we've all build up to, so everyone important comes to see it. And it's the only time of the year where all the comedians are in once place for a sustained period of time.

Who are you looking forward to seeing as an audience member?

It's the best job in the world, so back off.

I once got corrected on my maths while on stage. I can't remember what the sum was that I attempted, but I made a mistake and a very kind mathematician pointed out where I had gone wrong.

Well next is the Edinburgh fringe, every day at 5pm at The Tron. After that I'm going on a holiday. Then I guess I'll start thinking about Christmas.

Steve Bugeja: Unpronounceable is at Just the Tonic at The Tron at 5pm, 4th - 28th August (except 15th) as part of the Edinburgh Fringe