Tamar Broadbent Reveals Her Inspiration for 'Get Ugly'

Tamar Broadbent discusses her new show 'Get Ugly' before it's unveiled at the Edinburgh Fringe Festival in August.

This will be my fifth year performing at the Edinburgh festival. It is like a home away from home - I’ve loved putting on shows there, getting wet socks and sometimes living in houses where you can only shower if the oven is on (another story). It is my favourite place and the most exciting festival in the world. This year I will be performing Get Ugly - a musical comedy about being newly single in your mid-twenties, in an image-conscious world. It’s about re-discovering your awesomeness and embracing life without a filter. 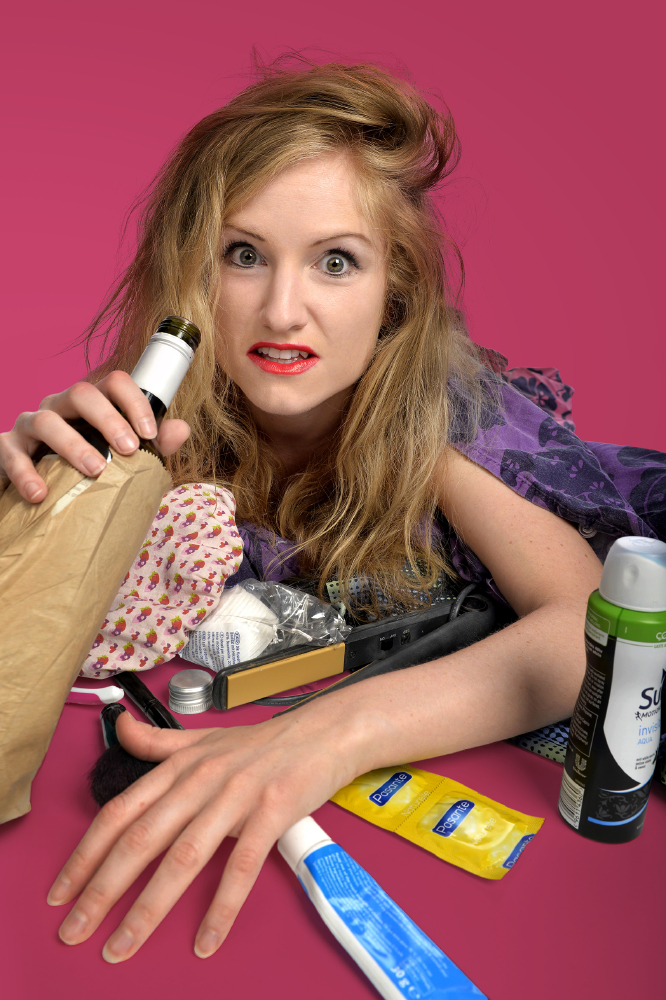 Tamar Broadbent in Get Ugly By Rebecca Pitt

The inspiration for the show came when I was discussing a break-up with my sister, over red wine and weird tears - the kind of tears that make you blotchy and gross, not the beautiful, crystal, Elijah Wood from Lord of the Rings type tears. My ex and I had been together for five years, which is longer than my relationship with live comedy or Instagram, and I had no idea what to do with myself. My sister offered some helpful advice: “Beware, Tamar, for you become 25% uglier when you go through a break-up. It’s just something that happens”. You also become 100% more likely never to ask HER advice ever again.

But she was right - it’s not like I’d physically transformed but it’s a weird transition to go through as you go from knowing you have someone who thinks you’re awesome to just having to think you’re awesome all by yourself. And that’s harder in the ugly bits of life. Like, if you’re in public and you spill a drink on your crotch. It’s just a bit worse if it looks like you’ve wet yourself AND nobody loves you.

My confidence was at a point where I hardly recognised myself. I’d have days where I’d just lie naked on my bed because I couldn’t pick an outfit to leave the house in, or I’d accidentally say ‘fleb’ to a good-looking man because I’d forgotten how to talk to people I found attractive. I decided it was time to regain confidence, but not by getting a new hair cut or trying to find someone else to reach things off top shelfs for me. I wanted to become a strong, independent woman, the one I’d always claimed to be but had never really truly seemed to become. That’s what Get Ugly is about. There are comedy songs and stories about dodging hipsters, envying gym girls, questioning body hair etiquette... about STD freak-outs, weird Tinder dates and standing up for the people you care about.

I’ve been working on Get Ugly for a year and have performed it in the UK, Europe and Australia. At the Perth Fringe in February the show was nominated for Best Comedy, which was such a compliment and made me pumped to bring it home. There’s something universal about heartbreak, the quest for independence and seeking self-confidence that has allowed the show to appeal to men, women, teenagers and septuagenarians, and I can’t wait to share it with Edinburgh audiences. My favourite type of comedy is that which is vibrant, honest, tells a story and has the audience leave on a high, and that is what I have always tried to achieve with my shows. And hopefully it will - come see it at the Underbelly in August to find out!