In a year when disabled people are in the spotlight like never before, Total Permission is a ground-breaking new documentary on The Space, the new digital arts service (developed by Arts Council England in partnership with the BBC) to provide a unique platform for artists and arts organisations to showcase their work.  Total Permission follows conductor Charles Hazlewood, founder of the British Paraorchestra, as he encounters 12 of the artists commissioned by Unlimited, a strand of the London 2012 Festival that encourages deaf and disabled artists to take risks, to create work that is not just unlimited, but exceptional.

Throughout this 30 minute documentary, Hazlewood talks to the artists, reviews their work and speaks to audience members at the Unlimited festival, described by Jude Kelly, Artistic Director of Southbank Centre, as 'one of the most significant festivals we've ever done'; and described by Channel 4 News presenter Jon Snow as “enshrining what we have learnt from the Paralympics”.

Total Permission portrays how Unlimited successfully challenged preconceptions by showing disabled people in ways audiences did not expect. The documentary, commissioned for The Space, is the conclusion of the award-winning Push Me collection, a series of short films made for The Space which chart the journey of these extraordinary artists, whose work may not otherwise have been captured on film.

Conductor Charles Hazlewood says: “The Southbank Centre Unlimited Festival was a distinct moment in time, an amazing counterpoint to the London 2012 Paralympics. There is no question that a major shift in perspective is taking place, that the world is waking up and greeting - as if for the first time - the extraordinary community of people with disability. Unlimited provided a platform for artists at the top of their game, just as the Paralympics has done for athletes. But the Paralympic Games has taken over 50 years to gain the trust and respect of the world; the arts have a lot of catching up to do. Unlimited felt like the first step on a journey where the outcome must be deeper and fuller integration at all levels for artists with disability, into the mainstream. Unlimited showed us what we had all been missing!”

Ruth Mackenzie, Director, London 2012 Cultural Olympiad and London 2012 Festival says: “ I was honoured to chair the panel of artists and producers who awarded the Unlimited commissions to the great disabled and deaf artists from the UK, collaborating with artists from round the world.  The panel, the funding partners but above all, the artists themselves have shown that the Unlimited programme is a game changer for disabled and deaf artists - for audiences, for festivals, for funders and future Paralympic Games, the bar is now at a new high and the challenge is to go higher still”.

Jude Kelly, Artistic Director, Southbank Centre adds: “London 2012 has been and gone and what’s changed?  Many things probably but one thing certainly.  After Unlimited, the biggest festival by deaf and disabled artists, we will never marginalise the power and meaning of this area of work again.  It’s gone mainstream.”

Dick Penny, Managing Director of Watershed and executive producer of Total Permission says: “The creators of these extraordinary performances, which include an underwater wheelchair, a bipolar circus, a symphony of sirens and a ten metre tall inflatable, are not “superhumans”, but simply artists like any other, who are rarely given the attention of their non-disabled peers.”

Artistic Director Sue Austin's Unlimited commission, Creating the Spectacle!, sees footage of her plunge into the sea in her wheelchair. She was motivated to make the film, she tells Hazlewood, by the negative reactions she received when she started using her wheelchair: 'They saw it as a tragedy and a loss.'  But she saw it quite differently.  Following an extended illness she had lost her mobility and become almost house-bound, so for her, 'it's always been my freedom, my power chair'.  This exhilaration and freedom is clearly captured in the underwater footage.  Before and after watching her work, Sue asks people what they think when they hear the word 'wheelchair'. Before seeing the film they use the words 'restrictive', 'difficult', 'inconvenient'; afterwards, these descriptions are transformed into 'graceful', 'freedom', 'inspirational', 'wonderful'. Her favourite response to her work is, 'I want one of those' because, she tells Hazlewood, 'It is so much fun, it is an absolutely ecstatic experience.'

The work produced by these artists is all extraordinary, evidenced by the responses from the audience shown at the end of Total Permission. One audience member describes the experience as 'The best piece of physical theatre I’ve ever witnessed.' Yet disabled artists are rarely given the attitude and attention of their non-disabled peers. Jude Kelly points out in the film: 'One of the key things we wanted to do was take deaf and disabled art and put it right to the front of the Cultural Olympiad. We wanted to be clear that deaf and disabled artists in this country were already doing amazing things – but people hadn't seen it, there was no critical matter bringing it all together.'

The artists were commissioned by the Unlimited programme as part of the London 2012 Cultural Olympiad.  Further information about the artists and their journey to the Unlimited Festival is available on The Space in the form of two series of 90 second short films, the Push Me Collection and the Push me Collection: The Journey.

Total Permission is a commission for The Space from Arts Council England with additional investment from Creative Scotland, and is produced by Watershed.

The theatrical premiere of this documentary will take place on Monday 3rd December with special screenings plus Q & A at both Watershed in Bristol and National Media Museum in Bradford.  In addition, the Southbank Centre is planning an event and screening in early 2013 to celebrate and reflect on the legacy of the Unlimited festival.

Tagged in the space 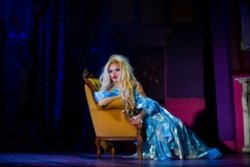 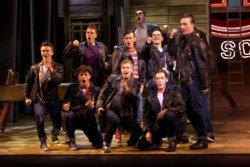 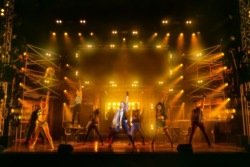