How To Work With Your Best Friend

The Next Best Thing write a piece for us ahead of their show "How to be good at everything" at the Edinburgh Fringe Festival.

Working with your best friend can be difficult. Fraught with battles over workload, time management and who makes the tea. But the founding and only members of Next Best Thing, Jay and Katie make it look easy. Friends for over 88.45638% of their lives, the pair have survived the innocence of childhood, the hapless smart-arsery of their teens and the infinite wisdom of their twenties. As self-styled life gurus and haxperts, their show teaches audiences how to be good at everything. 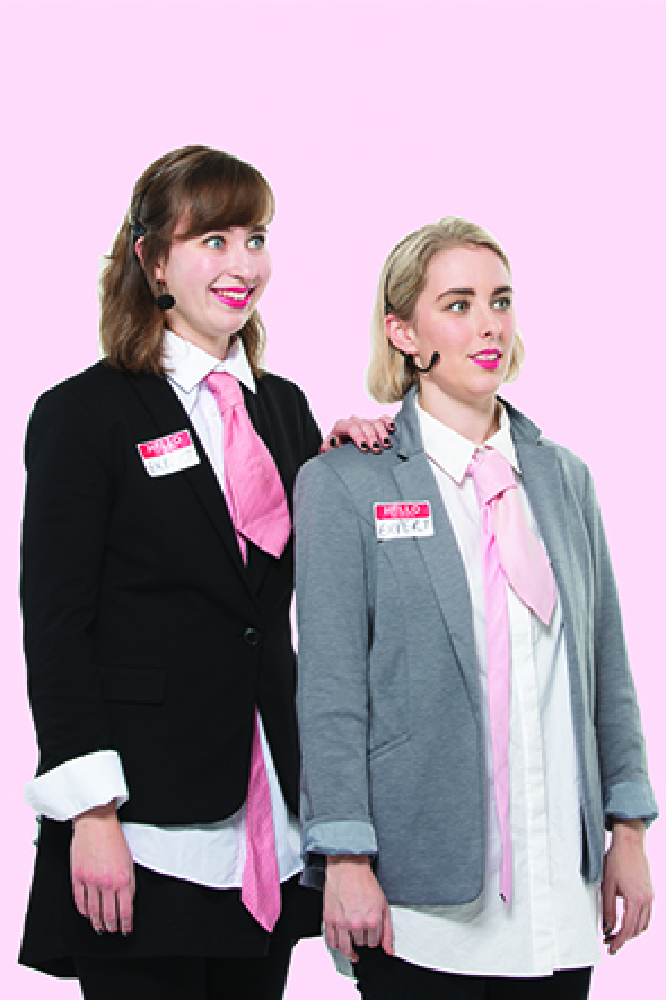 The Next Best Thing

But how do they maintain a friendship whilst working together? We interviewed ourselves to find out:

K:         Jay and I met in a dance class aged four. We were kindred spirits from the start - she was like the shorter, blonder, less intelligent twin I lost at birth. We started working together at secondary school, performing a tap dance for the charity event of the year, ‘Old People’s Entertainment’. We were the talk of the afternoon! Riding high on our success, we entered the school’s prestigious Stars in their Eyes competition. We placed second after a girl who would later become a minor character on the hit television show, One Tree Hill.

K:         Thank you, Jay. Ah yes, in 2008 I was bestowed the highest award for achievement in tap dancing at our local village hall, the Michaela Strachan Tap Cup. You’re probably wondering, ‘that’s not related to the Michaela Strachan of The Really Wild Show’ is it?’ WELL YOU’RE RIGHT! It was in that moment, I realised we must continue to work together because at the time, Jay was the only other person I knew taking regular tap classes. And the rest is history. That we will tell you now.

K:         Thank you Jay, that’s a great question. When I identified ‘Self-help’ as an untapped market, I knew we had to throw the dancing asunder (that just means to the side) and focus on edutainment. How would you describe our creative process?

K:         Much of our creative process is one of thoughtful contemplation and the generation of original, organic ideas. It’s important to maintain a healthy amount of Friend Time™. This is where we allocate 15 minutes of uninterrupted socialising, girlie chatter and aggressive gossip to make sure we stay friends on the rocky road to dizzying celebrity. And then the rest is work, work, work!

Next Best Thing will be taking their show “How To Be Good At Everything” to the Edinburgh Fringe Festival 2017. Performing at the PLEASANCE COURTYARD BUNKER ONE WEDNESDAY 2ND AUGUST – MONDAY 28TH AUGUST 16:45. (Not Tuesday 15th August)

To buy tickets go to: www.pleasance.co.uk/event/how-be-good-everything/performances