Marcus Monroe talks to us about his new show The Rise and Fall of Marcus Monroe ahead of the Edinburgh Fringe Festival.

“The Rise and Fall of Marcus Monroe” is a show I think everyone who has ever had a dream can relate to.  It’s about those ideas and dreams you had as a kid and realising that you’re never too much of an adult to follow those dreams.  To tell this story, I am using my actual life as a professional juggler. The show gets extremely personal and I reveal truths about my life that I get nervous even thinking about. 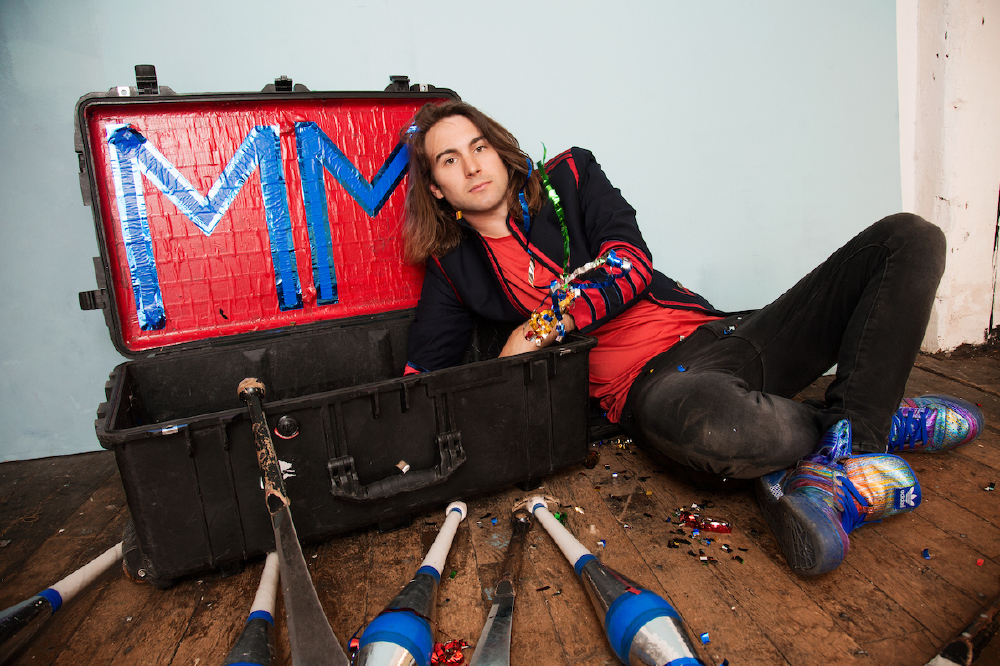 The show developed after I dropped out of University, twice.  I started performing full-time and at some pretty impressive venues for a juggler, sharing the stage with some of my favorite comedians such as Amy Schumer, Chris Rock and Marc Maron.  I then was cast in a variety cabaret that played in London called La Soiree, which won the Olivier Award, and I was featured alongside Gaby Roslin in ITV’s Get Your Act Together (). It was after that I felt like I had almost hit a wall with where I could take my act so I wrote about breaking the glass ceiling as a juggler. Obviously, fairly ridiculous since there are much greater issues that are worth our attention, but I am selfish.

I teamed up with director Andrew Neisler and writer Josh Koenigsberg (Orange Is The New Black) and for two years in New York we work-shopped this super ridiculous show.  It even became a New York Times critics’ pick after it’s first run in the city. Then we did what any good show does and we destroyed it for the better. We rewrote the entire show I even taught myself a few new skills.  For example, in the old version of the show I was on a mission to become the world’s first juggler of fish.  However, in this version I’m juggling actual sticks of dynamite.  Our goal in this show is to really see how far we can take a juggling show.  Not only how big can we make the show, but how much life we can breath into the show and if it can sustain outside of the Fringe.

Our secret sauce is Anna Aschliman.  She was hired as a PA for the show in 2015, we then discovered that she and I are from the exact same town in Wisconsin. It gets even better, a few years back I broke both my feet at the exact same time during a show and it was Anna’s dad who treated my broken feet.  Anna wears many hats during the show. I don’t want to give too much away but what you think is just a juggling show turns out to be a story about connecting with others, following your dreams, and taking risks.  Anna is on stage for a few moments in the show and carries herself without a lick of stage presence or self-awareness.  It’s perfect though and she’s permanently a part of the show.

Inspiration comes in many forms in this show and what’s truly great about it, is that so many people come up to me afterwards and say that I’ve given them some encouragement to follow their dreams. We had a guy in New York actually quit his day job after 12 years to become a pilot. I’m not telling you to quit your job, but if it’s going to make you a happier person then maybe you should.

Marcus Monroe performs his new show “The Rise and Fall of Marcus Monroe” from the 3rd – 27th August at 3pm throughout the Edinburgh Festival Fringe at Assembly George Square Gardens. For tickets see: https://www.assemblyfestival.com/whats-on/the-rise-and-fall-of-marcus-monroe