God Is A Woman By Sara Hirsch

I’m Sara. According to my twitter profile I’m a poet, a performer and a feminist, but for the next month, apparently, I will also be answering to ‘God’. I’m playing the voice of God in Richard Marsh’s ‘Todd & God’ at the Edinburgh Fringe, and yes, God’s a woman, because, well, why not? 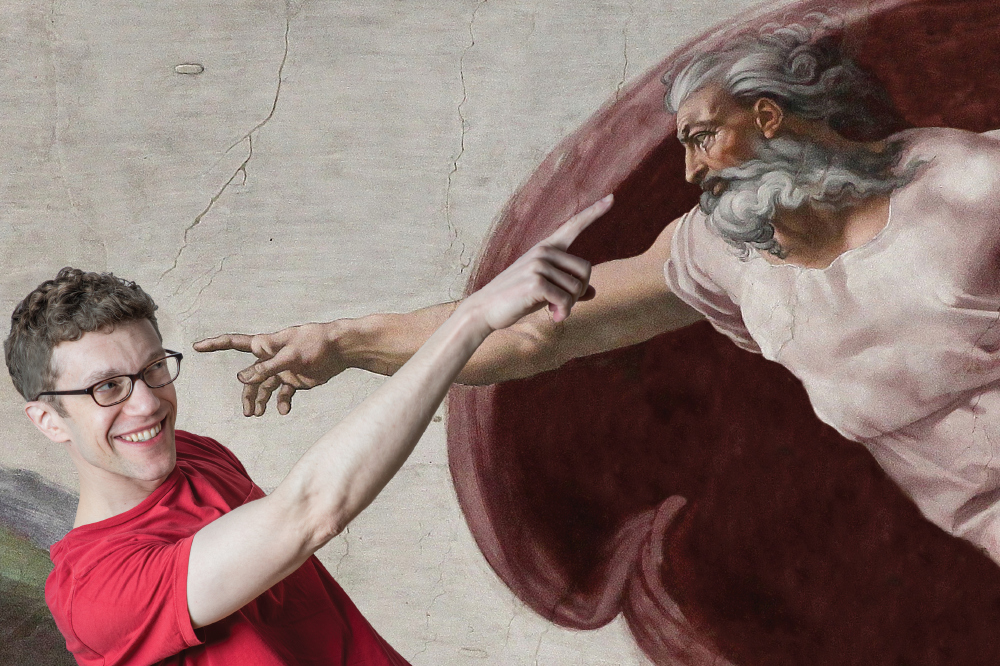 To be honest, if I’m asked why God’s portrayed as a woman in the play, that’s usually my go to answer. I’m of the opinion that God’s always been referred to as a man for the same reason that most people are assumed to be men. Because, often, men wrote the history books and, unsurprisingly, gave themselves starring roles. Fun fact – I recently read that, despite what we’re taught, cave women did just as much as cave men. As Sara Pascoe so brilliantly puts it in her book ‘Animal’; the scientists who discovered evolution were all Victorian men. It’s hardly surprising that they wrote from their own experience of being in the spotlight.

Speaking as a progressive, liberal, culturally Jewish, spiritually challenged, atheist, God’s arguably a character in a very famous story. Given that God made Jesus in his image, who’s to say that God was not made in the storyteller’s image? Also, this play does its best to not be Christian centric and acknowledges that God has been many things to many people. If God is real, no one’s actually seen him, just interpreted him, in a multitude of ways, and, as history (and TV panel shows) teaches us, we imagine what we see represented. If women had been in charge since the dawn of time, I imagine that most books would look a lot different, including the bible.

So, thankfully, this writer has caught up with the 21st century and seen that the all-powerful might not need to rely on the gender stereotyping of yesteryear. Not to get too theological, but even if God was traditionally a man, which maybe suited the patriarchal confines of centuries past, who is to say that God doesn’t change to stay relevant? The God of 2017 would absolutely be a woman, or a gay man, or gender non-binary, or trans, or probably an app.

Now I’ve got all that off my chest, there are some other reasons that it really works having a woman as God in this play. Firstly, it’s surprising. Theatre dies unless it does the unexpected. Secondly, this version of God is super refreshing. Also, as Richard quite rightly pointed out, women create life. There is something maternal about this role, but I also really enjoy playing her as slightly selfish. My version of God is dry with a penchant for puns, I revel in her flippancy. It was important to me not to put the character on a pedestal. You cannot perform an idea. The character I’ve developed feels intrinsically human, capable of making mistakes. This is the most fun I have had from not quite on stage and, to be honest, it’s just really great to be in charge.

(Keep up with my ever evolving twitter profile: @sarsbars89).