Wilson Dixon writes a piece for us upon the release of his new show For The First Time.

Being a country singer, I don’t know so much about what is funny, I know more about things like heartbreak, dysfunction and people doing the wrong things at the wrong time - which generally aren’t funny.  I should add that in a situation where someone does the wrong thing at the wrong time, those two wrong things don’t make a right thing, it’s just wrong two times over. Like when you drop a hair dryer into a bath (wrong) while it is filled with water (also wrong). 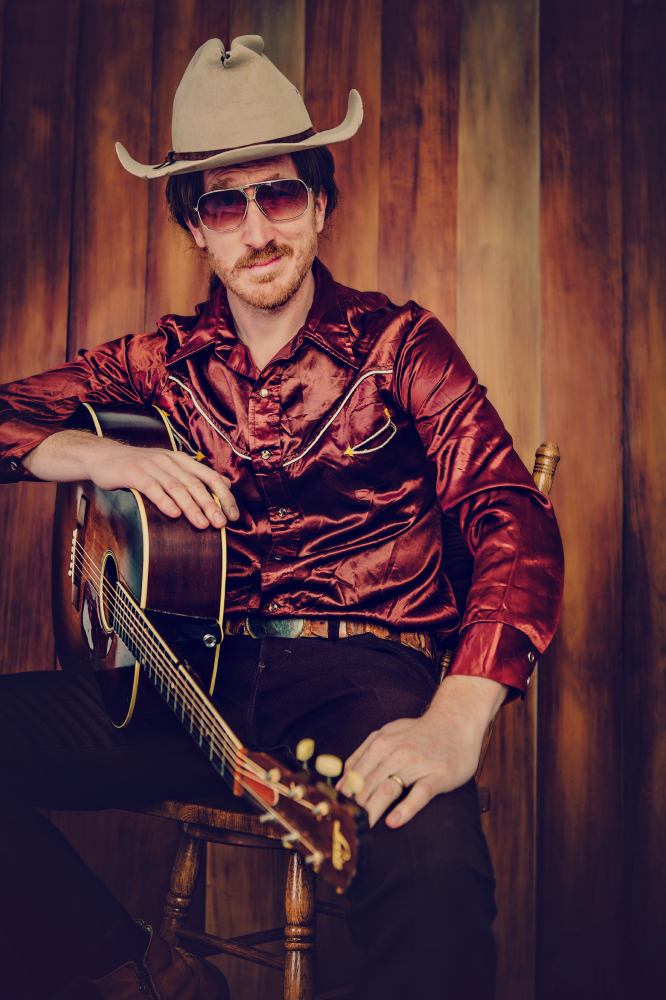 That being said, when things like heartbreak, dysfunction and the wrong things being done happen to other people, that can be funny – mainly because they’re happening to other people. Like all those internet videos where people get frights or get attacked by swans or a drunk person dancing at a wedding pole dances on the pole that’s supporting the marquee and pulls the whole tent down.

So with that in mind here are some things from my life that you’ll probably find funny because they haven’t happened to you.

My ex-wife Maureen ran off with another man although she didn’t run far, only as far as my next-door neighbour’s house. It wasn’t a fitness issue – she could’ve run further. She is still living there too, which in my opinion gets less funny by the day (or probably more funny from your perspective).

My Uncle Cleetus once built a firebreak around a lake because he got all freaked out by that song Smoke On The Water. Again, that’s funny if you’re not my Uncle Cleetus. He did get a lot of firewood as a result of that though so I guess, silver linings.

I once went home with a lady and just as we were becoming intimate I saw a photo on her wall of a family reunion that I’ve also got.

My horse Andrew and I have a long running feud. He kicked me in the head years ago over a minor disagreement over some hay. Recently he’s been coming into my room and watching me while I sleep. Not cool.

My Uncle Cleetus is illiterate and ambidextrous meaning he’s unable to write with both hands.

My Uncle Lefty once ran into a bear while walking through the woods – just after he’d spilt a can of salmon on his jeans.

My sister Darlene has got 4 kids to 5 different fathers.

My ex-wife’s new partner is a carpet salesman called Dwayne. That’s probably not that funny but selling carpet is.

Once at a family picnic we got swarmed by bees. At the time I was tied up to my elderly Grandma for a three-legged race.

I once went to New Zealand, and found out that lots of the birds there don’t fly anymore. That to me is funny. A bird that is so laid back it decides to walk around instead? That’s extreme confidence… or laziness. Not sure which.

Wilson Dixon: For the First Time. Again is touring from the 25th June – 4th July. For dates and tickets, see www.wilsondixon.com