Leeds Art Walk delves into the work of one of the world's finest contemporary female artists.

Contemporary artists have been expressing the agony and upheavals of womanhood for decades, from Frida Kahlo's graphic paintings of childbirth and miscarriage in the 1930s to Tracey Emin's display of her own bed after weeks of casual sex, drinking and smoking in the 90s. Rupi Kaur, Carina Ubeda and Sarah Levy even used menstrual blood in their artwork. But Senga Nengudi took a more abstract view of the female form with her use of nylon tights. 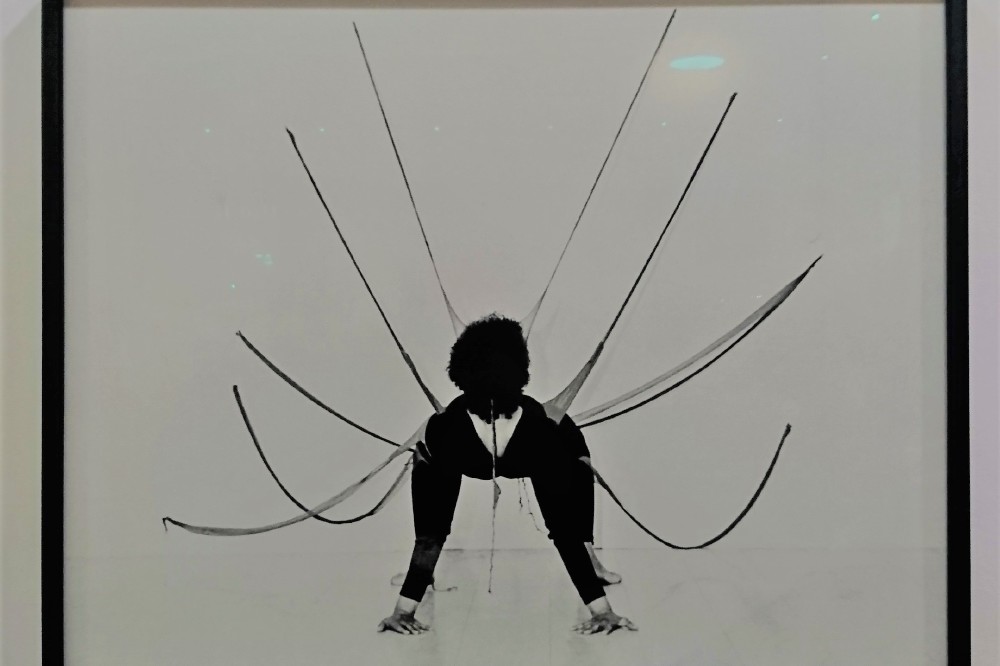 As part of Leeds Art Walk this week - a free monthly tour of exhibitions hosted by Pavilion in collaboration with The Leeds Library and the Henry Moore Institute - attendees were brought on a journey into Senga Nengudi's prolific career. Born in Chicago and raised in Los Angeles, Senga has become famous for her avant-garde explorations of culture, gender and the human body.

She's most famous for her 1975-77 R.S.V.P. series which features sculptures made from nylon hosiery twisted, stretched, torn, knotted and filled with sand. The work was inspired by the changes in her own body during pregnancy and following childbirth, representing voluminous bottoms and stomachs, sagging breasts, the uterus, and even labia.

The sculptures first appeared at a gallery in New York called JAM (Just Above Midtown) and some incorporated the use of wooden slats, pieces of metal and other random materials. Some of the work included performance art pieces, both in live settings and photographed, often with collaborator Maren Hassinger.

The elasticity of the nylon mirrors the stretchiness of the body, and the different colours are Senga's attempt to weave in themes of racial identity. The strange contortions and unusual media have an air of humour about it, reflecting society's attitude towards women's bodies. That they are either sexualised or ridiculed. Stockings often have sexual connotations, but when woven together and reinforced as tights to hold in the stomach and smooth out the skin become something that ought to be hidden away.

The sculptures themselves are fragile and held together with tension; words that can also be used to describe the effect that society's beauty standards, with regards to female bodies, have on women. The name "R.S.V.P." is likely a reference to the artist's intention for the sculptures to be interacted with, to be touched, implying how the world sees women as less desirable as their bodies expand and change.

Senga found amusement in the fact that she could carry the contents of an entire exhibition in one handbag; indeed, there is something deeply private about a woman's handbag. They represent areas where men are hesitant to go for fear of what sort of "ladies things" they may encounter. Sigmund Freud even likened the handbag to female genitalia in his 1899 book The Interpretation of Dreams.

But the beauty about Senga Nengudi is that her artistic focus reaches far beyond the realms of women's issues. She explores gender and race with the inclusion of all people. Another one of her most evocative works is the aptly named Bulimia. The Henry Moore Institute presents a small room papered with old newspapers and smeared with gold paint. Certain words are highlighted to draw our attention to our own habits as a society. It's an exploration of how we binge on information and material goods, before purging ourselves of it.

Amazingly, Senga faced criticism, being an African-American woman, for not focusing her art solely on her culture and gender. Indeed, as long as we're telling women that they're only allowed to create art relating to female empowerment, sexism will always be prominent. As long as we're telling black people that they can only explore their own culture, racism will never be eradicated.

Pavilion is a "visual arts commissioning organisation", working with a variety of contemporary artists to produce new and exciting exhibitions. Founded in 1983 by Fine Art graduates from the University of Leeds, it was originally established as the UK's first Women's Photography Centre. The University houses the first 10 years of Pavilion's activity within the Feminist Archive North, but since then they've branched into all areas of the arts. 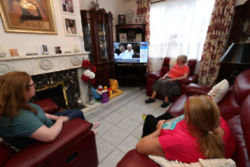 Tired of TV? What to do During Self Isolation