My favourite comedians by Zach Zucker

Zach Zucker writes a piece for Female First upon the release of his new show Jack Tucker: Comedy Stand Up Hour at the Edinburgh Fringe Festival.

Astonishingly killer character comedy in JACK TUCKER: COMEDY STAND UP HOUR sees Zach Zucker lampoon every bad joke and hack comic in the book with conviction that has had audiences as extremely baffled, as they are entertained. Here Zach talks to Female First about his favourite “idiot and genius” comedians. 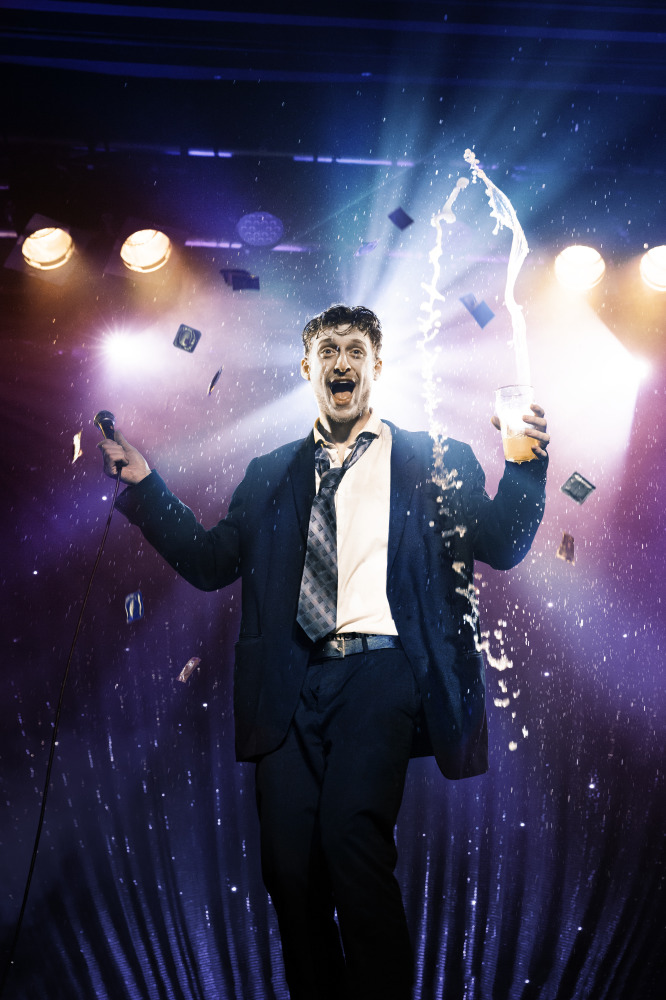 My favourite comedians are risky, physical performers who constantly surprise their audiences by subverting and challenging their ideas of what comedy 'is' or can be.

There's a special group of comedians out there who live in the space between idiot and genius so masterfully, you aren't able to explain what you saw or why you're laughing, but you can't stop thinking about it. You're not sure if you're witnessing a great artistic piece or sitting through the dumbest thing that's ever been performed. Both these feelings have equal value, and I'm constantly in awe when I find them together. It's different than the standard, witty, head-laugh, because the joke doesn't fade after you hear it. You might not always remember what happened during these shows, but they hit you right in the gut, in a raw, primal way that can't always be explained.

There are a handful of modern performers that ride this balance in an exciting and innovative way - people like Tom Walker, Sam Campbell, Demi Lardner, and Trygve Wakenshaw, to name a few. I always leave their shows with a completely different perspective on what I find funny, what's possible onstage, and what I'm interested in making. While the four of them do vastly different shows, ranging in mime, props, characters, cringe comedy, surrealism and anti-comedy, they all take massive risks which makes their work feel dangerous. I've never articulated it like this before, but you can feel they went through trials of deep failure to be able to navigate this artistic space so confidently and freely. There's also a strong ethos of punk in their shows – they're defying the norm and going against what 'traditional comedy' is known to be.

The most mainstream examples of this would be Tim & Eric who are considered pioneers of modern alternative, absurdist humour in its many forms, back in America. Tim & Eric: Awesome Show Great Job! has directly inspired practically every 'weird' performer that's come up in the last 15 to20 years. Whether you've seen the show or not, someone that you're influenced by has. Even if they haven't seen it, they've probably crammed in hours of the anarchic, frenetically-edited, Eric Andrew Show or a polarizing, live-set from American's Funnyman Neil Hamburger, all of whom are collaborators.

While I have seen every episode of Tim & Eric, The Eric Andre Show, and been lucky enough to share the stage with Hamburger, my biggest influence has to be Sacha Baron Cohen.

Sacha has been pushing the boundaries for as long as he's had a platform. He's a cultural icon whose career spans over three decades, from The 11 O'Clock Show, to Da Ali G Show, to his latest offering Who Is America. His commitment to his characters is unlike anyone else, each one with their own unique physicality and point of view that goes farther than the one before it. He creates these lovable idiots that disarm his guests, allowing them to reveal their raw, honest, and often problematic beliefs. He's arguably the most recognizable comedian in the world, yet he's able to hide in plain sight. Every time Sacha walks into a room, you know he's going to do something, yet he's always one step ahead of us. When he does make his move, he highlights something that's been right in front of us this whole time, changing the way we talk, think and react to similar social instances in the future. That's what separates him from the best of the rest.