Starring the crème of British acting talent, Anna Karenina is a must-own movie for anyone who adores love, beauty and cinematic style, available on DVD, Blu-ray with UV Digital Copy and Download from 4th February.

Set in the sumptuous and vibrant late 19th century imperial Russia, this visually stunning movie is a powerful ode to affairs of the heart, that will set pulses racing. Watch in awe as the married aristocrat Anna Karenina (Keira Knightley - Atonement) enters into a life-changing affair with the dashing young Count Vronsky (Aaron Taylor-Johnson - Savages).

1874, St Petersburg, the beautiful socialite Anna Karenina is at the peak of her social status having married and borne a son to high-ranking government official Karenin (Jude Law - Sherlock Holmes).

After Anna’s chance encounter with the well-connected Countess Vronsky (Olivia Williams - Hanna) on a train journey to visit her charismatic and unfaithful brother Oblonsky (Matthew Macfadyen - The Three Musketeers), she is introduced to the Countess’ handsom military son Vronsky, one of Moscow’s most eligible bachelors.

Unable to deny the tension in the air, Anna and Vronsky swiftly embark on a passionate affair, resulting in catastrophic consequences. As the couple face a series of hurdles such the controversy of a marital affair within the Russian high society, the distractions that a charming young officer faces, and Anna’s battle with her own insecurities, the two undergo a journey of love, drama and tragedy of epic proportions.

Whilst the passionate love story of Anna and Vronsky unravels, explore a full spectrum of love in Anna Karenina, with a host of dynamic tales of adoration weaved throughout the film.

Watch as the hopeless romantic Levin (Domhnall Gleeson - Harry Potter and the Deathly Hallows) struggles with his unrequited love for the beautiful young debutante Kitty (Alicia Vikander - A Royal Affair), and experience heartbreak as Anna’s struggles to balance the unconditional love for her son with the undivided love she feels for Vronsky. 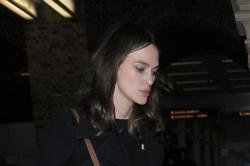 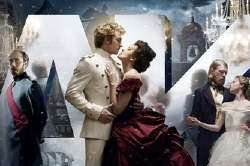 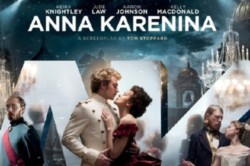