Director Lasse Hallström’s warm and witty adap¬tation of Paul Torday’s bestselling novel, Salmon Fishing In The Yemen stars Ewan McGregor (Angels & Demons, The Men Who Stare At Goats), Emily Blunt (The Young Victoria, The Devil Wears Prada), a hilarious turn from Kristin Scott Thomas (Bel Amie, I’ve Loved You So Long) and will be available to rent and own on Blu-ray and DVD from 3rd September.

Fishing expert Fred Jones (McGregor) is approached by workaholic Harriet (Blunt) with a plan to introduce salmon into the waterways of Yemen so her client - the amiable Sheikh Muhammed - can fish there.

The seemingly crazy idea attracts the attention of the British government who hijack it with a view to creating a positive story about the Middle East.

Despite Fred’s protests he soon finds himself working on a project that seems not only frivolous but absolutely unfeasible in the arid land of Yemen.

His scepticismis matched only by the sheikh’s boundless optimism. As the bizarre mission begins, they soon find that hope can spring - even in the most unexpected places!

Tagged in Salmon Fishing in the Yemen 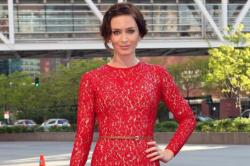 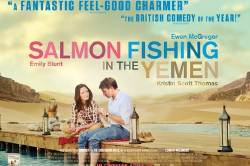 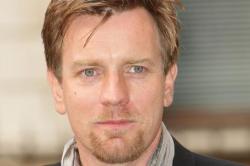