The thrilling, terrifying and gripping adventures of the Winchester brothers continues as Supernatural: Season 6,Volume 1 comes to DVD from 29th August, 2011 courtesy of Warner Home Video.

One year later and Dean Winchester is still wandering the back roads of middle America, trying to piece his life together when his brother makes a surprise return.

With the brothers reunited, and rejoined by longtime friends Bobby (Jim Beaver - TV’s Harper’s Island and Deadwood) and fallen angel Castiel (Misha Collins - TV’s ER and 24), the team must establish what happened to Sam in Hell and prepare for yet another confrontation as a brand new threat rises.

Supernatural: Season 6, Part 1 features the first 11 episodes in what many fans have called the best season yet. Released on 29th August, there’s never been a better time to join the fight! 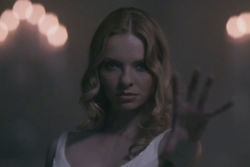 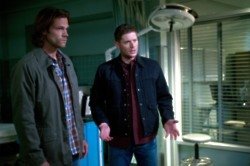