Jolie - Zahara's Family Want To Bring Tot Back To Africa.

Jolie - Zahara's Family Want To Bring Tot Back To Africa....

Members of Angelina Jolie's adopted daughter's lost family have come forward in an effort to reclaim the Ethiopian child who was close to death and riddled with disease when the actress rescued her from an orphanage.Little Zahara Jolie-Pitt's grandmother claims the Aids orphan's paperwork is not correct - insisting that her granddaughter's mother is still alive.The adoption papers, which have been obtained by American magazine In Touch Weekly, clearly state that Zahara has a grandmother and extended family alive in Africa - but no living parents.But now the grandmother insists her daughter, Mentewab Dawit Lebiso, never died - and she's Zahara's mum.The woman claiming to be the mother tells In Touch, "I want my daughter to come home to see where she is from."Her grandmother and I both tried very hard to raise her, and I want her to come home to regain her identity."And little Zahara's aunt, Zinash Haile Yenero, is upset that Jolie didn't make sure the child's paperwork was correct before adopting her, and she's angry the actress hasn't brought her daughter back to her homeland.She rants, "My mother was very sad. At one point she was even thinking of trying to find a way to bring her grandchild back, but she has no money, so she can't."

The new article is sure to upset Jolie and partner Brad Pitt, but friends insist the actress will stand firm.

On pal says, "She believes that Zahara is an orphan and the woman who claims to be her mom is mistaken."

"Zahara was days away from death and Angelina saved that child. As far as she is concerned, that bonded her to that little girl forever." 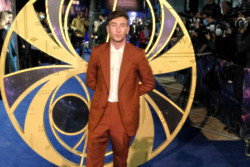 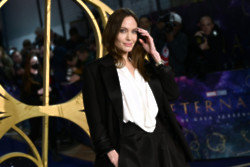 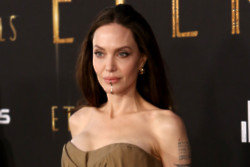 New device can spot when someone is lying

Investigator claims to have found Bigfoot...