County Judge Wed Dern the Day After Streisand And Gould

At least we could talk to each other and say, 'Honey, do you have a mint? I'm sorry but I just had a peanut butter sandwich.'

Roberts says, "At least we could talk to each other and say, 'Honey, do you have a mint? I'm sorry but I just had a peanut butter sandwich.'" Laura Dern's movie star father Bruce Dern wed his third and current wife, Andrea Beckett, the day after the same Nevada judge married Barbra Streisand and Elliott Gould.

The Great Gatsby star surprised his girlfriend with a wintery proposal the morning after completing a marathon in Lake Tahoe in 1969 - and insisted they wed that day, but he had no idea they'd almost be sharing an anniversary with a doomed Hollywood supercouple.

Dern tells Wenn, "It was snowing and it was just beautiful and I said, 'You know what, why don't we get married?' Carson City was just down the hill and there's no blood test there - and she's terrified of needles.

"We went to the county court judge, who was out to lunch, so we walked around and I got a leaf from the maple tree in the yard and gave it to her as her bouquet. When he got back he married us and, as we were walking out, he said, 'You know, I married Barbra Streisand and Elliott Gould yesterday!'

"We know how well that turned out!" Dern and his wife will celebrate their 40th wedding anniversary later this year (Oct09); Streisand and Gould's marriage lasted eight years. 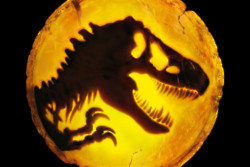 Jurassic World: Dominion is pushed back a year