If I was at a dinner with several people round a table, I could not assimilate the flow of conversation

Former Bond girl Maryam D'Abo was so afflicted after suffering a brain haemorrhage, she was terrified of crossing a road or eating in a restaurant.

The English actress, who starred in 1987 007 movie The Living Daylights, cheated death in 2006 when she collapsed while exercising at a pal's home in Los Angeles.

Doctors performed life-saving surgery and d'Abo has since made a full recovery, but for months after her medical emergency, the actress struggled to re-adjust to life.

She says, "(I) was frightened of everything, unable to cross a road, or to eat in a restaurant... I can't put things in order now. And for some time afterwards, I could not watch a foreign film and read the subtitles at the same time. If I was at a dinner with several people round a table, I could not assimilate the flow of conversation."

D'Abo's experience inspired her to shoot a BBC documentary highlighting the effects of a brain haemorrhage, featuring interviews with stars including music producer Quincy Jones and guitarist Pat Martino, who have both recovered from near-fatal aneurysms. 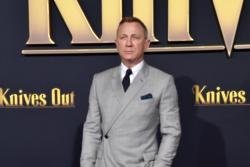 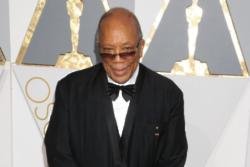