But, you know, no one's perfect, everyone makes mistakes

Teen acting sensation Dakota Fanning has assured fans they can rely on her as a good role model - but insists her followers must accept she will make mistakes along the way.

The 15 year old came to prominence after her acclaimed turns in Man on Fire and War of the Worlds, and is the youngest person ever nominated fora Screen Actors Guild Award - for her 2001 turn in I Am Sam, when she was aged just seven.

And Fanning isn't fazed by the pressure put on young stars to be role models - but warns that even the most clean-cut celebrities are liable to make mistakes.

She tells V magazine, "I think that when you're in the public eye, you automatically become a role model, because people are reading about you and looking at pictures of stuff you've done.

"But, you know, no one's perfect, everyone makes mistakes. I have made mistakes and I will make mistakes. I'm only human". 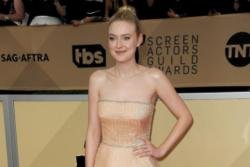 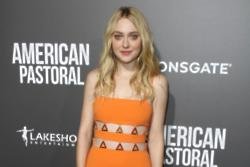 Dakota Fanning: I was starstruck by the Friends cast 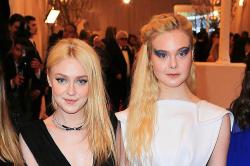 Dakota and Elle Fanning to star in The Nightingale