All Go On X-files Sequel With Duchovny & Anderson.

All Go On X-files Sequel With Duchovny & Anderson.... David Duchovny has confirmed a sequel to the X-Files movie is in the works - with himself and Gillian Anderson reprising the characters that made them famous.The actor, who played Agent Fox Mulder in both the cult TV series and 1998 movie, reveals X-Files creator Chris Carter and writer Frank Spotnitz are busy working on a script for the new film.The news comes after weeks of speculation surrounding Anderson's involvement in the project.Duchovny says, "This week, they're starting some kind of road towards doing it (the film). Gillian and I both want to be in it now. We're happy to do it."At this point all of the kind of fatigue and anxiety that we had towards the end of a nine-year run is gone."He jokes, "We've forgotten why we hate one another and can only remember why we love one another and we're very happy to go back."Chris and Frank are going over the story. It's a story they've had for a few years but we haven't all settled on the fact that we wanted to do it, so now they're hammering it out." 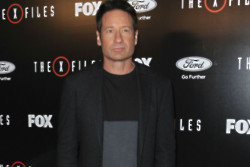 David Duchovny admits learning to play guitar has been 'tough' 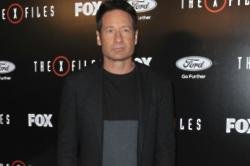 David Duchovny to star in The Craft