Jenna Jameson lifts the lid on the celebrities she claims have hit on her and the list includes Cindy Crawford. The former adult movie star and millionaire reveals all in her book âHow to Make Love Like a Porn Star" published by Regan Books.Jameson recounts her encounter with the supermodel, whom she met while Jameson was doing a guest-hosting session on the E! Channel. Jenna writes "I kept getting a weird vibe from her," Jameson a self confessed bisexual who's had sex with hundreds of women wrote. "I knew what it meant, because I'd experienced it so many times before, but I kept dismissing it. It couldn't be true: she was Cindy Crawford, after all." The adult film star writes "When I turned my back, Cindy reached over and rubbed the back of my neck. 'Ooh,' she cooed. 'Look at your beautiful tattoo!' "She touched my neck so softly and sensually" she goes on "It was too much. She was so larger than life that I couldn't even imagine running my tongue along that trademark mole of hers. So I excused myself to get a drink"On another occasion, Jameson had was in the company of Wesley Snipes, his chat up line was, "Do you like it up the *****?" Jameson was not fazed by the question, "Being a porn star, I was used to such questions," Jameson writes. "But Wesley had no idea I was a porn star. Either way, I was offended. I looked at him blankly, stood up, and walked away. That was the first and last time I ever saw him." Bruce Willis fared only slightly better. At a party once, "He didn't say a word," Jameson recalls, "He pushed me up against the wall and kissed me. After 30 seconds of passionate tongueing, he just walked away without a word." As Jameson was leaving the party, she writes, "A bodyguard walked up to me and said, 'Mr. Willis is waiting in his limousine.' 'He's going to be waiting a long time,' I responded. There's a fine line between confidence and arrogance, and he had crossed it."

Ms Jameson also recounts her sex sessions with the "massively endowed" Marilyn Manson and her encounters with Nicolas Cage who she says smelled like "the distilled sweat of homeless people."

The book has been co wrote with Neil Strauss, and if you have wondered about life as an actress in the adult movie business then this an excellent read, for both male or female. Jenna Jameson is one of the few adult female movie stars to come out of the industry relatively intact and a very rich lady. Read how she accomplished this feat, and get to know the girl behind the smile and blonde hair. 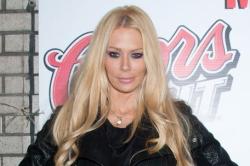 Jenna Jameson: The coronavirus pandemic has been 'disastrous' for my diet 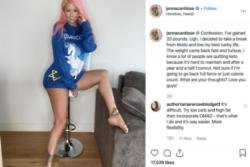