Bracco In Denial About Clinical Depression.

Bracco In Denial About Clinical Depression.... The Sopranos star Lorraine Bracco prolonged her clinical depression diagnosis because she feared the medication she'd be prescribed.The actress fell into a deep depression while fighting former husband Harvey Keitel over the custody of their daughter Stella, and spent years hoping the blues would pass.But, after realising her lows were affecting her family and hampering her career, Bracco sought help.Speaking on the Oprah show yesterday (24May07), the actress said, "I wasn't willing to recognise it earlier; I was very against any kind of medication because I felt, 'Oh my God, I'm an actress, I need my emotions and if I take an anti-depressant, I'll never feel again, and I'm gonna be hooked on them forever.""I was very, very, very wrong about the whole medication thing... I feel it's really what saved me."If I had not gone to the psychiatrist and I had not gone on the medication, I don't know... how far longer (sic) I would have just stayed in that state."

Tagged in The Sopranos 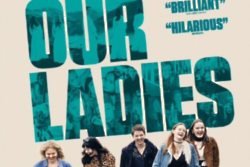 Take a look at the trailer for female-powered film, Our Ladies 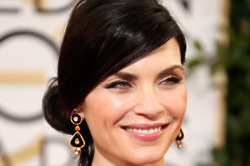 Julianna Margulies Almost Turned Down the Sopranos Over Heroin Scene 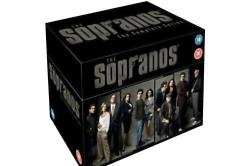 The Sopranos The Complete DVD Collection