The X-Files: Do you believe?

'The X-Files: I Want To Believe' sees paranormal investigators Fox Mulder and Dana Scully, played by David Duchovny and Gillian Anderson, reunited on the big screen for the second time - pleasing millions of fans worldwide.Based on hit US TV show 'The X-Files', which ran from 1993 to 2002, the film sees Mulder and Scully investigating the disappearance of an FBI agent, and subsequent disappearances of other young women.As creator of the show and 1998 film 'The X-Files', Chris Carter had a lot to live up to with the new movie - especially as fans had been angling for a second film for some time - but thinks he stuck to the formula which first made the sci-fi show such a success."The film encompasses all the best things people loved about the show," he said. "It's scary, creepy, and has a good mystery. With 'The X-Files', we often scared people by what they didn't show, and we use that device for the movie as well."Chris - an unlikely candidate for the creator of such a spooky show, being a blonde-haired Californian surfer - also revealed he found it tough to keep the storyline of the new movie under wraps."I was real paranoid about people finding out what happens in it," he said. "We photocopied the script on red paper. I put out dummy scenes. I didn't write a very important scene I knew wouldn't be filmed until the spring, and I provided lots of opportunities for misinterpretation. "I realise that I sound as paranoid and secretive as the show itself, but there are some things that are meant to be secrets.

Starring alongside Duchovny and Anderson is Scottish comedian Billy Connolly who plays a paedophiliac psychic priest with the ability to see certain aspects of the crime scene.

While his 'skill' is embraced by Mulder - especially when he finds a severed arm buried in thousands of miles of snow and his eyes start bleeding following a particularly violent vision - Scully is less than convinced and suspects he is a conman.

Anderson herself admits she has some doubts about the existence of an alien life force, but is inclined to believe there is something "out there".

"My belief about extraterrestrials boils down to a belief that we are humans on a planet in the midst of so many planets that we can't even fathom it," Anderson has previously explained. "To think we are the only life forms is somewhat egocentric of us."

But Duchovny is more accepting of the possibility, even though he admits being so is somewhat "exhausting".

Carter says the idea of "faith" was a concept he wanted to come across strongly in the movie.

Both Duchovny and Anderson admit it was hard to get back into character for the film, with Anderson revealing she found it particularly tough.

"I had a really hard time just finding Scully, finding her voice," she said. "I think I must've gone through ten other characters in the process of trying to get to her when I had assumed that I would be able to show up on the first day and it would just be there.

"It wasn't until, I think, day three when we got to work together, not just necessarily in a familiar environment which it really wasn't, but in the environment of each other and the relationship and that it kind of felt natural and familiar and I felt like I'd landed this time."

"The first two weeks I felt a little awkward and I didn't really feel like I wanted to do longer scenes," David added. "I was just fine running around. Then as soon as Gillian and I started working and it was Mulder and Scully, then I kind of remembered what it was all about and that relationship kind of anchored my performance just as I think the relationship anchors this film."

It is the nature of this relationship which is causing controversy amongst fans.

Throughout the TV show, the pairing of Mulder and Scully had always been platonic. While their friendship has grown during the programme and the subsequent films, it is only in this movie that the couple eventually seal their relationship with a kiss.

In a recent interview, Duchovny described the kiss as a "big deal" and explained while some fans might be confused by Mulder and Scully's new relationship - they seem to be living together in the movie - it was meant to reflect the way that life has moved on both literally and cinematically since the pair were last seen on screen together.

However, while Anderson and Duchovny had previously expressed their distress at having to film a sex scene together, the eventual smooch fails to live up to the hype.

Despite arguing throughout 'The X-Files: I Want To Believe', Mulder and Scully eventually put their differences aside.

While most of the loose ends are tied up, Connolly's role is somewhat ambiguous. Even though there is doubt all the way through the film about how genuine Father Joe's talent actually is, the truth is never revealed.

It emerges Father Joe knows the man organising the kidnaps of the women, but how he was able to find the arm or bleed from his eyes is never explained.

Connolly has expressed his surprise at being cast in the film.

Having started his career as a stand-up comedian, he branched into the acting industry in the 1970s but didn't make a name for himself as an actor until he starred alongside Dame Judi Dench in 1997 movie 'Mrs. Brown' - a role for which he was critically acclaimed.

Since proving he has the ability to hold his own in a serious film, Connolly caught the eye of Carter, who wrote the role of Father Joseph Crissman specifically for him.

"That was an extraordinary compliment," Connolly admits. "Chris called and said he wanted to see me about 'The X- Files' movie and I had no idea why. But I was keen to meet him.

"I knew there would be more to him than just a film guy because of the material he'd written. So I went along and he told me he had written this part, Father Joe, a disturbed Catholic priest, with me in mind. I said, 'Oh really?' Then he told me more about the guy and I said, 'Even better'."

Connolly also said he felt more confident playing Crissman because he had experience of Catholicism from his upbringing.

"I have some knowledge of priests, obviously, because I was brought up as a Catholic," he explained. "I have several relatives who are Catholic priests and I had pals at school who became priests. I also have a cousin who is a nun and a cousin who is a missionary priest in Pakistan - and I am an atheist."

Another aspect of the film which is bound to cause some controversy among 'The X-Files' fans is the noticeable absence of any alien presences.

The TV show originally shot to fame because of its outrageously spooky storylines, coupled with Mulder and Scully's ability to solve even the most ridiculous extra-terrestrial crimes.

However, the storyline of the new movie revolves around a non-alien concept, instead focusing on the disappearances of the women.

Despite the poor performance of the film in the US, Carter and the cast have expressed their desire to make a third movie in the series.

"In part three, I think it would probably have to do with aliens," David said. "I think we would have to go back to that kind of mythology and get to the heart of what Mulder was looking for."

So who knows? Will Mulder and Scully return for a third film? Fans certainly want to believe they will. 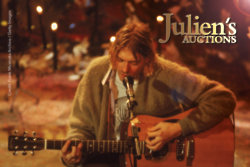 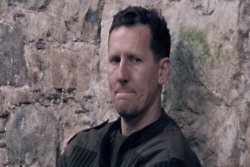 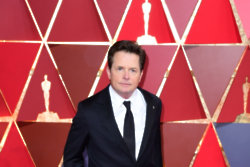